A comedian posted an article on his Facebook from The Hill which he captioned with a joke about Chuck Grassley. Well Facebook decided a joke about old af Grassley was “hate speech” and removed the post within 12hours of posting. 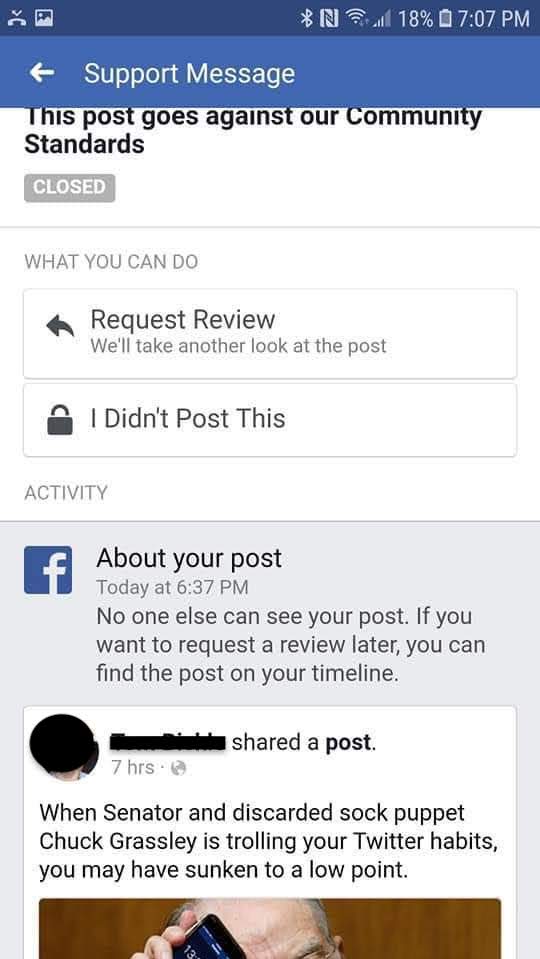 After requesting a 2nd review from Facebook, Facebook promptly notified him that his post was in fact “hate speech” and the post would not be restored. It’s nice to know that when a Muslim woman elected was sent death threats via her Facebook Page, FB said those threats weren’t legit because she was a public figured, however, when dinosaur Chuck Grassley gets his feelings hurt on FB then it’s “hate speech”. 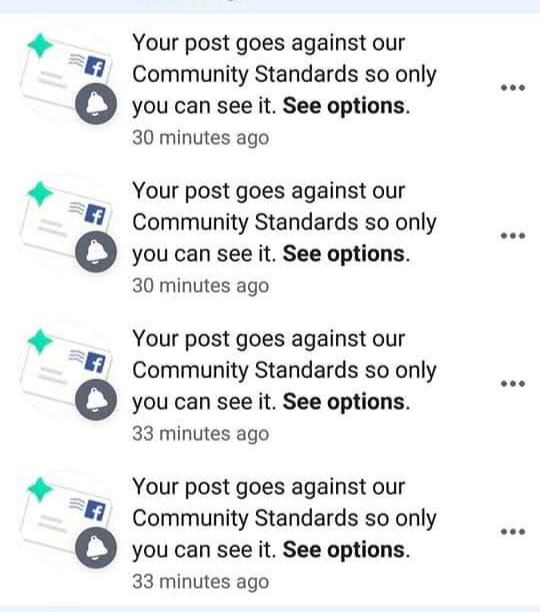