Facebook makes a lot of bold claims, such claims they have repeated made in public statements is that they care about free speech, hilarious! Also, they have claimed to take election integrity seriously, adorable! Then they also said they don’t believe it’s Facebook’s responsibility to fact check ads by politicians run on their platforms, claiming that voters should decide for themselves what is and isn’t a fact, ya know, how facts work…eye roll.

Well, obviously, Facebook lies more often than the political ads they profit off of, so it wasn’t hard to find out that their election integrity they take so seriously can be dismantled for less than $100. In reviewing Facebook’s own published Ad Library report for February 1st, 2020, I found that a page titled “All Lives Matter” ran 2 ads without disclaimers, so I searched the Ad Library by that name to find nothing turn up in the results. Well, that seems odd since the report download is from 2 days ago and you clearly reported this page is running 2 ads currently. So I go to Facebook and do a basic search for the page “All Lives Matter” to no one’s surprise, there are multiple pages and groups with that title. But then, what was interesting to find out so easily was that the top page results from my search were of Facebook Pages run by people not in America pushing very obviously America “pro cop” political ideology and pretending to be an American based group. 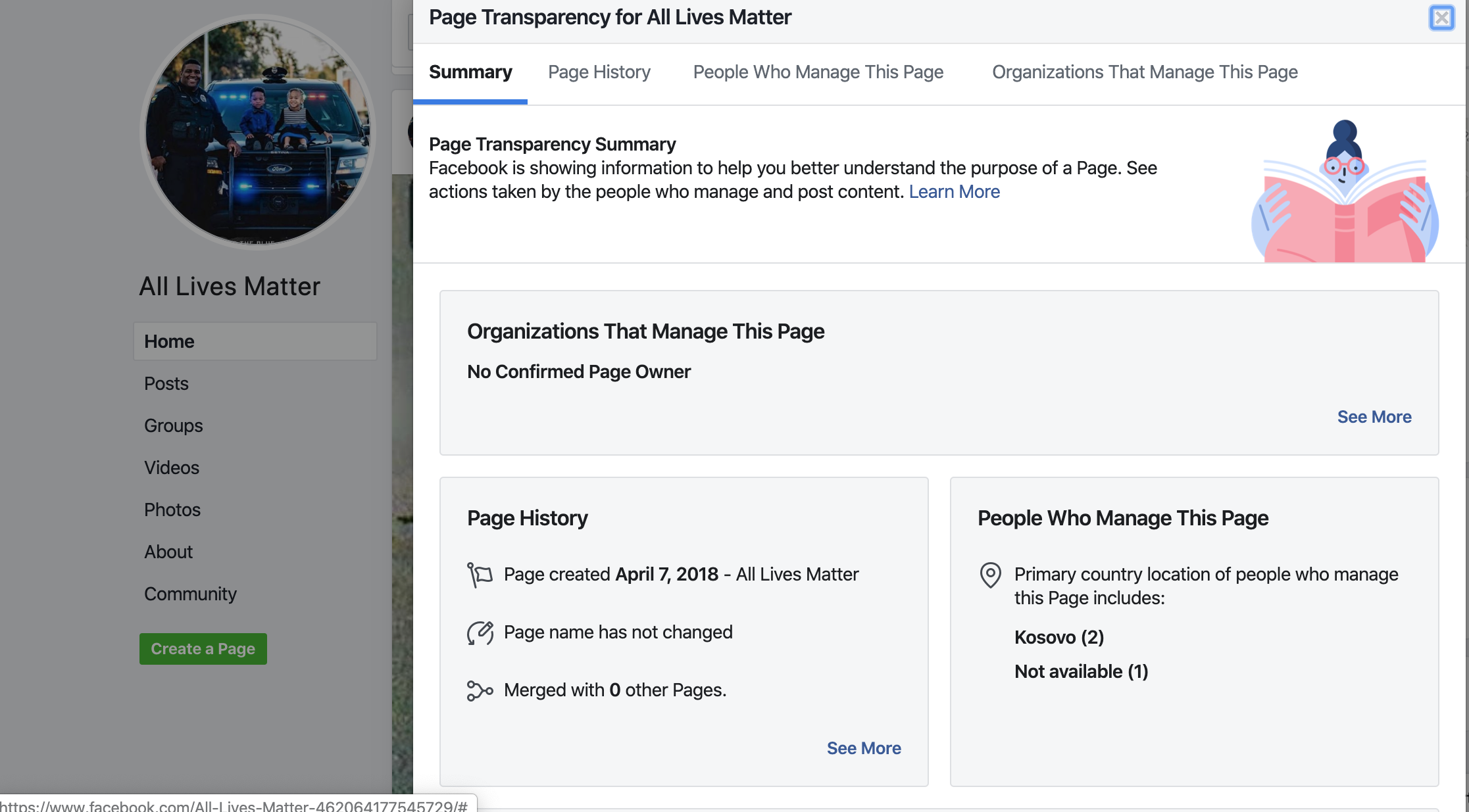 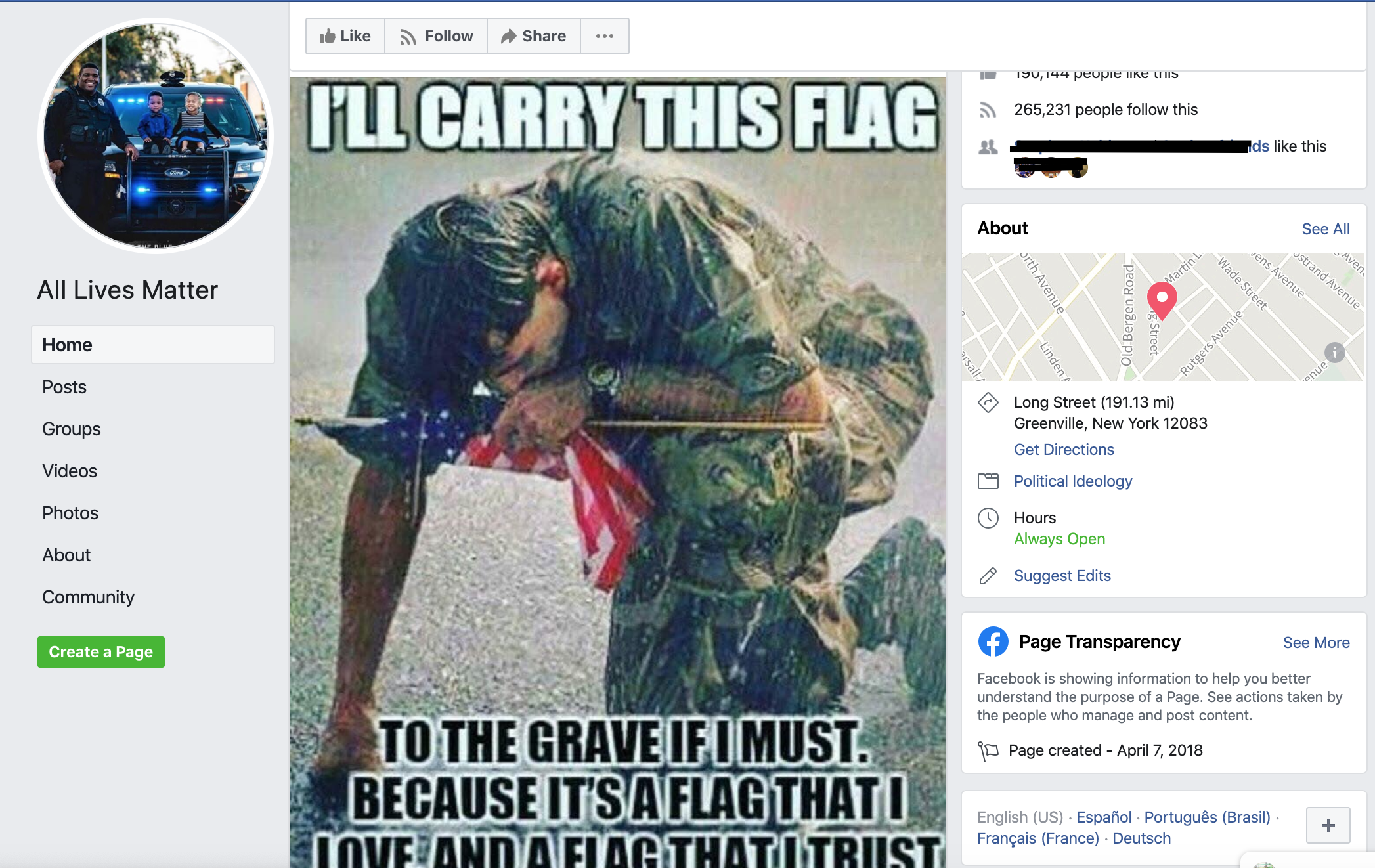 Now this group very much is intending to get people in America to follow and engage with the page and self identifies as political ideology. This page wasn’t the page that recently took out ads however, that FB page was another All Lives Matter page managed by people outside America pretending to be American. 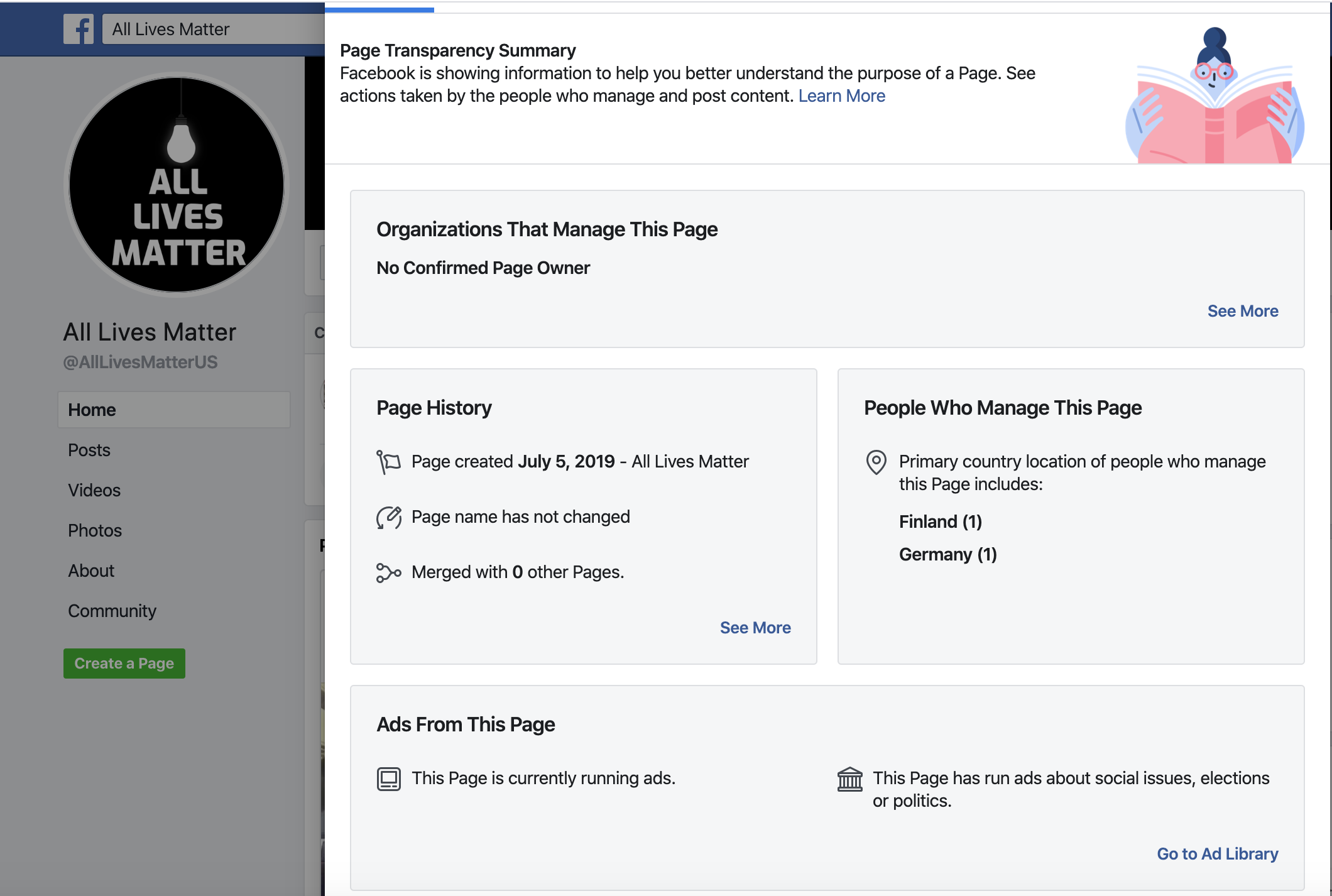 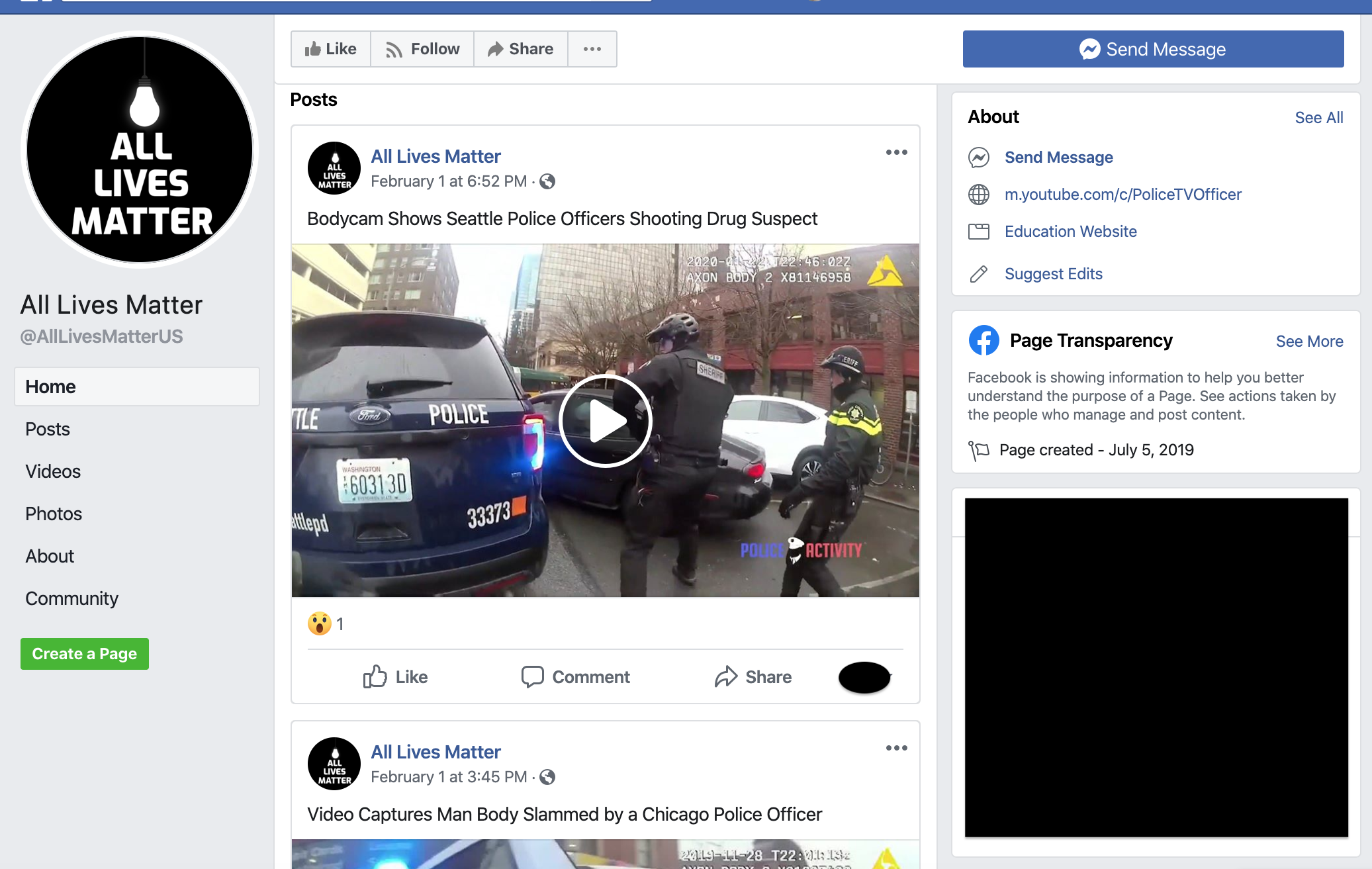 It’s sweet how Facebook, only after they accepted money that wasn’t US currency, approved 2 ads to be run on their platform that were categorized as political ads and went active without a disclaimer. Then, only AFTER the ads were live did Facebook suddenly realize maybe the political ads by this Page may not be within their own ad content policies. Now, Facebook’s Ad Library may claim that both ads are no longer active in the US but there’s no real way to fact check any of Facebook’s claims. The page still identifies they are currently running ads on Facebook, so those ads could in fact still be live but just labeled inactive on the Ad Library to pretend. The Ad was also only run in specific states, California, New York, Texas, and New Jersey was targeted as per the Ad Library.

Still super comforting to know that for less than $100 dollars anyone can get a political ad without a disclaimer to run in America about America politics no matter what country you live in.