A woman got her comment “I hate men” removed and before you think she was just being thirsty for attention, why don’t you take a look at the real context in which she made her comment in response to. 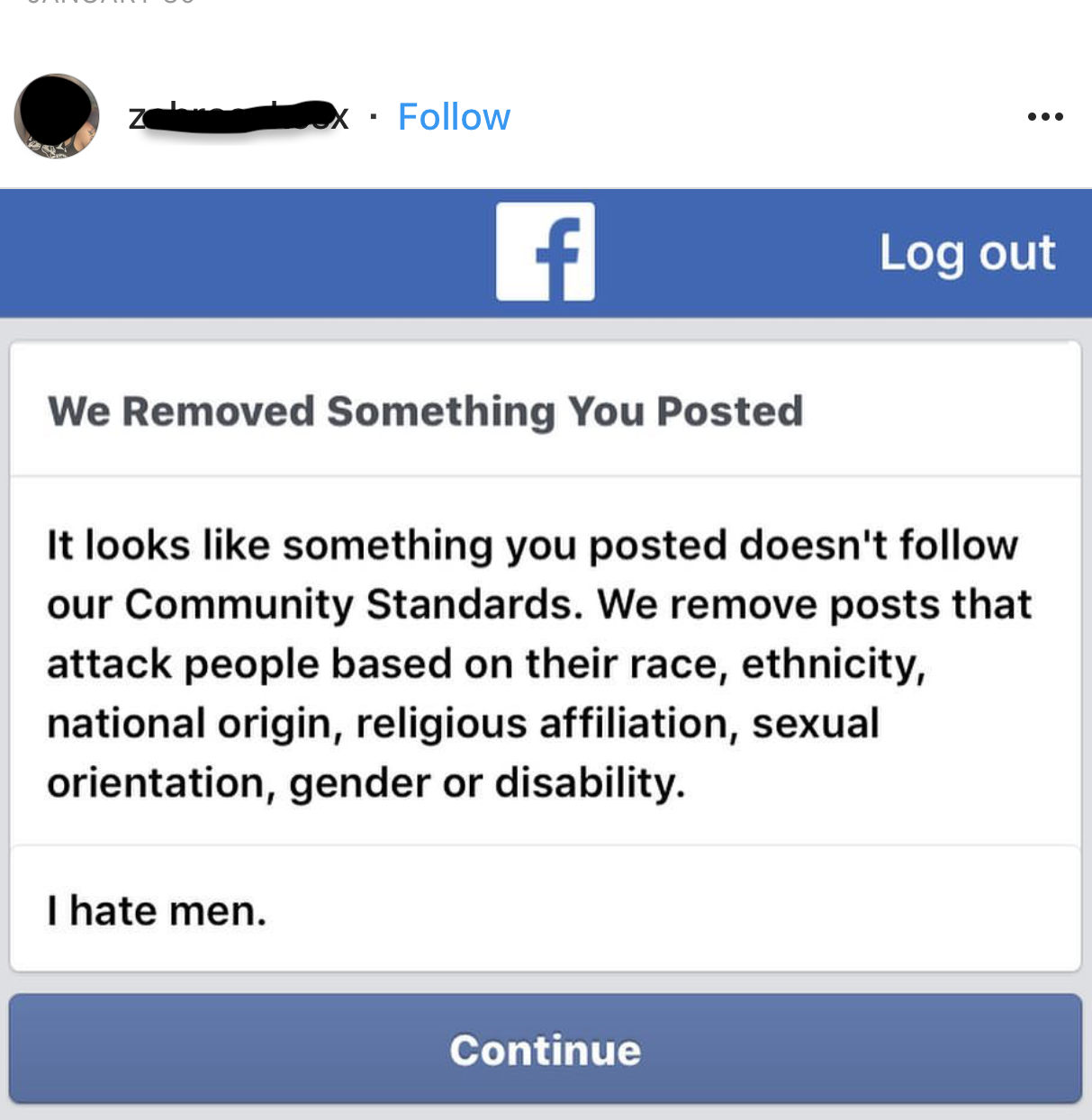 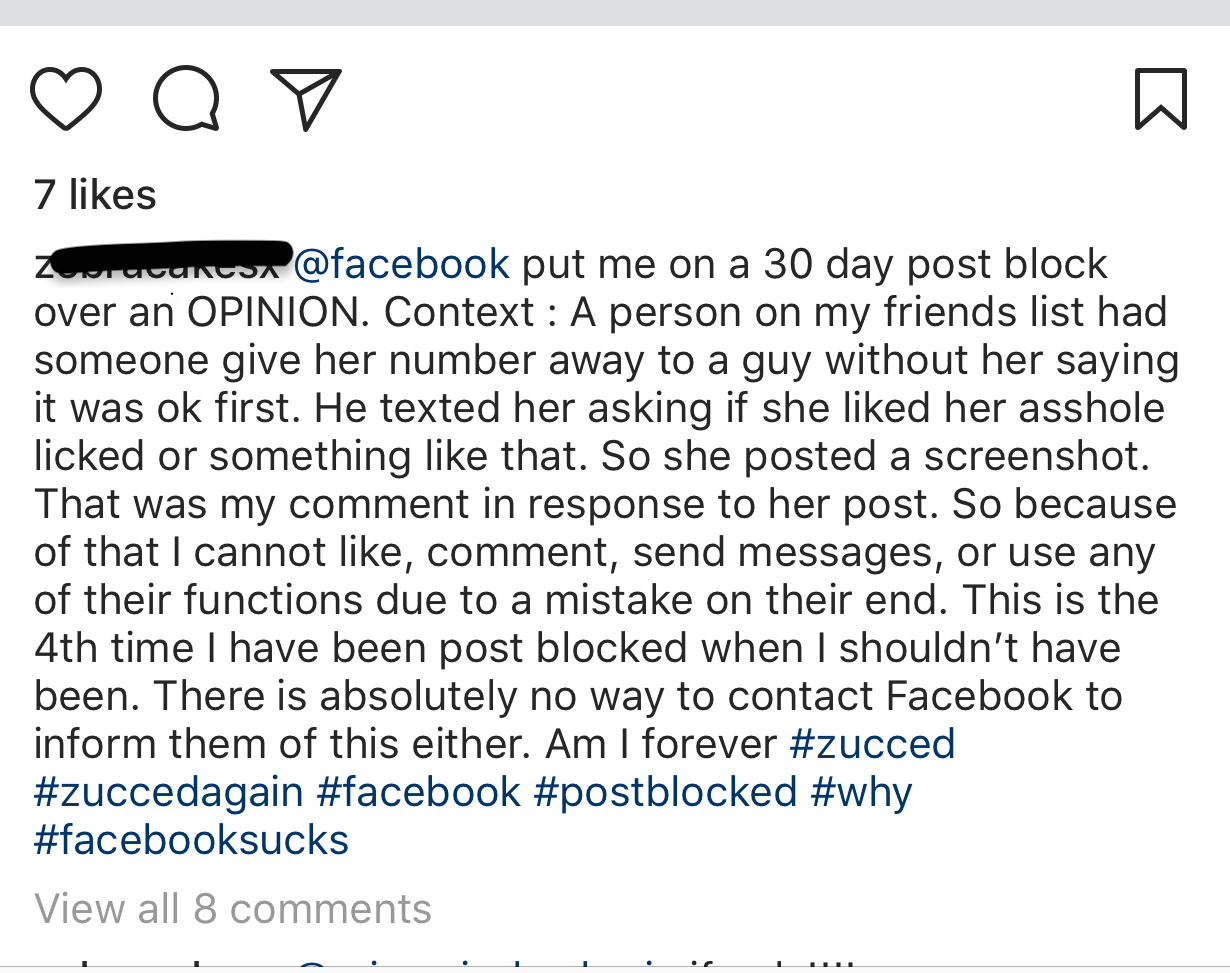 Context matters when reviewing for hate speech, harassment, abuse, etc. Facebook repeatedly says reviewers can’t see who the user is, their profile picture, or the context around the post when reviewing a post reported. Well, maybe reviewers should start being able to see the surrounding contexts, especially if a comment in a thread is being reported. Because without context women are getting punished for speaking out against sexual harassment and abusive behaviors by MEN, and the men making such comments at women get away scot-free.