A Known Hate Group Is Still Allowed On Facebook

A Known Hate Group Is Still Allowed On Facebook

Earlier this week, Buzzfeed reported on a white supremacist group using a new app to trick celebrities into saying antisemitic messages and spread conspiracy theories. And of course that same hate group had Facebook Page which of course got reported for being a hate group that should be shut down and removed from the platform, but that would require FB to take hate and violent content seriously. The report came back saying the Page only sort of violated their community standards but the Page will be allowed to remain on Facebook. Great job Facebook! 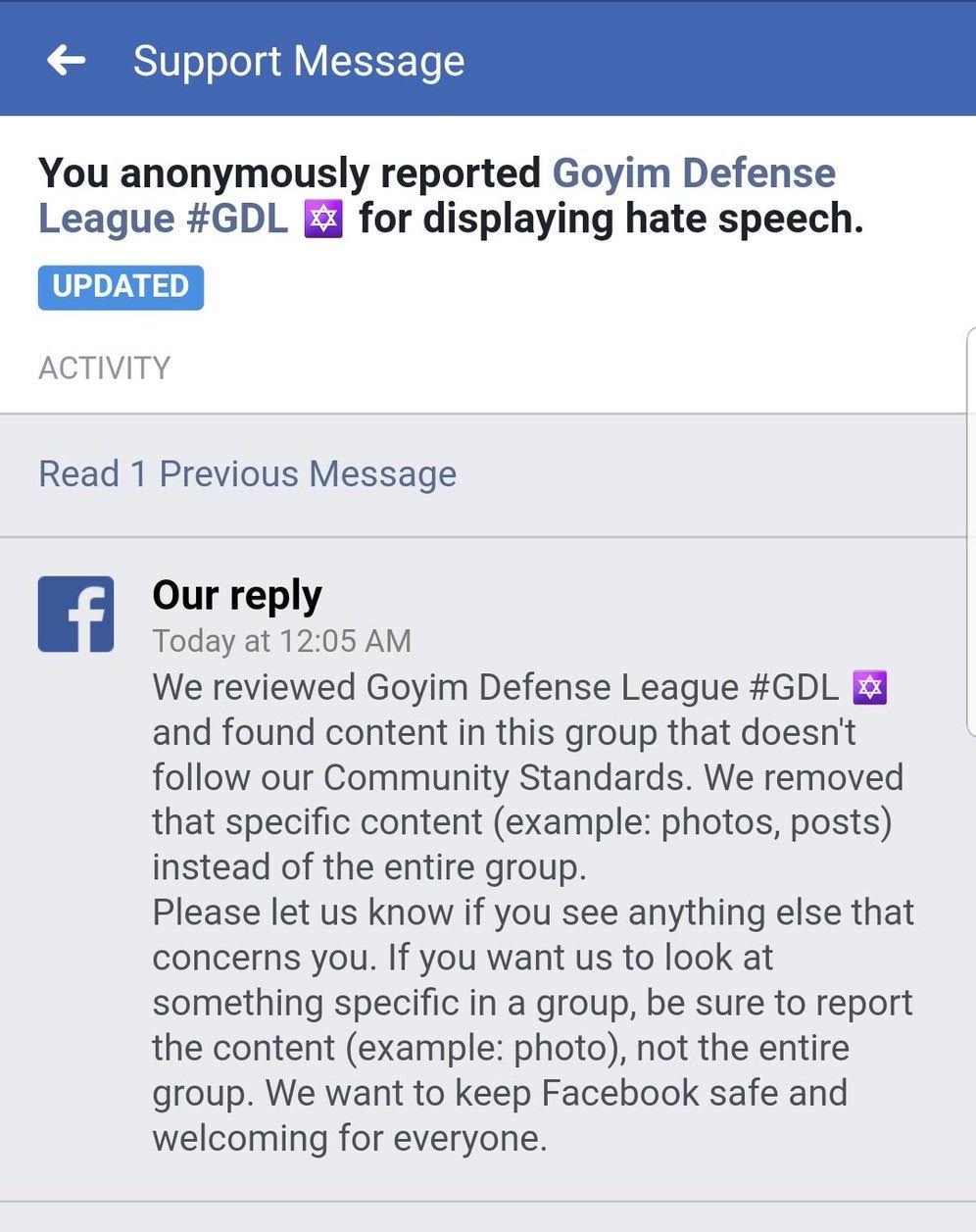