A Fb user, who enjoys being part of groups that are for discussing TV shows they all enjoy and want to talk about their reactions to new episodes was searching for a group that was for talking about the TLC show “My 600 Pound Life”, as she really enjoys watching the show and get’s inspired by the people on the show trying to save their own lives. Well, in her search for a positive group to join she found this one which says up front that whoever created the group did so to aggressively hate on the show and the people on the show. She reported the group as hate sine it says right in the group description it’s a group for hate but sadly, that would make too much sense. 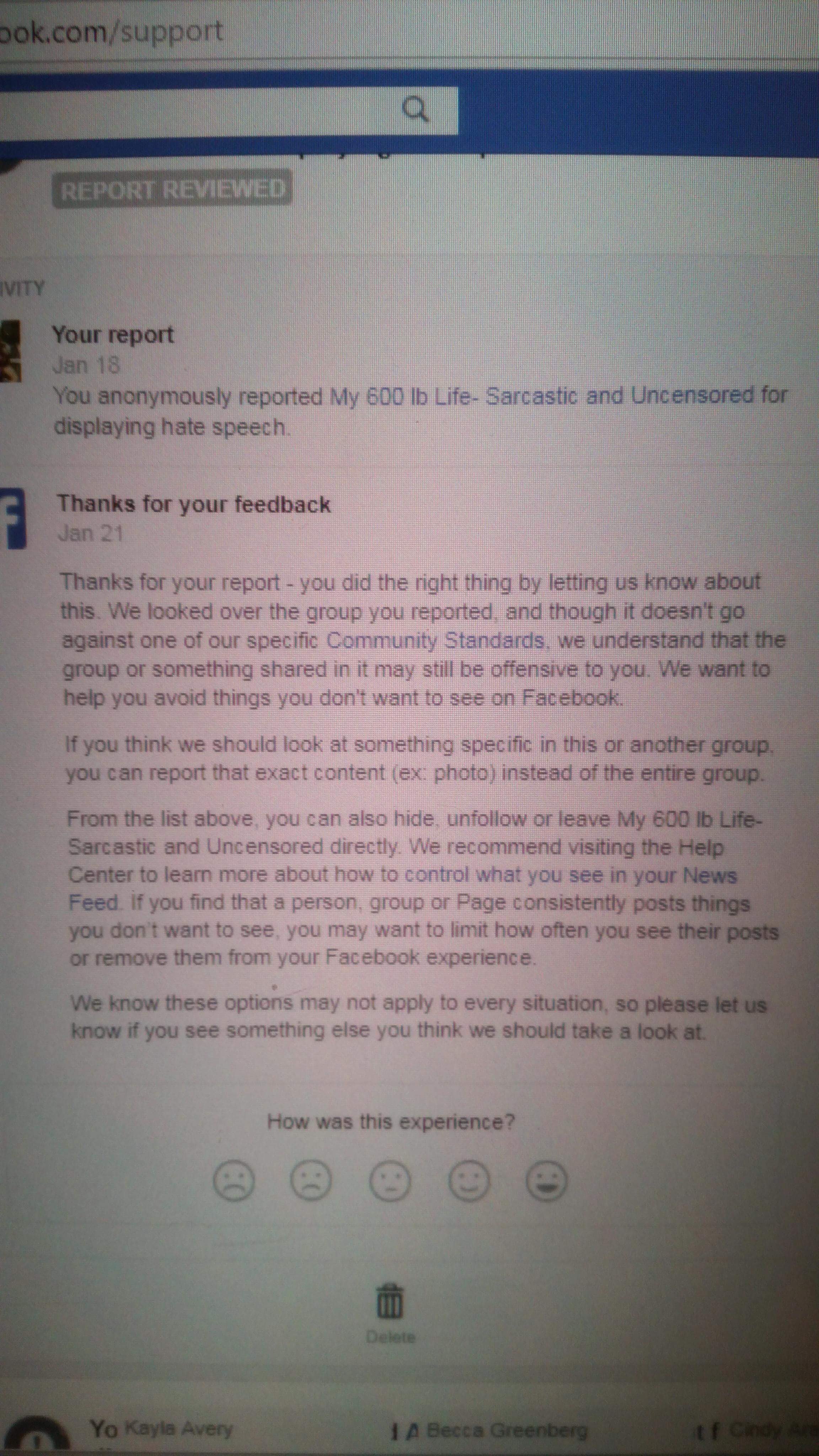 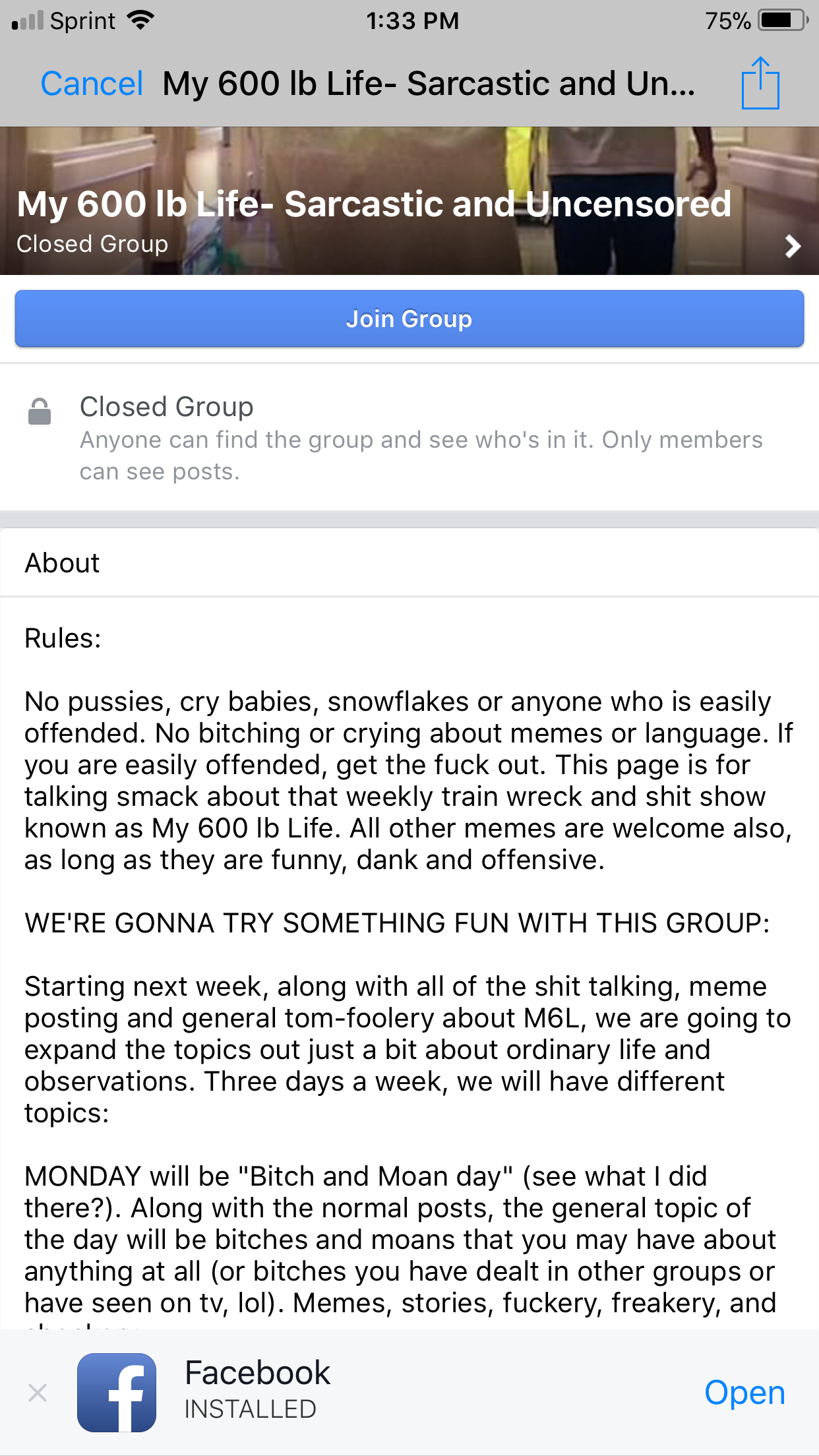