Facebook loves to claim that they built a platform that “brings people together” and provides a way for people to communicate and interact like no other way before imagined. Well, it may be true that social media like Facebook and Twitter has given people a way to instantly communicate people without ever having to leave their homes or phones, but Facebook sure as hell isn’t bringing anyone together when Facebook gets to control exactly what is on their platform and who gets to communicate.

And boy oh boy does Facebook love to control their users. Time and time again I have received emails from people of color on Facebook telling me about how they will be either on their on page speaking out against racism and white supremacy or on a thread discussing it. And each time it ends with the person of color getting a post removed and banned for stating facts of what white supremacy is and how racism works. It’s a pretty glaring obvious stance Facebook is taking by allowing their reviewers delete comments and ban user’s accounts for posting historical facts about white supremacy and racism in America. This is exactly what happened with Charlotte who made this accurate point: 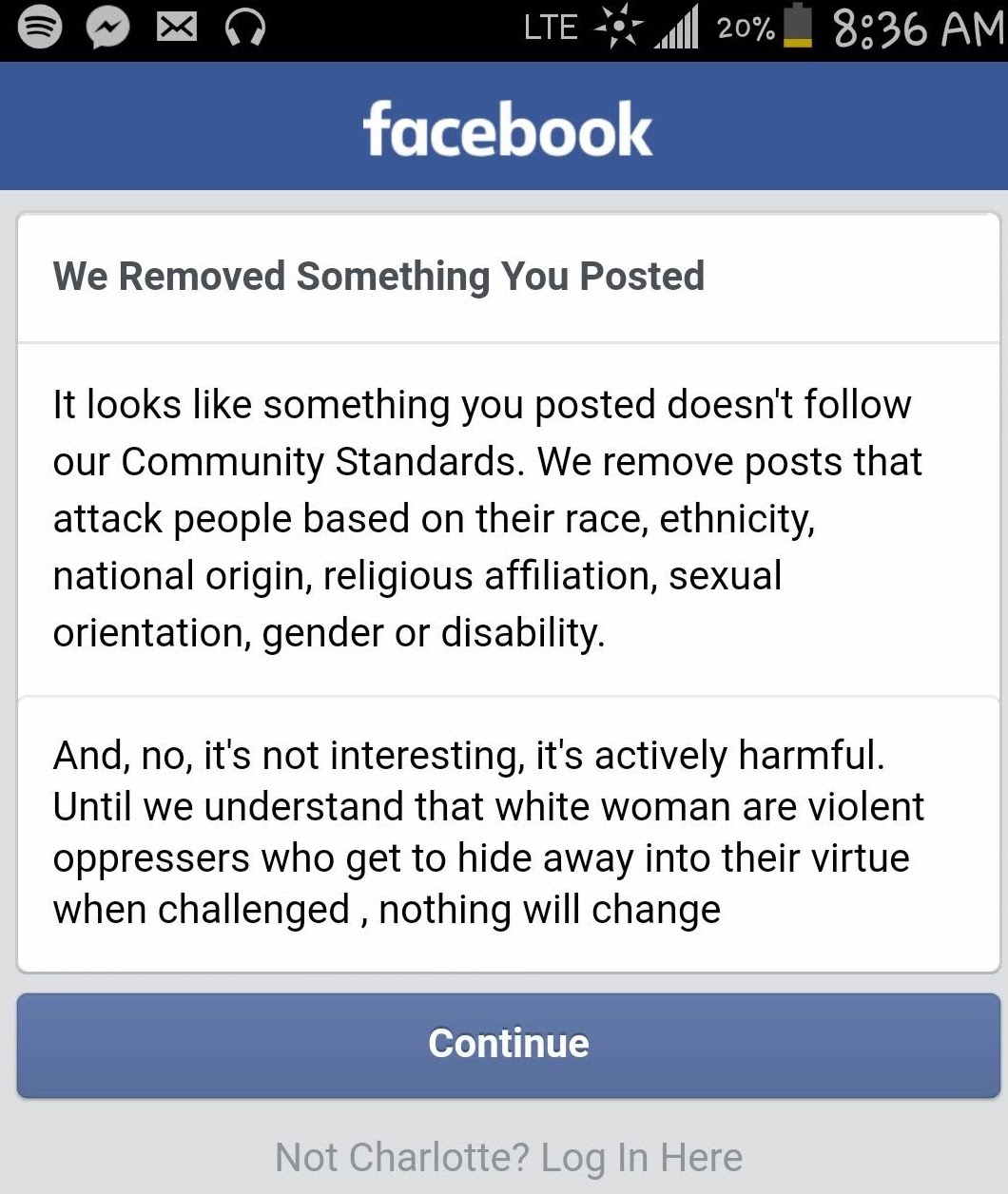 White supremacy includes all white people, that means white women too all of us. Charlotte got a 3 day ban for this comment. Now, if Facebook is telling the truth about having real humans reviewers having to read and manually remove a post after reported, then how can a human person who is allegedly reading every post reported, read this and think this is a comment spreading hatred? The only way this could be interpreted as a race based attack is if the reviewer is a white person fully believing in and supporting white supremacy.