Home•Facebook Now Thinks “They” Is A Protected Group
Previous Next

Again, another horrible mass shooting was committed by a white man in America, this is not new to anyone with a brain living in America. So comedian Tooky posted about her frustration on Facebook in which, I, Kayla Avery, commented directly on my friend’s posts which Tooky correctly responded responded back. 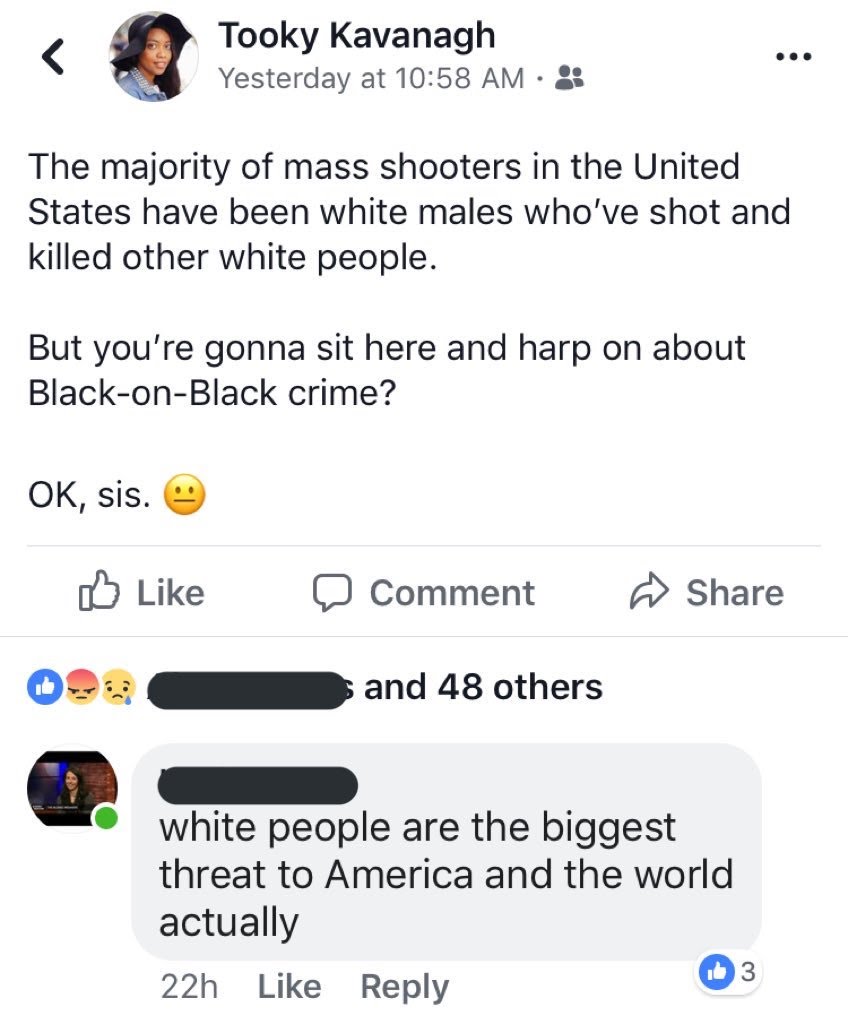 This is absolutely a fact in America, to say otherwise just being willfully ignorant. So tooky playfully responded to my comment with an that I “Liked” and was a comment between friends. However, the MRAlgorithm came in full strength swinging and now has claimed “they” is a protected group. 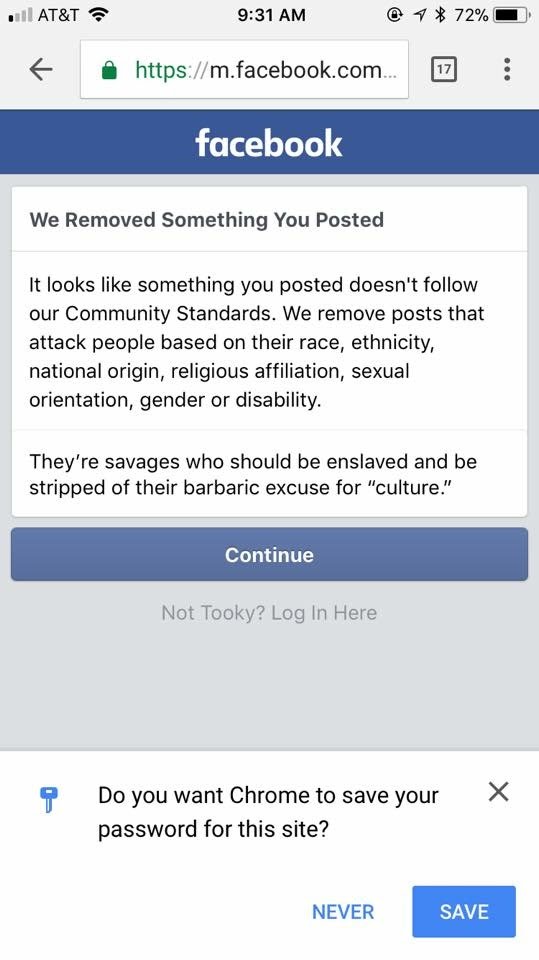 First of all, who is “They” that’s under attack Facebook?? If you claim your reviewers can’t see the context surrounding this comment then why the hell are they allowed to use their personal bias to remove this comment? And it’s a really cute coincidence how when black and brown users speak up on Facebook, you’re very quick to silence them first and not Nazis.