On the year anniversary of The Women’s March, the conversation surrounding women’s rights and feminism finally started addressing the need for intersectional feminism so all women of all race, ethnicity, and sexual orientation and identity are equally included. The common phrase of “white feminism” is a well known term amongst those who truly care about equality which means white women being voluntarily ignorant to the real fact that not all women are treated equally when it comes women’s rights.

Of course, Facebook doesn’t give a shit about anything other than what helps make them money and that of course is white supremacy and hate. This led to Molly getting a 7 day ban for having an opinion about a very real and legitimate social issue. Looks like Facebook really took all the press about them having bias with enforcing their hate speech rules to heart…by heart I mean they dgaf 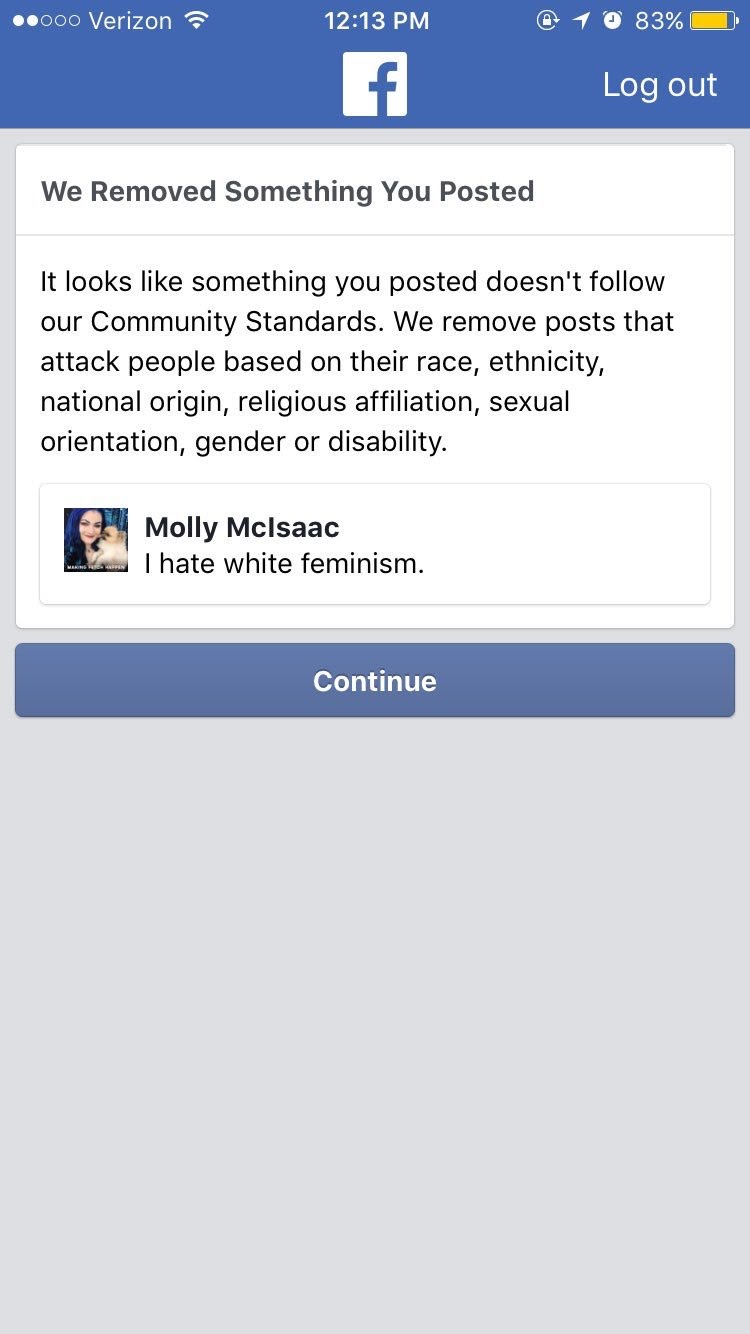