How Many Death Threats Does It Take Before FB Takes Conspiracy Hoaxes Seriously?

Home•How Many Death Threats Does It Take Before FB Takes Conspiracy Hoaxes Seriously?
Previous Next

How Many Death Threats Does It Take Before FB Takes Conspiracy Hoaxes Seriously?

Conspiracy theories are nothing new in 2018, they have been around forever. However, what is new is how conspiracy theories can spread today in the digital world, how fast and how far. One of the most insidious conspiracy theory out there is that the Sandy Hook massacre in which 26 innocent lives were murdered at an elementary school by a mass shooter with an AR-15. Of the 26 victims, 20 were children ages 6 & 7 years old. But if you ask people of a tiny sub group which mostly festers on the internet, they would tell you nothing happened at all at Sandy Hook and the whole thing was “staged” or “made up” by the “liberal media”. This tin foil belief that mass shootings are all fake in America has resulted in the families of the Sandy Hook victims and the survivors to be terrorized by the conspiracy theorists followers, many have even received death threats and still today are threatened an harassed daily thanks to disturbed monsters like Info Wars/Alex Jones and the NRA and now Facebook has thrown in their full support of enabling dangerous conspiracy theorists who built massive social media pages which have directly caused the death threats sent to the families of victims and survivors of mass shootings. 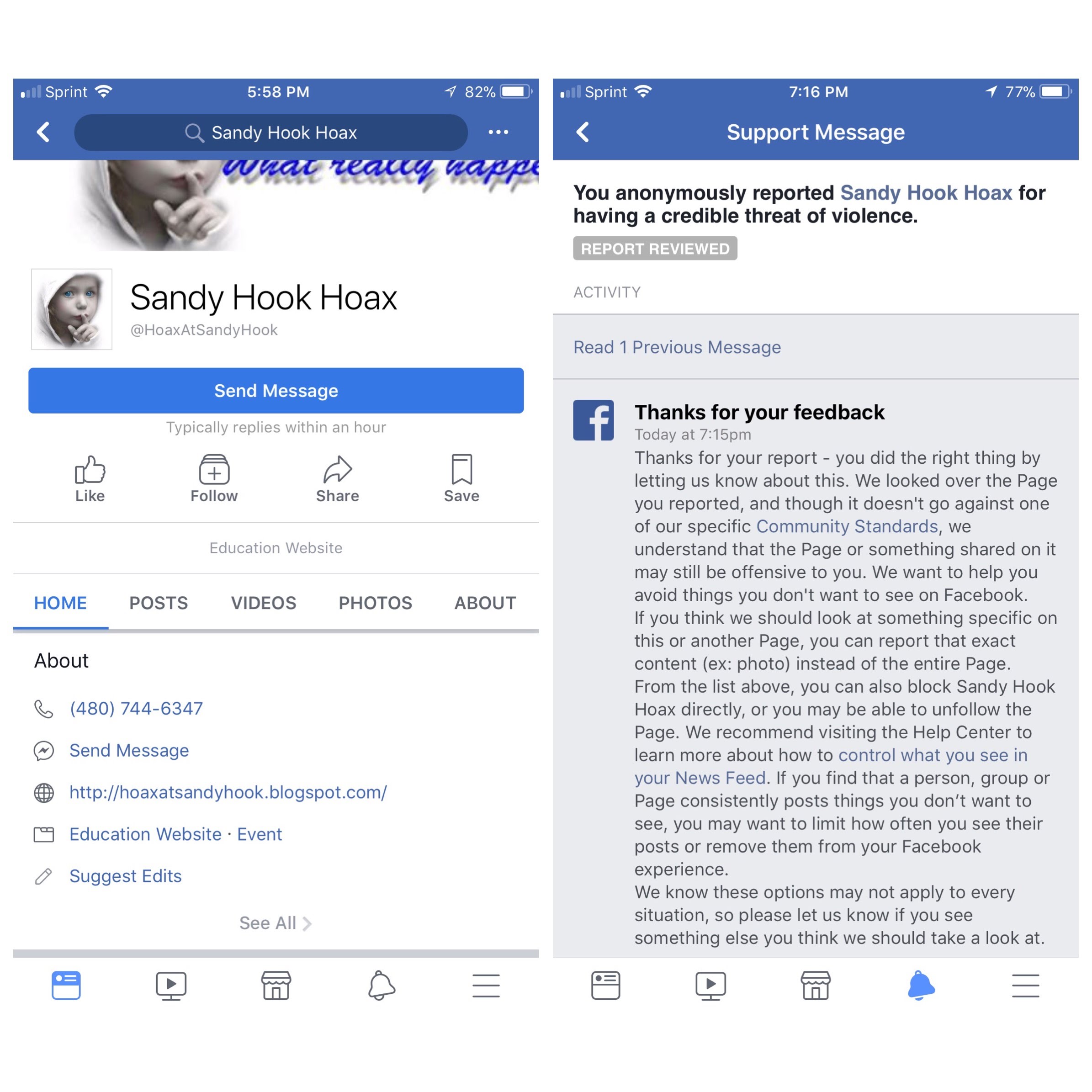 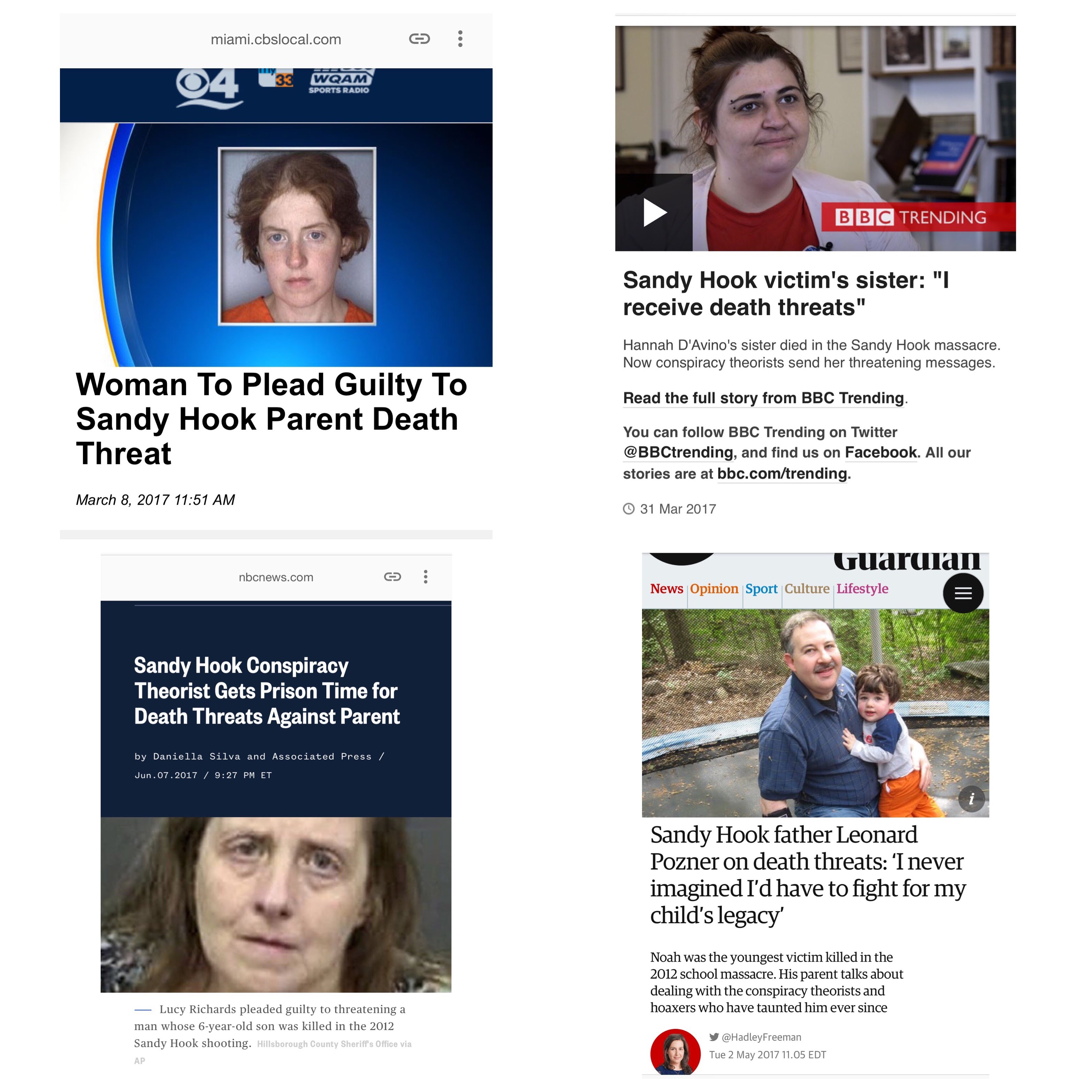 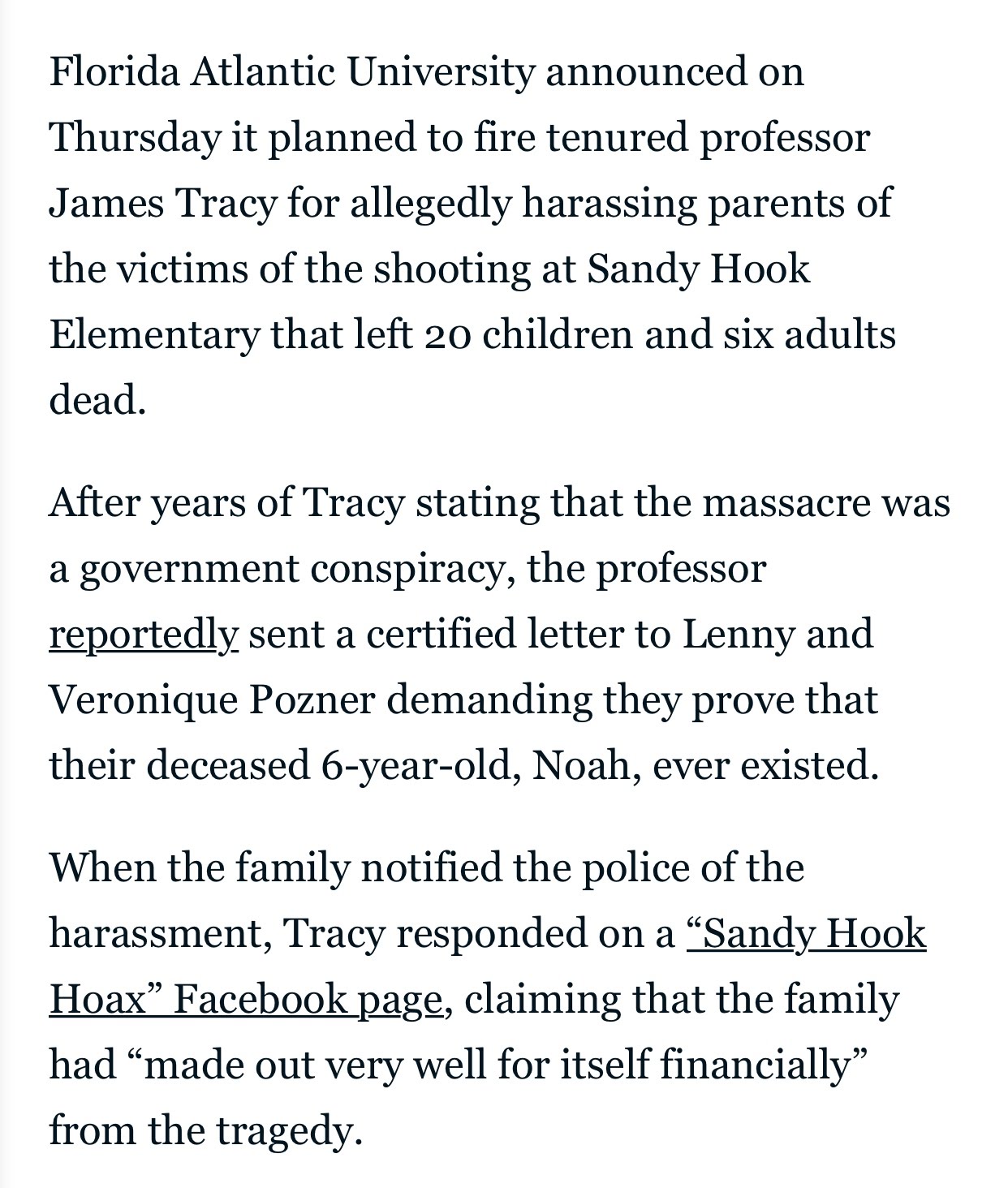