After a guy posted a comment degrading women, another Fb user replied to the man’s comment only to get flagged by Facebook’s MRAlgorithm and told the comment was removed for violating their community standards. 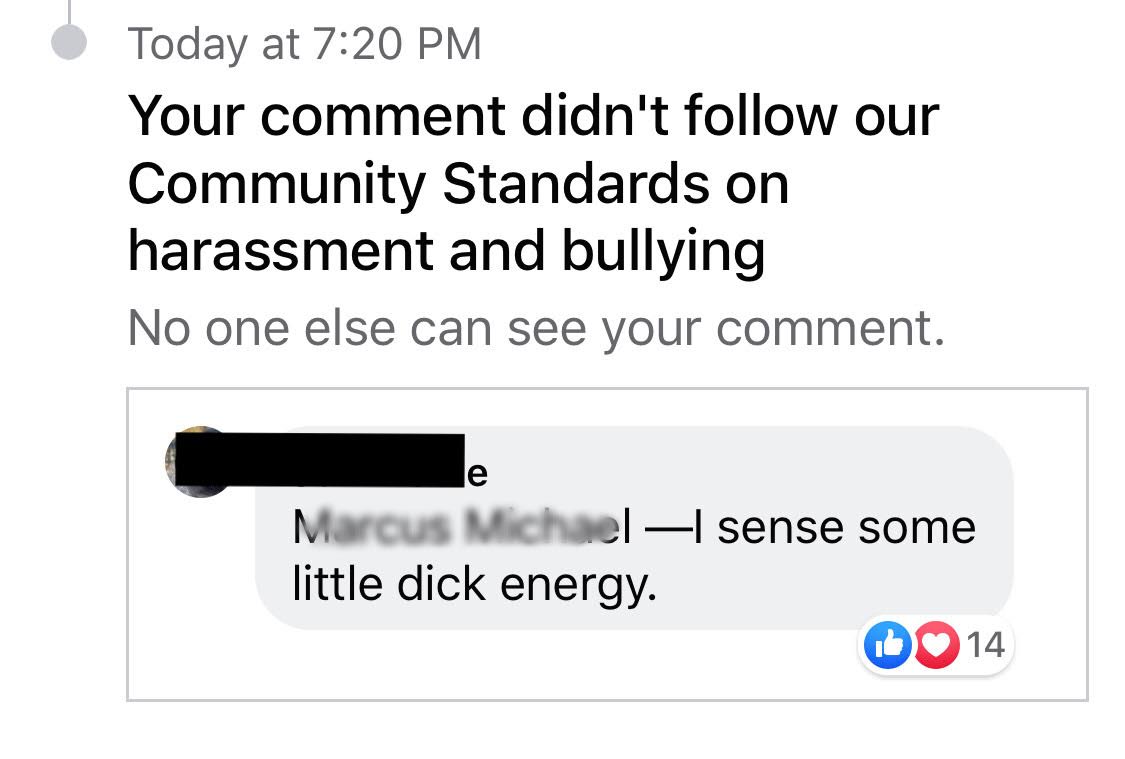 After her comment was removed, she went and reported one of the comments which set off the thread she initially replied too, however the comment she reported was not considered hate speech or bullying by Facebook and remains up on their platform.

Facebook consistently sees comments directed at abusive men on their platform as offensive speech in which there is zero problems for Facebook to remove such content. Yet, when pressed about the actual content which degrades women, or calls for literal violence against marginalized groups of people, Facebook always seems to think that content must be defended to the bitter end.