Turns out, the post removed by FB that went viral recently that called out the fact that mass shooters in America are predominately white males wasn’t a one off “mistake.” Other users shared the same statement after the Parkland terrorist attack because like the 10s of thousands of students in America, people are fed up with the scapegoating media and republicans do about mental illness after mass shootings. The problem isn’t mental illness the problem is angry white men aka toxic masculinity and the stupidly insane easy access to weapons of mass destruction. So white FB was deleting these posts the conspiracy theory of “crisis actors” was being shared by the thousands on FB. 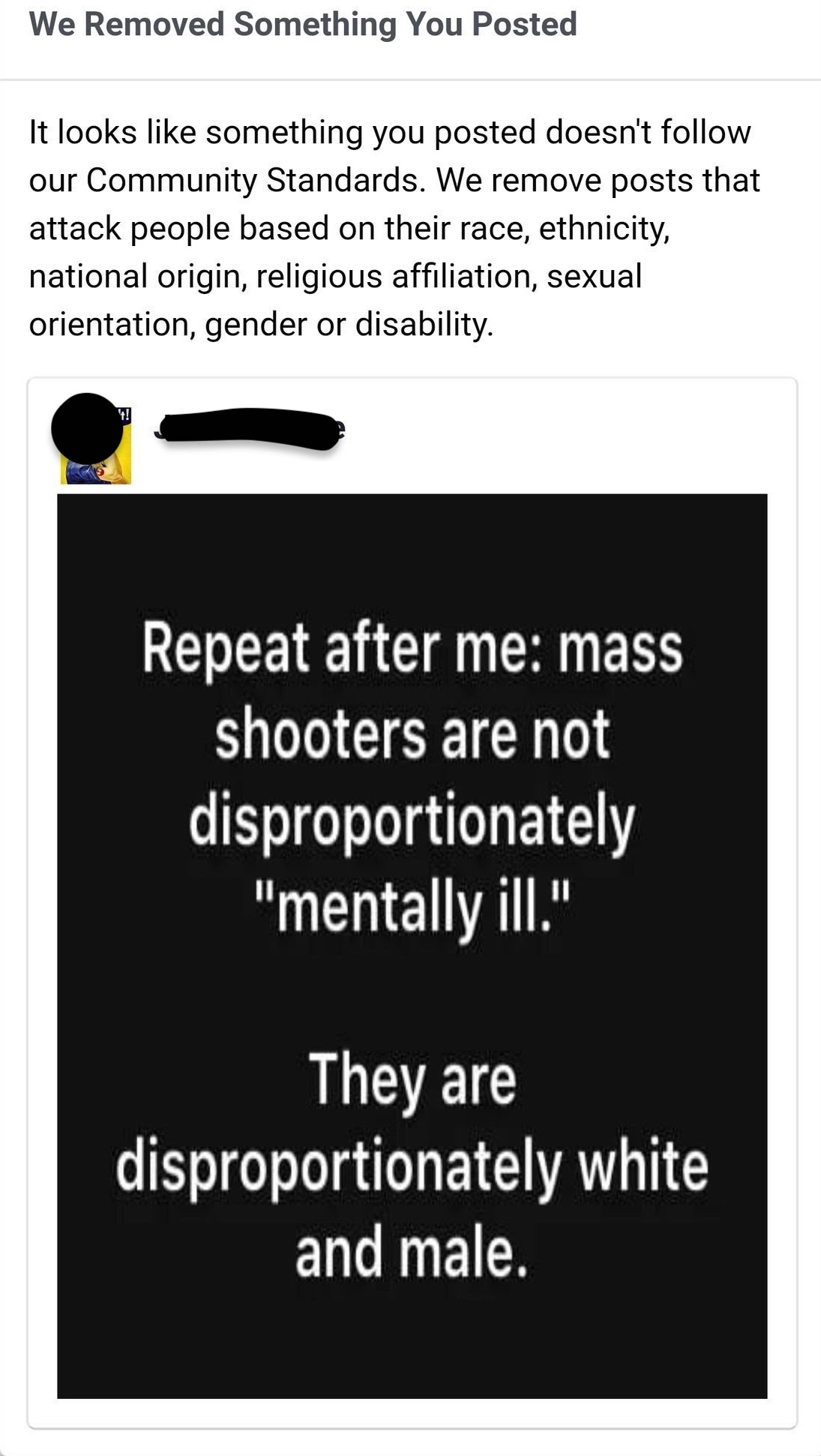