Pedophiles Seem To Have A Safe Space On Facebook

Pedophiles Seem To Have A Safe Space On Facebook

Just a couple of weeks ago it came out that Facebook conducted a survey asking users if “pedophilia was okay” And of course they issued an “apology” saying yet again they made a mistake only to turn around and have one of their reviewers approve of a NAMBLA page on Facebook. Which if you’ve never heard of NAMBLA or know what they are, first good for you, secondly, sorry for having to be the one to tell you, but they are a pro pedophile group that some how exists in America. They think raping children is okay and want to get ride of statutory rape laws. It is a disgusting, vile group that exists and just got approved by Facebook that their group page is allowed on Facebook. 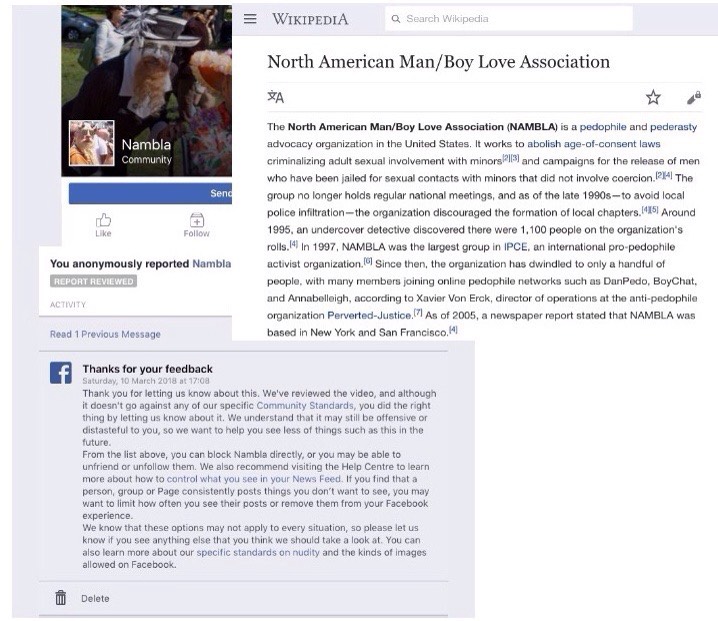