Last week, Brooke got a surprise notice from Facebook saying that her account is banned for 24 hours for a post violating their hate speech rules. To add insult to injury the post which got her banned was from about a year and a half ago when she posted in a private women’s group about her real life experiences she had to endure and needed to vent about it. Turns out Facebook still doesn’t respect women enough to allow them to speak out the very real problem of sexual harassment and assault, even in the wake of the so-called “#MeToo Movement”. Thanks FB! 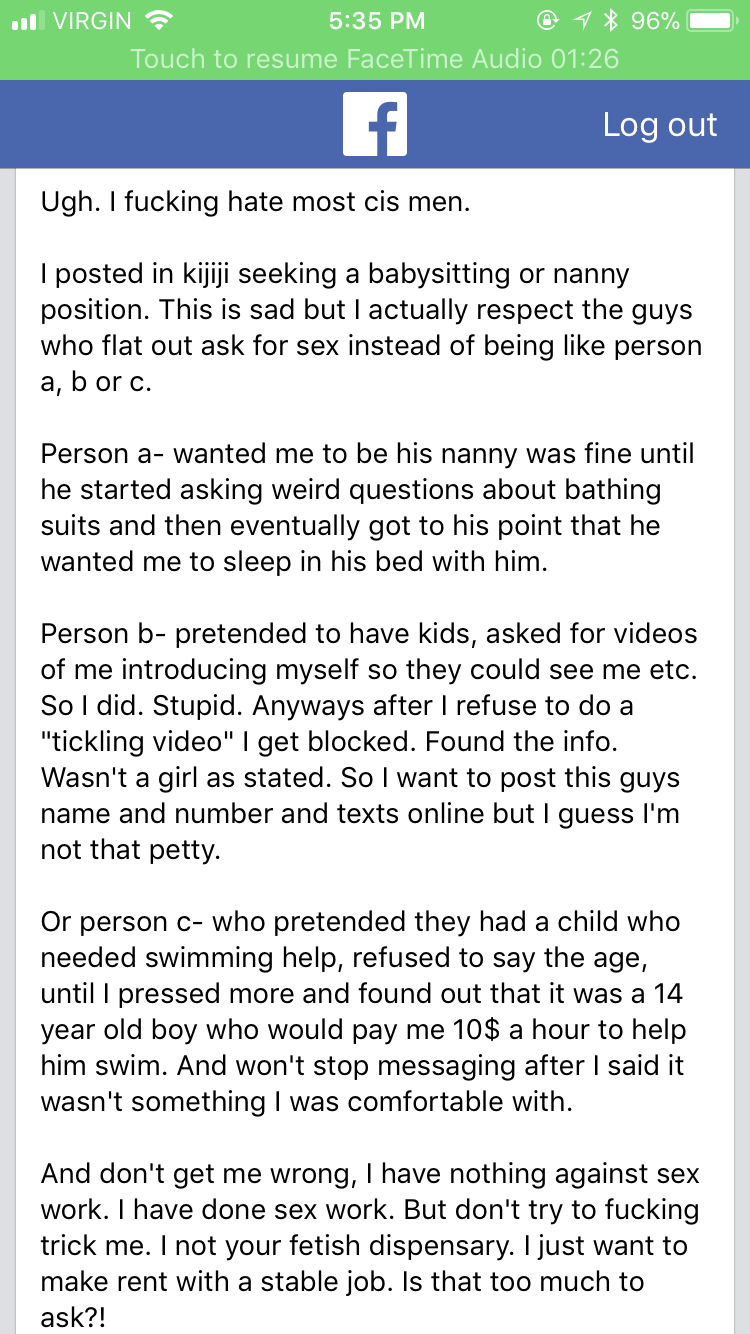