A FB user sent this screenshot of video they reported some time ago that came back as totally within community standards that always confused the person who reported it because well as you can see, title alone should be raising some “what the eff” flags. This screenshot was sent to Facebook Jailed the same day that publisher Silver Sprocket got their video taken down by FB for “hate speech”. The video in alleged violation was a new episode of the animated serious titled “Your Black Friend” based off the award winning comic strip by Ben Passmore. The animated serious tackles current social issues and topics involving race & racism, as well as gentrification, dating, essentially living in America as a person of color. Sure, maybe by title alone, someone could misunderstand what the video “Your Black Friend” is about, but then it took me all of 1 Google search to answer that question and fully understand it’s the complete opposite of hate speech. But yet we live in a world where a giant social media company has consistently show us as users that talking about the complicated reality of racism in America can get your words deleted and account banned. 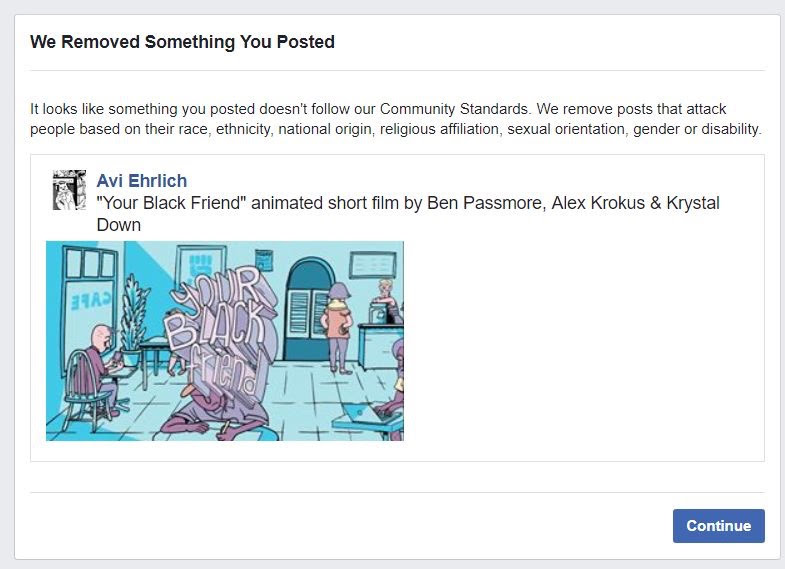