Even a censored out “men are trash” is against Facebook’s “community standards”, what isn’t against community standards according to Facebook? Sending Muslim women death threats, racist memes, denying the Holocaust, calling victims of mass shootings “crisis actors” that inevitable get the victims death threats. But yes, Facebook keep telling yourself that when a woman posts “men are trash” ironically or in a hyperbolic tone that all men everywhere have their lives threatened. 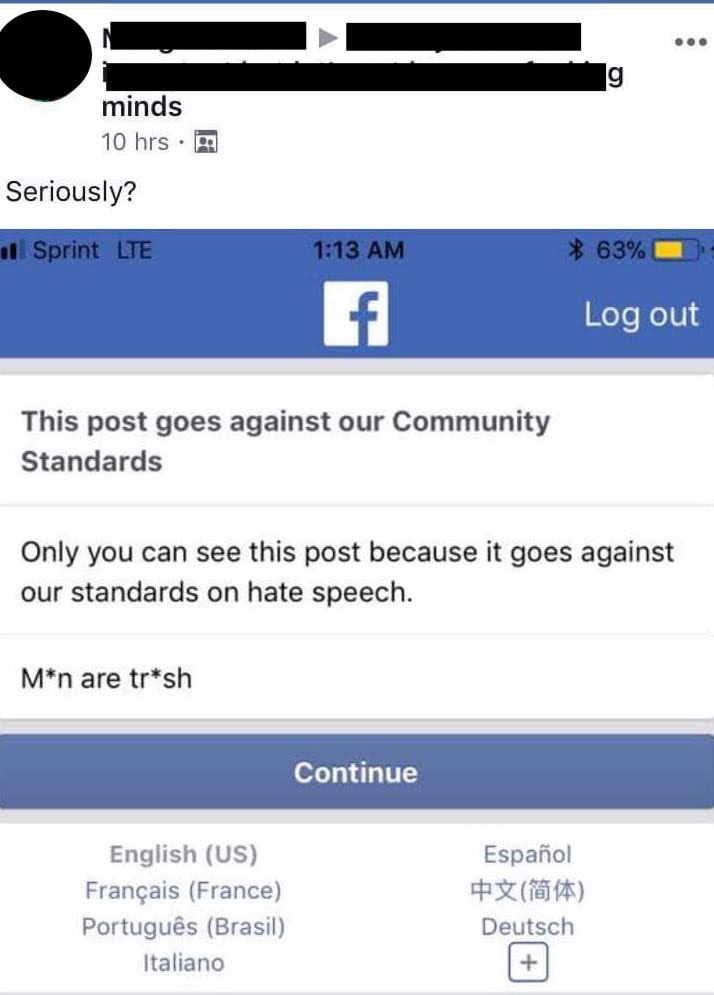