When Facebook announced there were partnering with The Weekly Standard, a right wing rag that love getting sh*t wrong and selling war to America, rightfully legitimate news outlets raised concern. Mostly, because Weekly Standard wouldn’t know what a fact is if it hit them in the face, and it’s the only 3rd party fact checker that Facebook hired that is exclusively conservative and caters to far right conservative opinions. Facebook didn’t hire a “liberal” equivalent to fact check as well like Raw Story, nope of course not because Facebook knows there’s more money in hate that facts.

So on Monday, Sept 9th, Facebook unleashed all it’s fact checker power onto ThinkProgress for a story they wrote about Brett Kavanaugh who just finished his Senate SCOTUS nomination hearings and it was a fire storm of toxic destruction of what that man is going to do on the bench. Well, luckily for racist republicans and sh*t stain Kavanaugh, The Weekly Standard, wants the bastard on the bench to strip away every and all last remaining rights of workers, black people and women away from them, so they marked a story “FALSE” because they could. ThinkProgress wrote a lengthy article detailing the problems of this here. 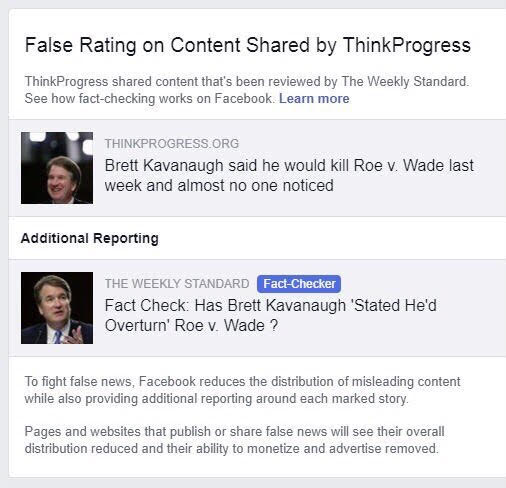 After seeing this on Twitter, posted by Aaron Rupar, I decided to share the story on my Facebook to call the out for marking the article as “fact” and surprise surprise the Weekly Standard blocked me from sharing it, AND offered one of their BS articles instead! 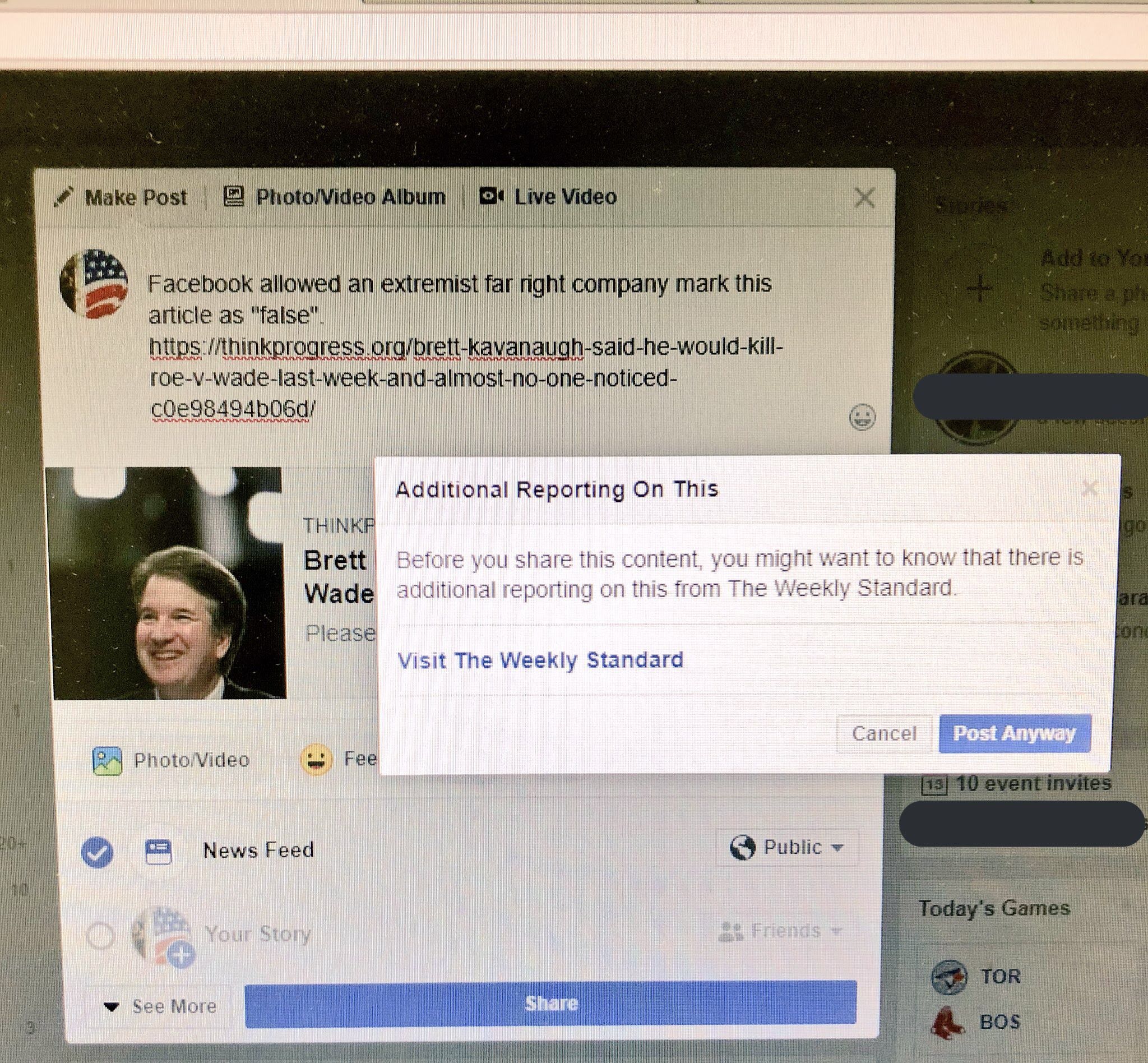 First, of all, extremists like Weekly Standard, who quite literally sold America the never ending war we are still fighting 17 years later, should never be allowed to have the power to block a verifiable news source from being shared on a platform of 2 billion users. And having them offer their article instead just shows how much the far right will go to shove their racists, oppressive views down the throats of voters at any cost. This should be of concern to everyone not just those of us “on the left”.