When it comes to hate speech rules on Facebook, the rules on what Facebook considers hate speech vs not hate speech, have increasingly gotten whiter. Seems like Facebook can understand anything targeting white people, particularly white men, should be hate speech and removed, yet content which mentions anyone not white has repeatedly been deemed not hate speech by Facebook. 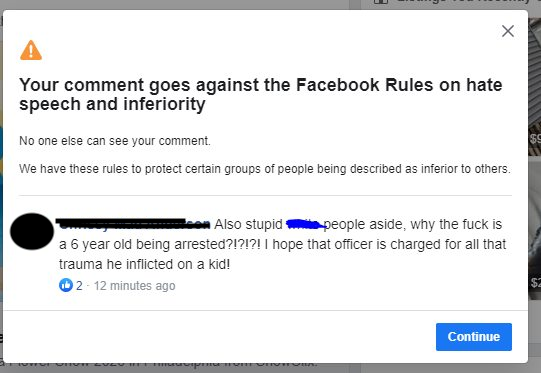 Facebook also added to their hate speech community standards apparently, adding “inferiority” to content moderation and a disclaimer saying Facebook “protects certain groups from being described as inferior to others.” 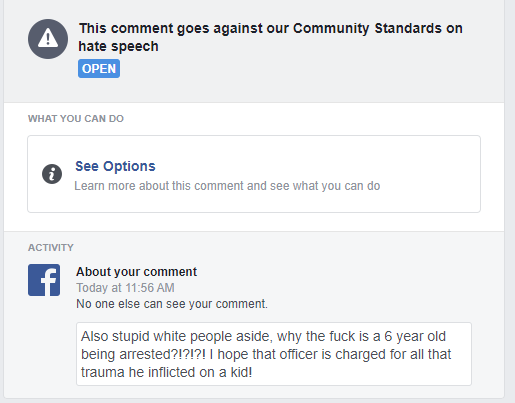 the full comment showing the offensive word “white” which got this comment removed within 12 minutes of posting.