A Facebook Page that is titled “Anti Gay Marriage USA” is apparently totally cool with Facebook, never mind that the page is openly bigoted and targeting LGBTQ people, which by Facebook’s own community standards falls under the category of “hate speech” therefore should not be allowed to remain on their platform. But sadly, Facebook once again fails to enforce their own content policies and allows violent hate groups to operate without consequences on Facebook. 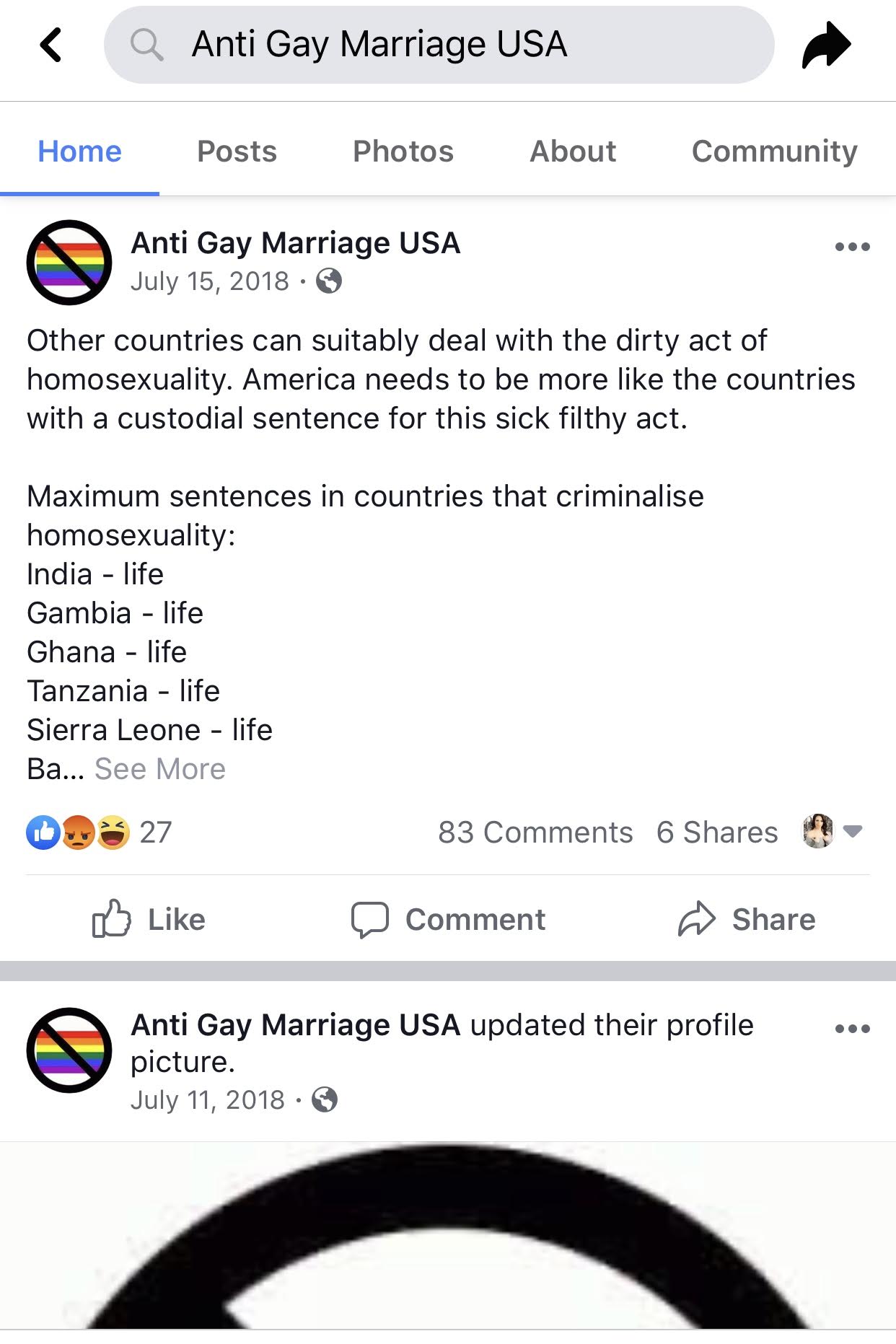 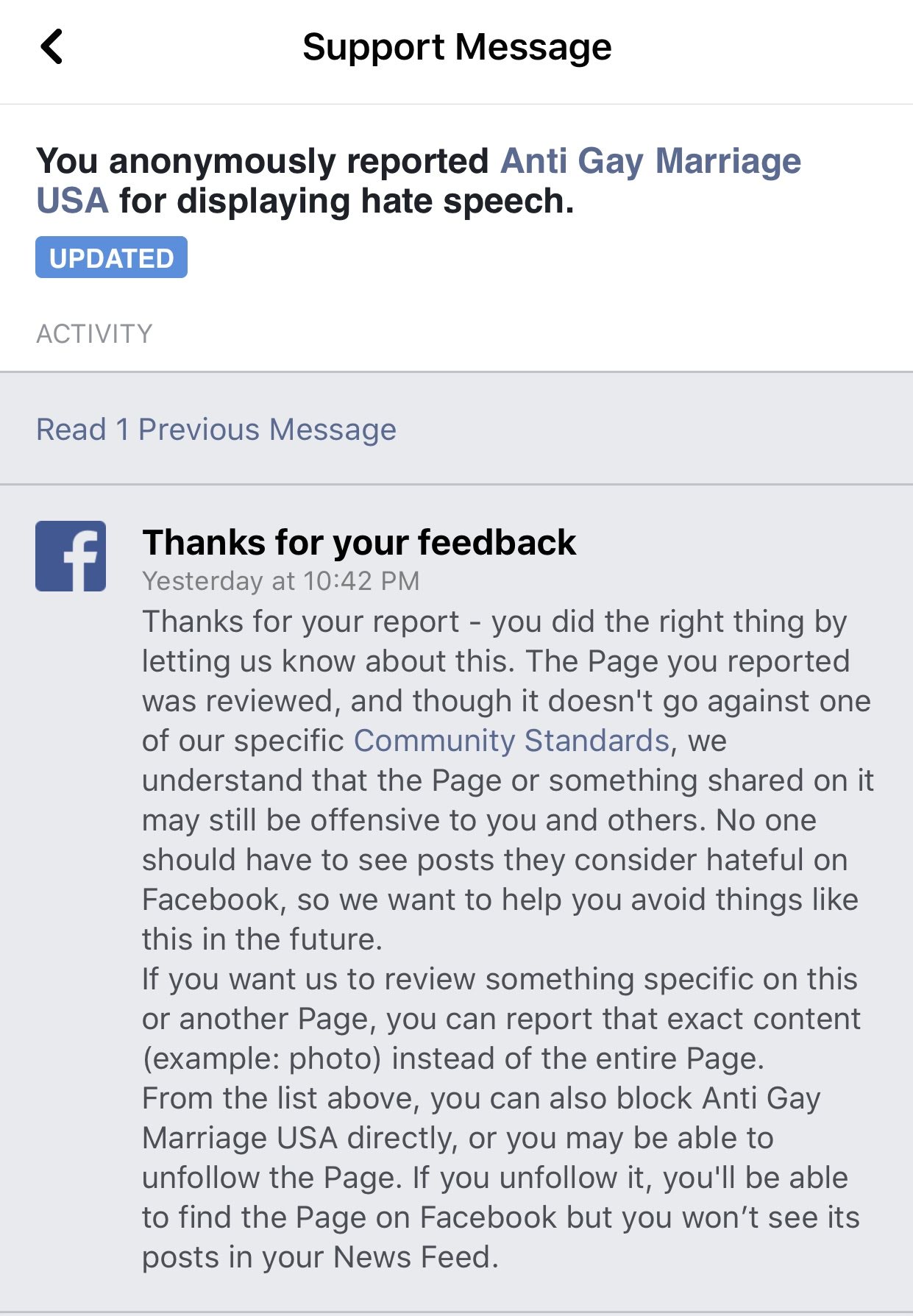 Yeah, it makes all the sense how such a page calling for the criminalization of all LGBTQ persons in America doesn’t go against a single community standard for Facebook, especially when Facebook has spent thousands supporting political candidates and elected politicians who support gay conversion therapy.