This comment found on a public Facebook Page that is openly racist was reported, along with other comments and the page itself. Within 1 hour of being reported to Facebook for hate speech, the Page and only 1 comment came back with Facebook saying both the Page and comment were acceptable content and not violating any of the community standards. However, one comment has been sitting in the “in review” queue for over a week, for some reason Facebook has decided this comment isn’t worth their time to actually look over and review for violating hate speech standards.

Even tried having another FB user reported the comment for hate speech to see if maybe Facebook has some kind of limit on how many times a single user account can report content for review, but no avail. Again, Facebook fails to live up to their own content community standards when it comes to actual hate speech. 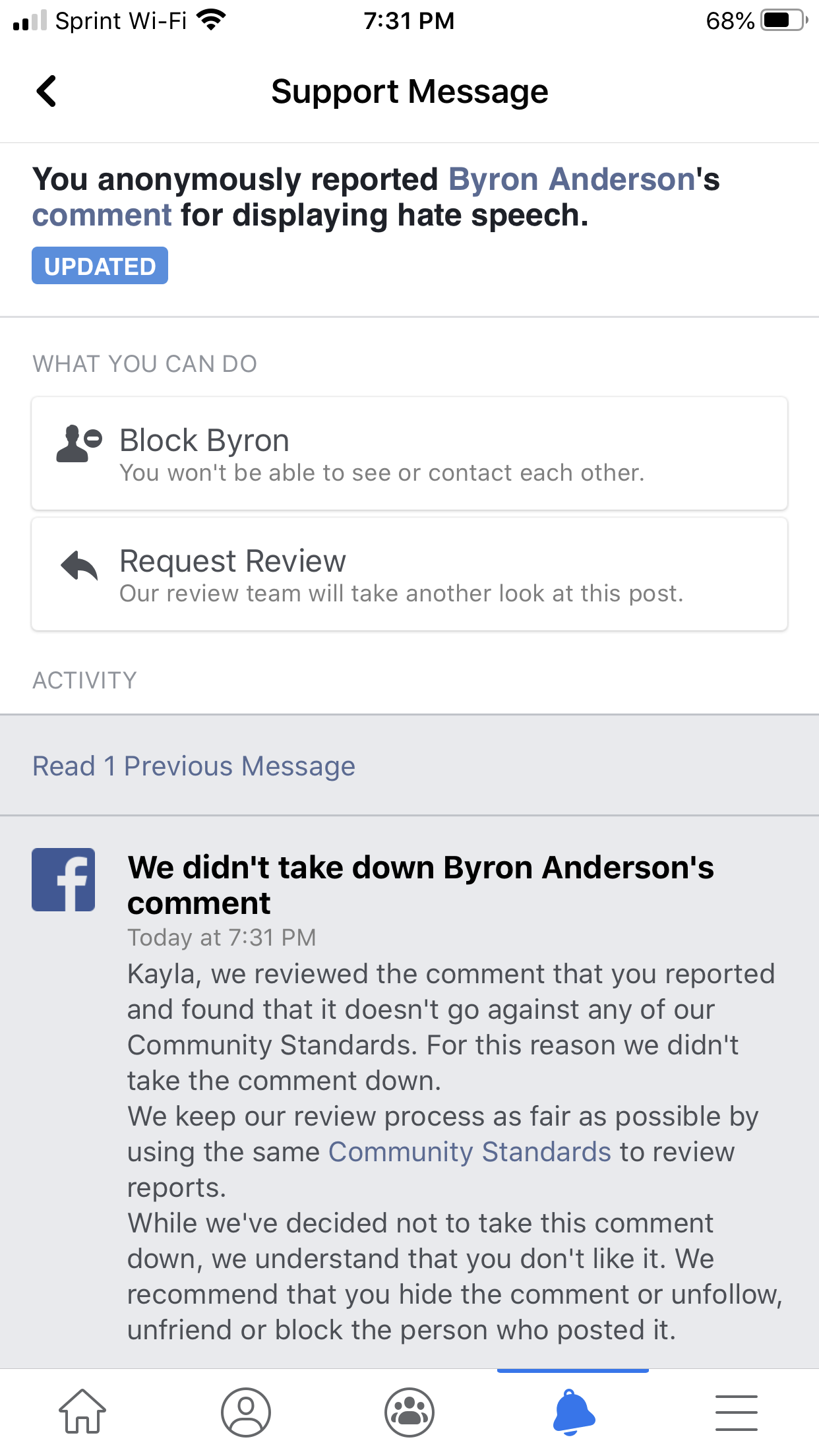