Facebook Rejected This Ad Featuring Black Women For Being “Disrespectful”

Facebook Rejected This Ad Featuring Black Women For Being “Disrespectful”

When Carmen Rios tried to “boost” an ad post for Ms Magazine on Facebook she was shocked to see what happened next. 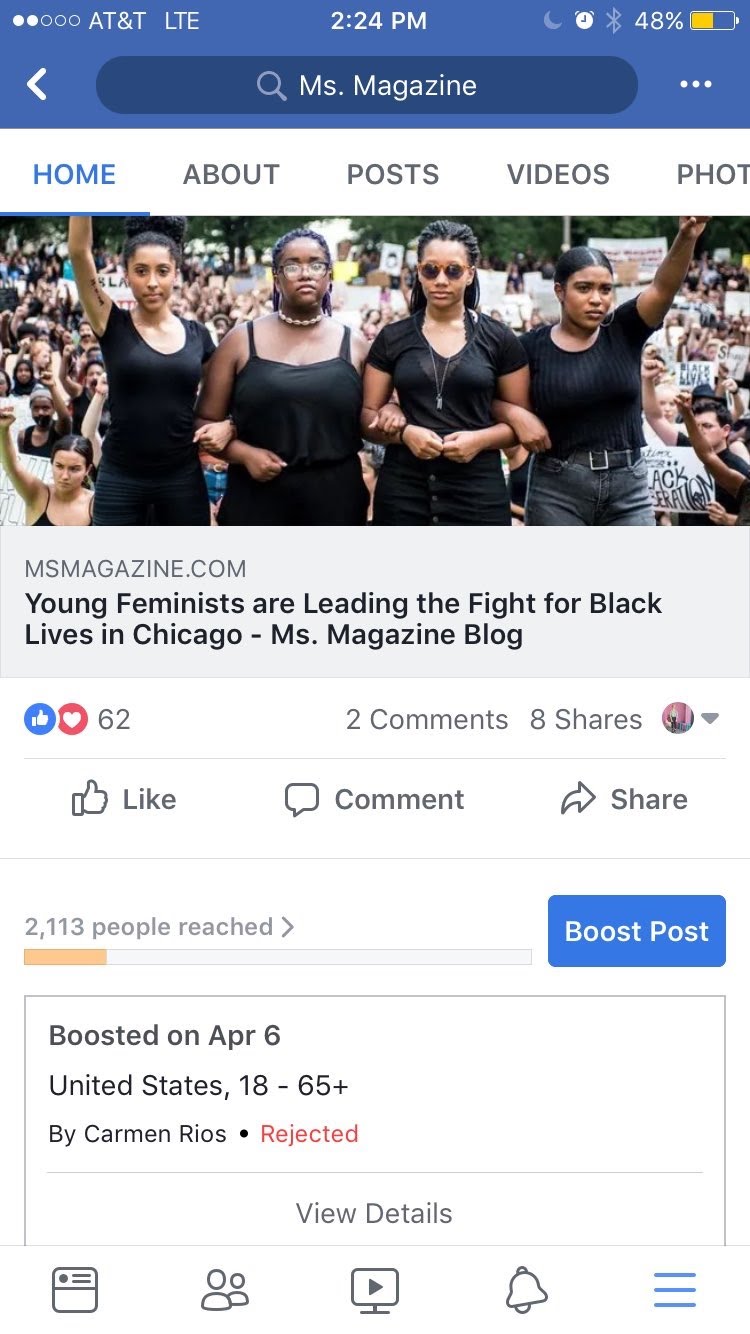 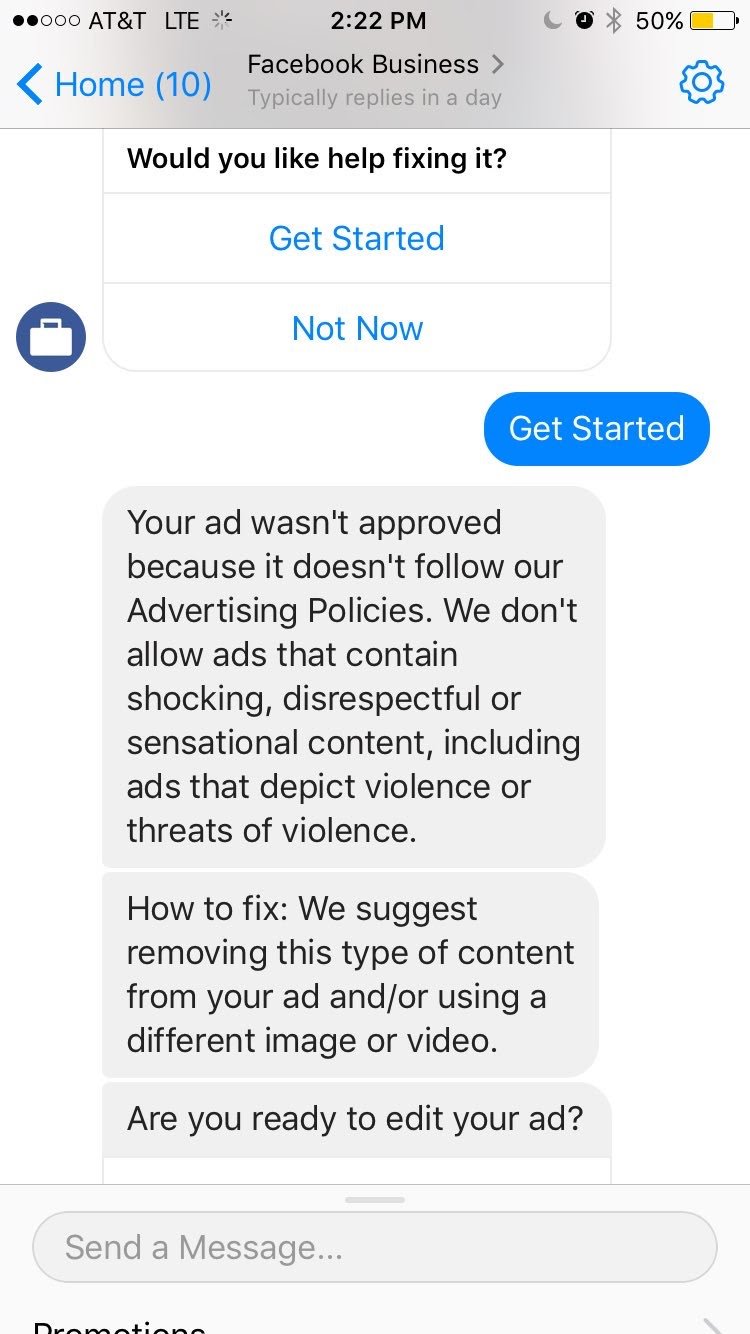 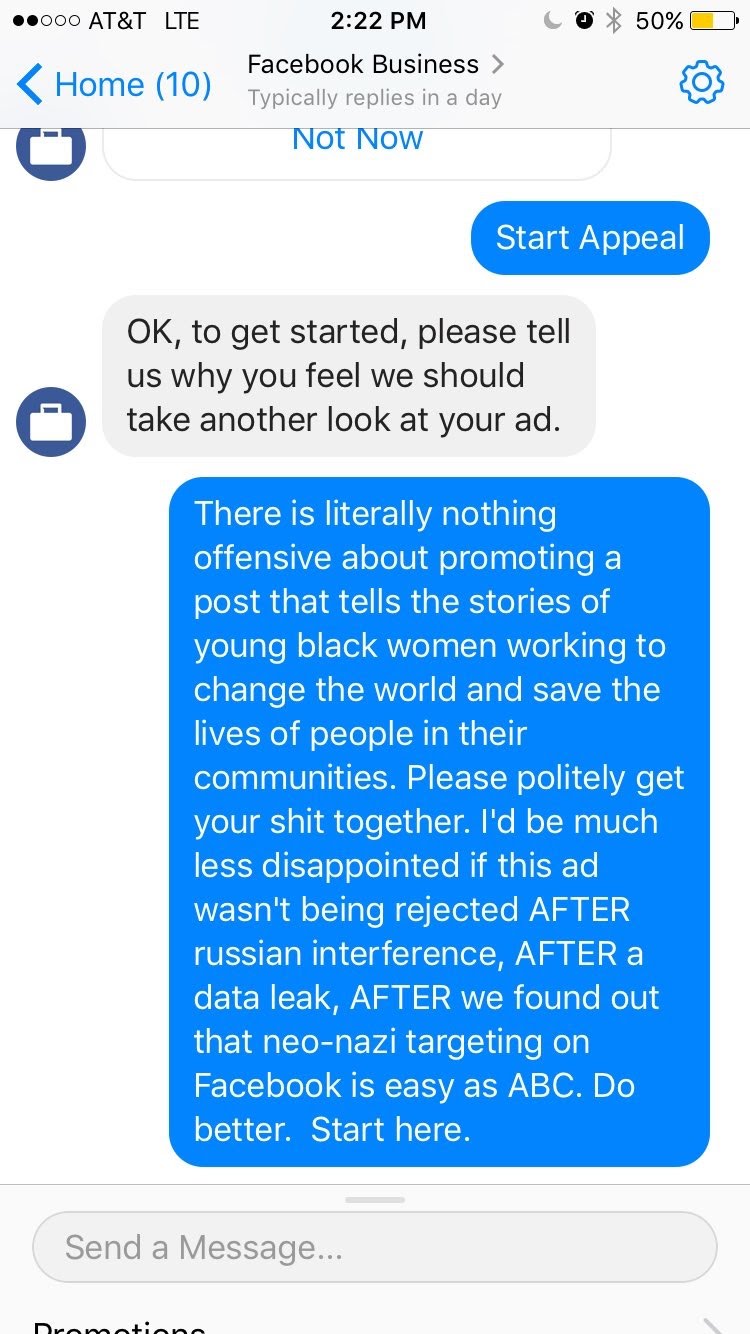 Rightfully feeling outraged Carmen took to twitter to show exactly what just happened. Apparently her outrage worked and Carmen tweeted an update saying that her won the appeal and FB accepted the ad. Please check out the full story behind the ad post here

Even though the ad eventually got accepted, it’s still pretty telling about FB’s actual business policies and practices that the ad was rejected in the first place and for the reasons they gave. Especially since FB has claimed on several occasions that real human employees must review every ad request and manually accept or reject the ad. If one FB reviewer can reject an ad with an image of black women and claim it’s “disrespectful” then there is something seriously wrong happening behind the closed doors of FB that need to be brought to light and stopped.