Sharing literal fake news and actual hate speech targeting Muslims still is A-Okay under FB’s community standards according to their reviewers. Should be noted that Tommy Robinson is partners with openly proud racist bigot Pam Gellar, who is banned from the UK for being such an openly proud racist and bigot. So while FB makes the media tours about their new changes and plans to combat data breaches and election advertising in the future, this share is still allowed on their platform, created by a dangerous racist political leader in the UK to push the Brexit agenda. 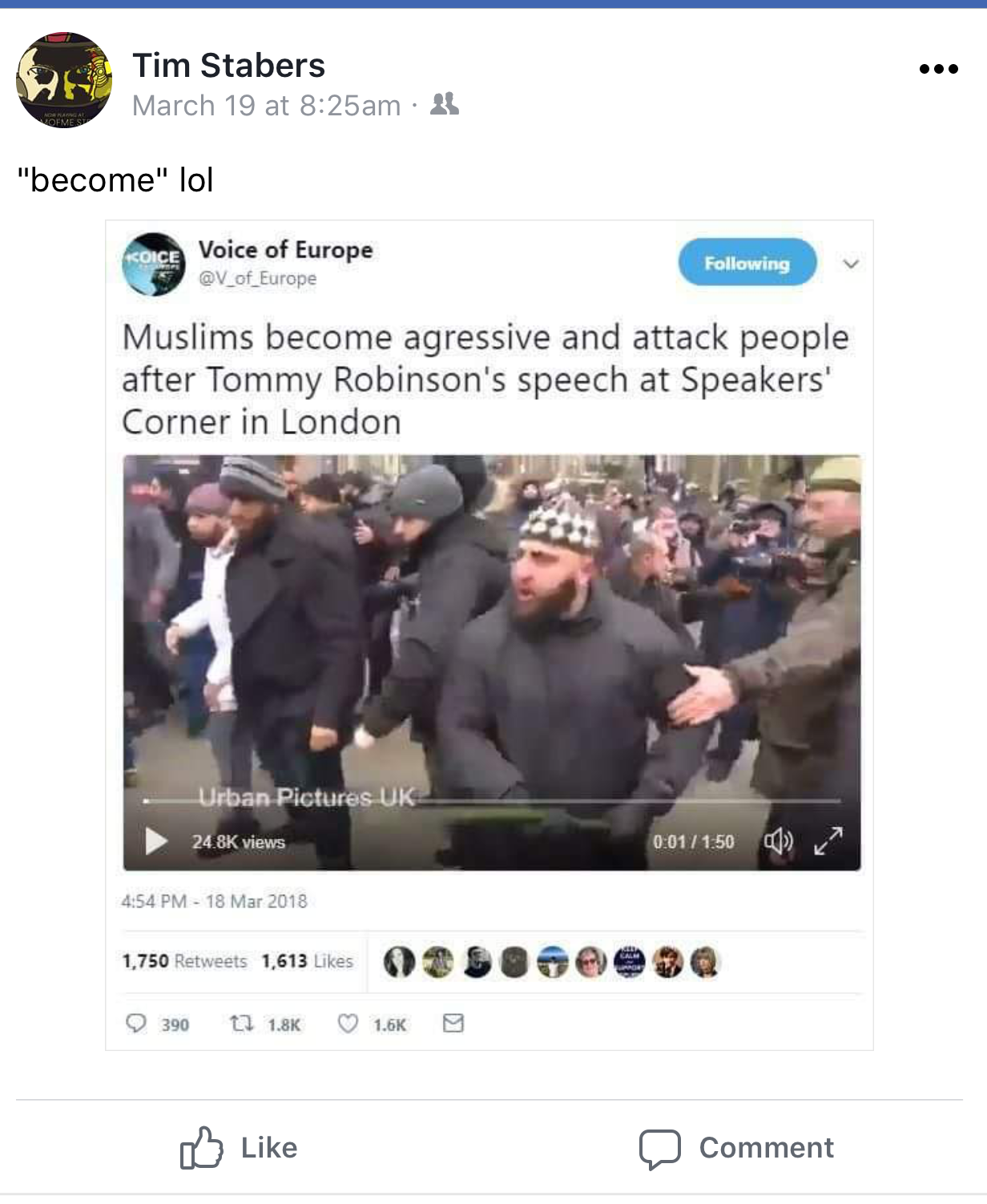 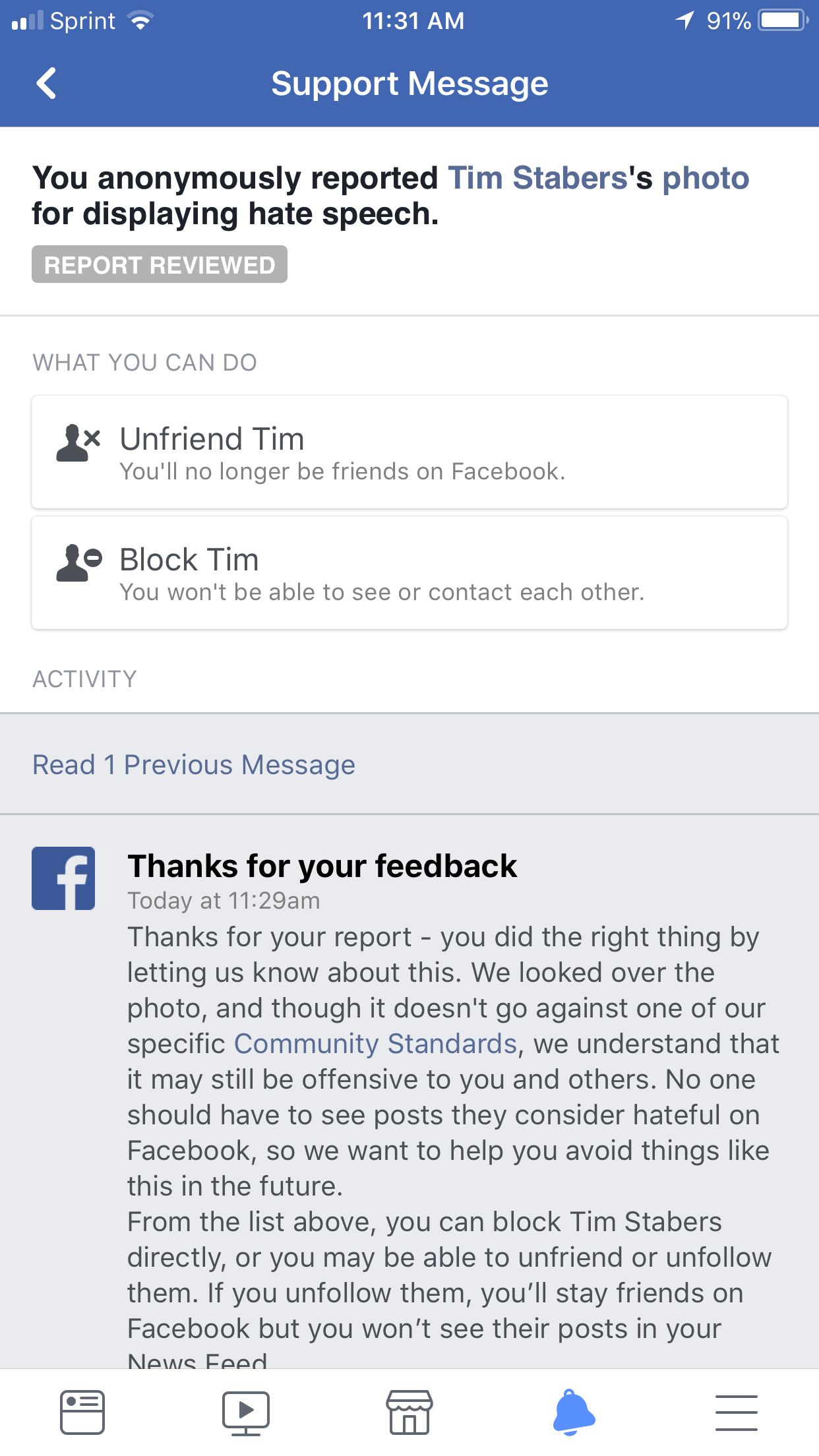