Home•Facebook Sure Does Love Racism & White Supremacy
Previous Next

It still baffles me each time something so painfully, and obviously racist posted on FB comes back after being reported by a FB reviewer marked as “doesn’t violate community standards”, and knowing that FB refuses to allow any post containing “men are scum/trash/worst/etc” no matter what the context or circumstance is with it. It’s truly some gold medal olympic mental gymnastics FB does to justify their decision to believe there is not a single scenario in which a post such as “men are scum/trash/worst/etc” won’t be considered hate speech, yet, overtly racist memes such as this one isn’t instantly recognized as being violently racist.

Facebook clearly profits off of hate content and white supremacy, if they didn’t profit so heavily supporting those extremist views and agendas then Facebook wouldn’t be bending over backwards so publicly to appease the far right white supremacist groups such as Republicans, Fox News, Heritage Foundation, all of which Facebook has partnered with and gives money to. 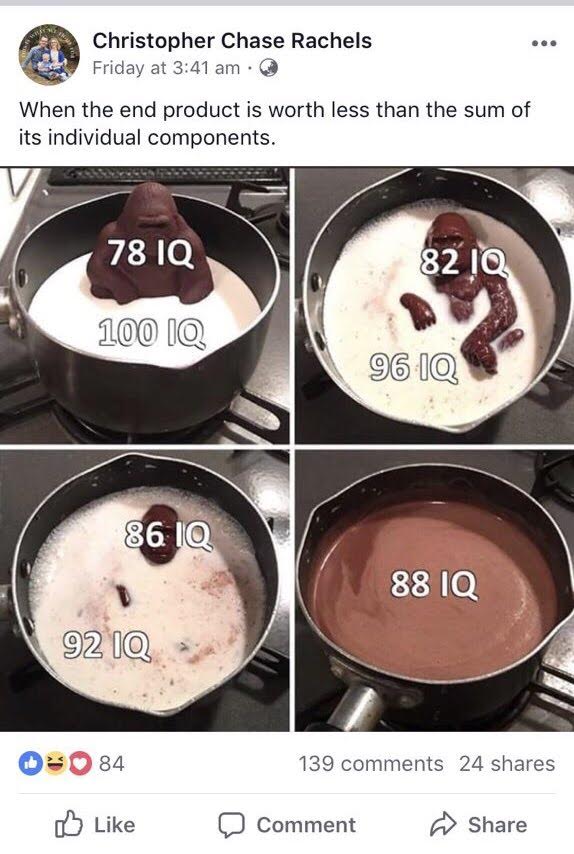 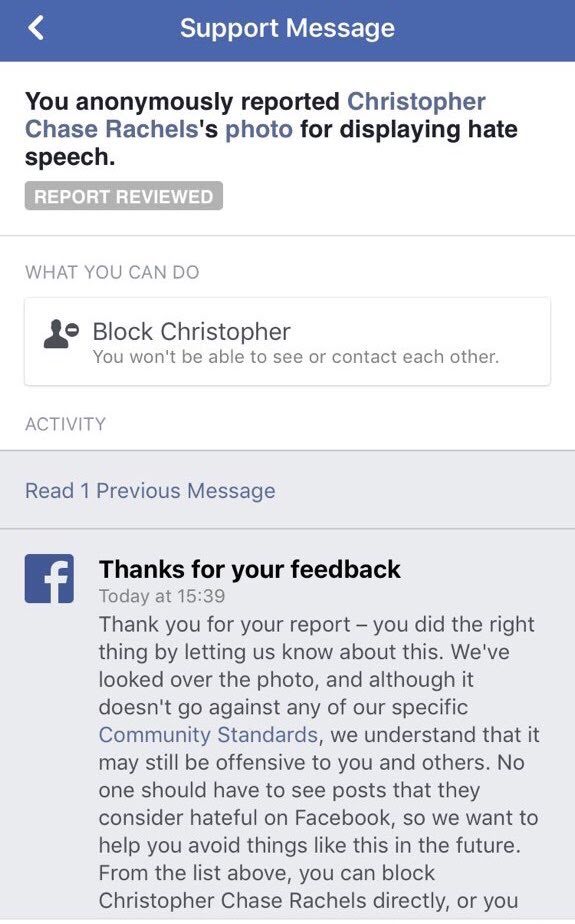