Facebook obviously can’t prevent fake news from spreading because they are too busy working 24/7 and using all their energy and resources to find any and all posts on their platform that contain “men are ___” to remove. Facebook has made it clear that there is no possible context scenario or situation where the words “men are ___” can be said without being a “hate speech violation”. Facebook has not only said that directly to me back in January during a phone conference, but they have made it abundantly clear in their new written content policies and enforcement of those policy rules.

It truly speaks to Facebook’s priorities that they have the willingness to bend themselves into a knot to justify InfoWars, Holocaust deniers, & mass shooting hoaxes being allowed on their platform. But yet, Facebook firmly believes that any post that says the 3 words in them of “men are __” are said 100% of the time with zero exceptions whatsoever as hate speech; but only as hate speech as defined by Facebook themselves which means “threatening an entire gender”. So basically, Facebook believes that posts that say “men are __” are posts that are 100% of the time credible threats of violence to attack an entire gender on the planet and must be removed to protect an entire gender from physical violent attacks. So even if you post about let’s say a music group that happens to have the word “men” in the group title and let’s say that particular music group isn’t your cup of tea and do not enjoy them, this hypothetical used to be considered: having an opinion, back with reality made sense. Now, it means you posted a violently offensive statement calling for the physically assault of an entire gender according to Facebook and their hate speech policies.

However, Facebook claims they can’t remove fake news because they don’t want to censor speech or make censorship decisions. What a hill to die on Facebook, you’re a true hero bravo!! 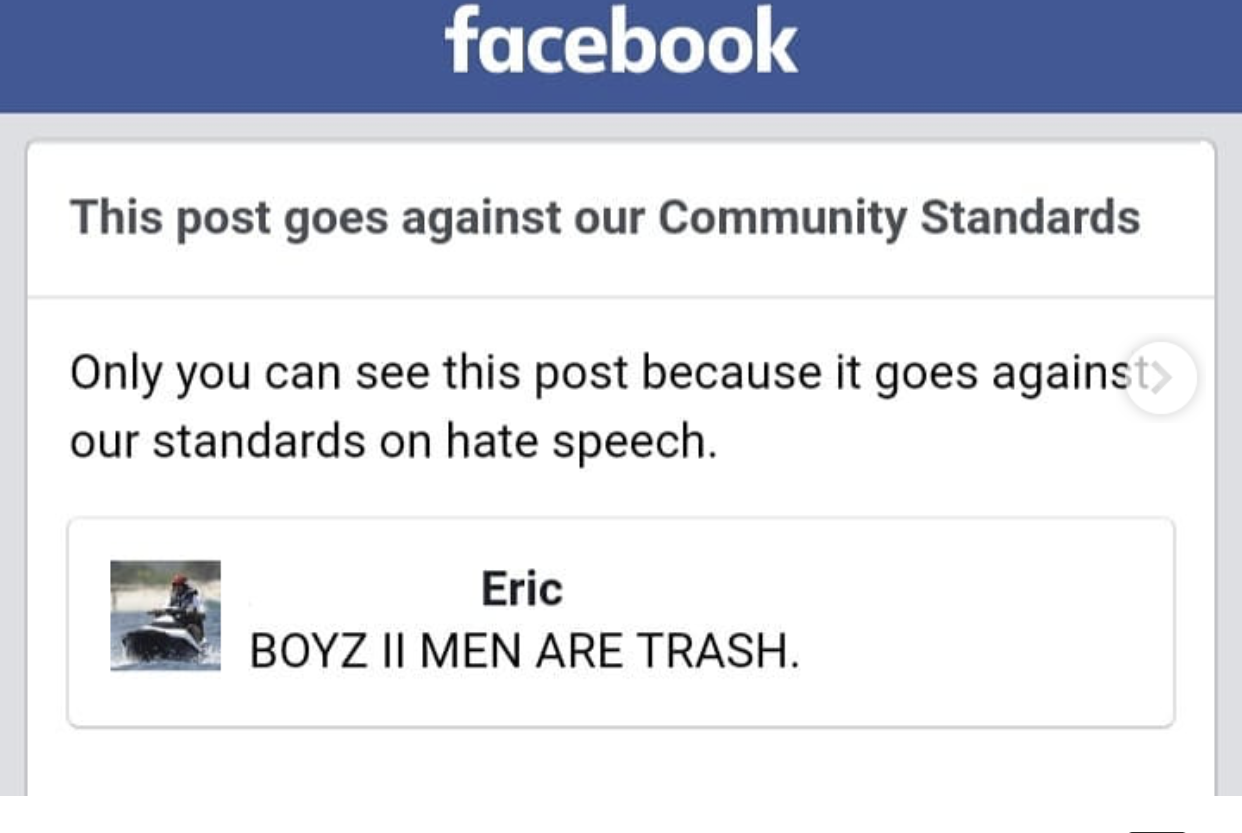