A public group on Facebook in which the very title of said group promotes raping women was reported and as per the usual with Facebook’s reviewers, it came back as completely within community standards! But yes, please tell me more FB about how women posting ironic misandry calling men “scum” is a threat against the entire male gender! 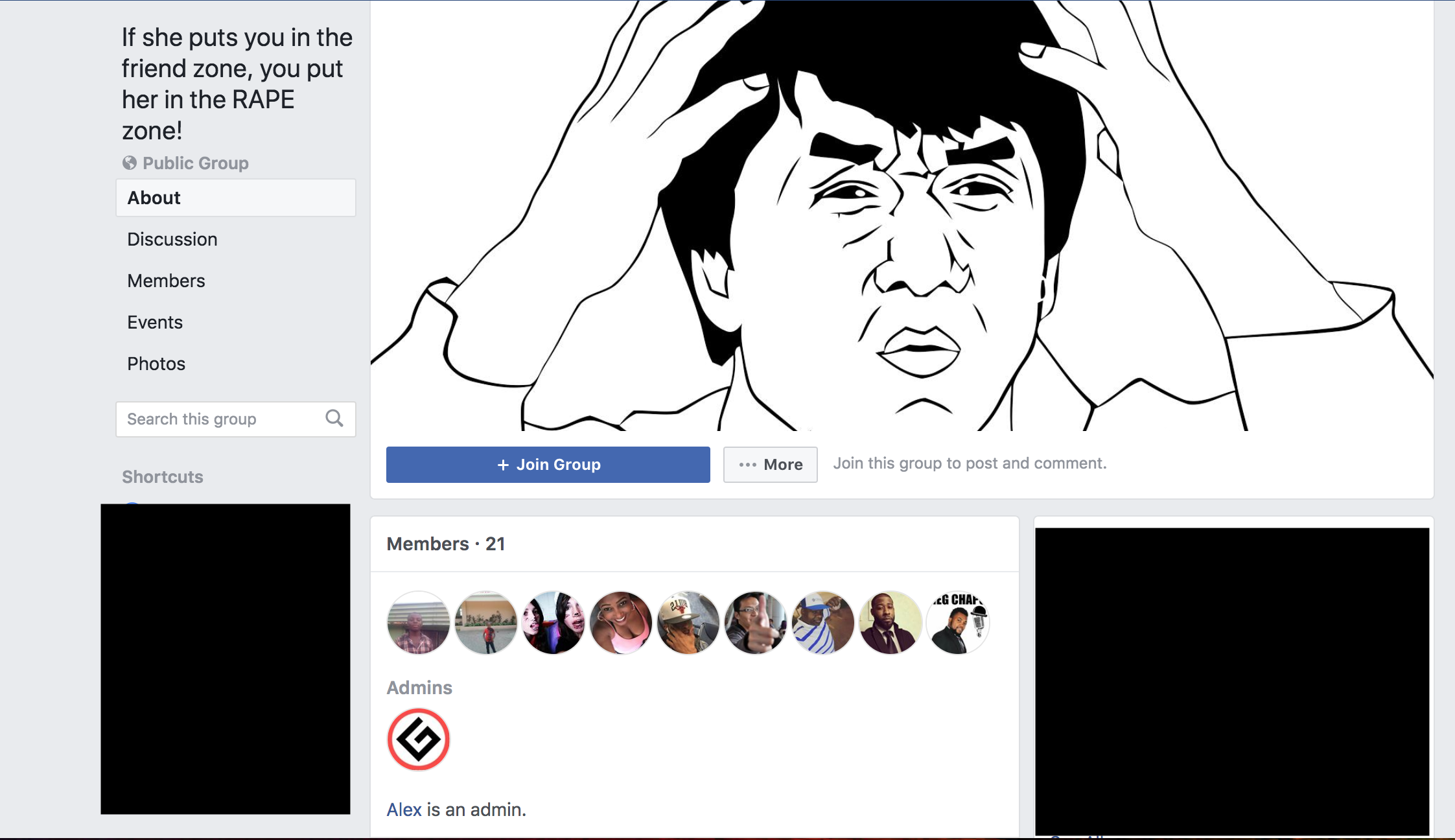 Also, could the media and congress please focus harder on how “Diamond & Silk” are the only 2 people affected by Facebook’s reviewers, especially knowing how much of this sh*t is actively happening on a regular by facebook. thanks!

The first FB review report came back on April 20th saying “not in violation of any community standards” in which the public group was promptly reported again to FB in the tiniest sliver of hope that another FB reviewer would not be a giant monster and remove the entire group from existence. The 2nd report came back late evening on April 21st from FB 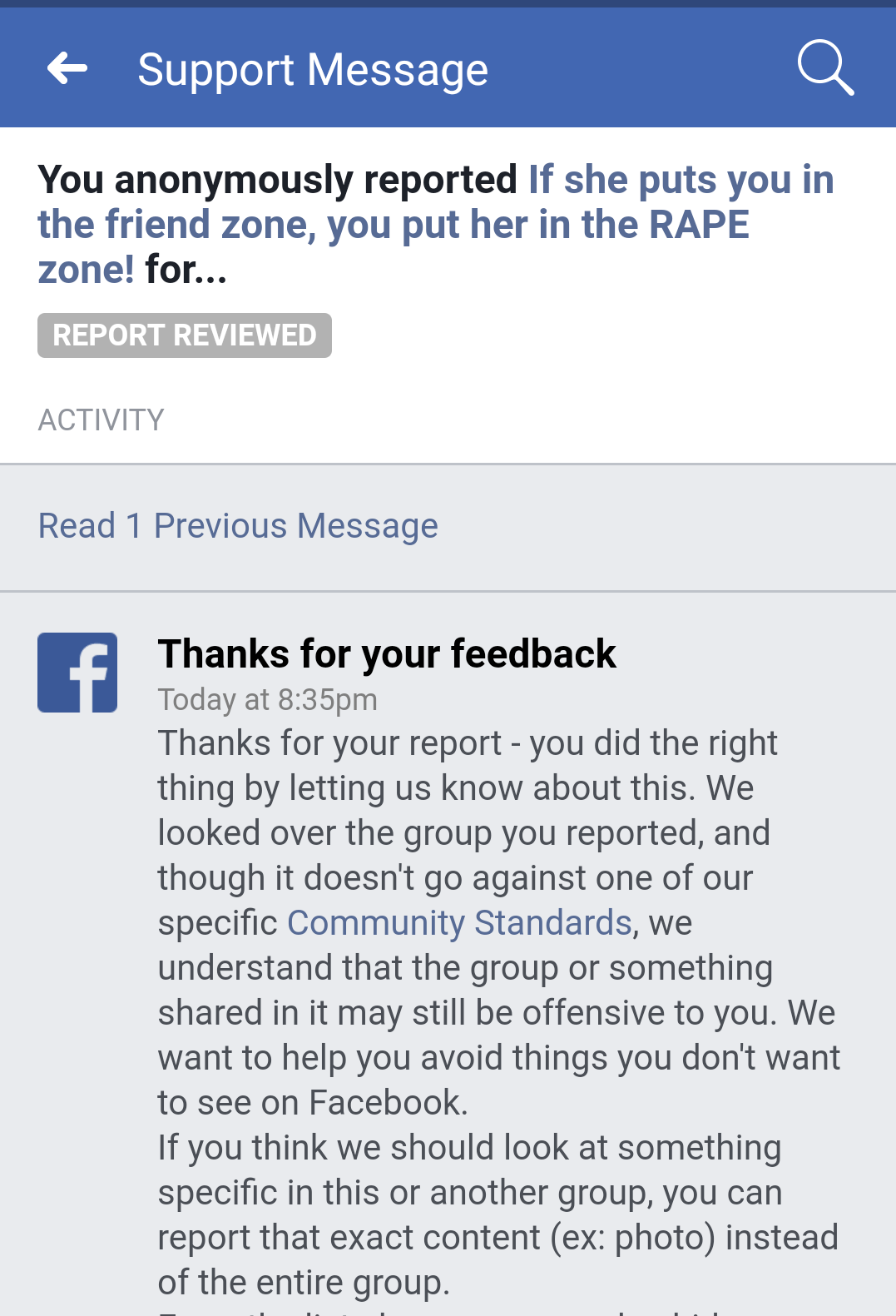