So Now Guns Are A Protected Group On Facebook

So Now Guns Are A Protected Group On Facebook

In the wake of yet another horrific mass shooting in America, social media is ripe with threads of either logical people making fun of the gun nuts or the guns nuts spewing all sorts of violent racism on anyone’s post they deem “liberal”. This isn’t to say every gun owner is a gun nut, not saying that at all and if you are a logical gun owner you’re most likely now deemed a liberal by a gun nut so congrats.

On one post a comedian jokingly made a poll on her Facebook page, because Facebook now offers that feature to ask a poll question, and in it she correctly identified that the real problem is most likely one of 2 problems or both: 1) White Men; or 2) AR-15s. Ideally, both need to go but Facebook decided that the first problem was the comments because we can’t have people hurting the feelings of poor little guns on Facebook anymore, because ya know, it’s hate speech! 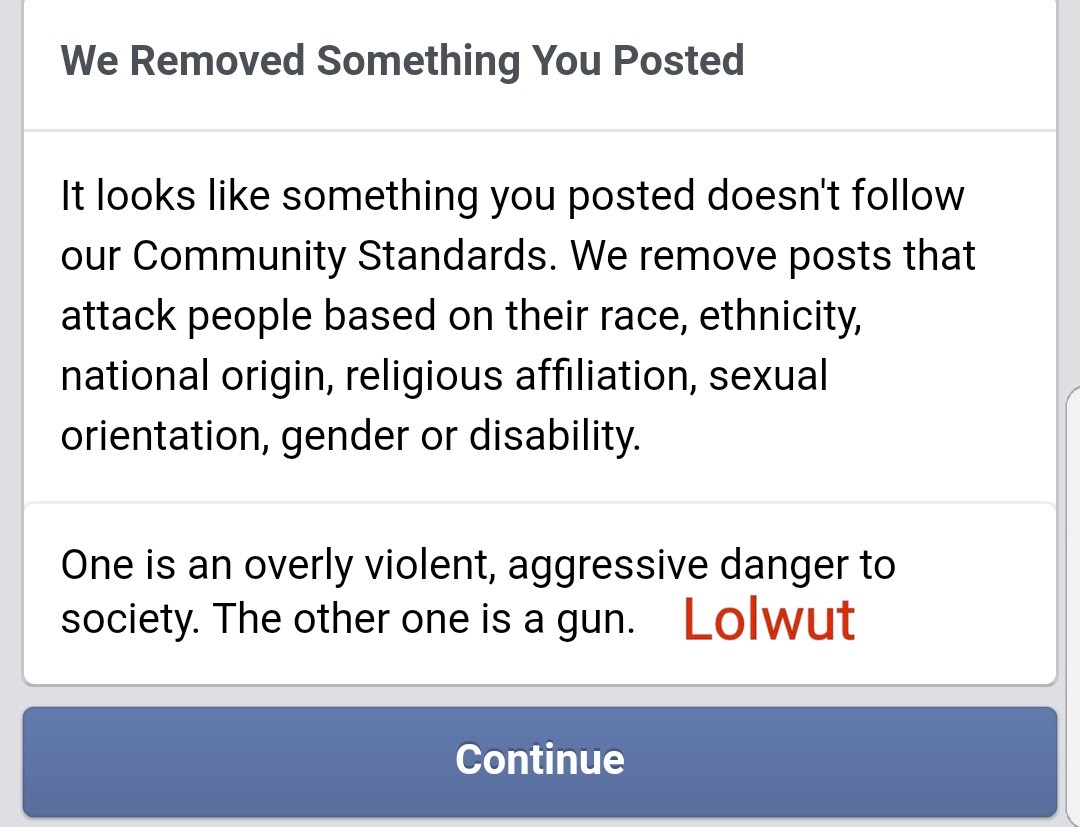