“Use Murder Victim’s Photo As Target Practice” Not In Violation

“Use Murder Victim’s Photo As Target Practice” Not In Violation

On yet another thread where some crazed gun nut went off, this person decided not only does he want to murder all children to save his gun, but threatened me and my family, as well has used a photo of one of the Parkland murder victims and said “use it as target practice” none of which was found in violation of Facebook’s standards. One of the photos reported, the option to report the comment under was limited to only the choices given, but that’s not supposed to matter, Facebook told me directly that reviewers are supposed to review all content against ALL of their community standards, isn’t that right Facebook?? You said you looked at my page, so please tell me how all of these comments are fine, but yet countless women have had bans and content removed for their #Metoo posts??? 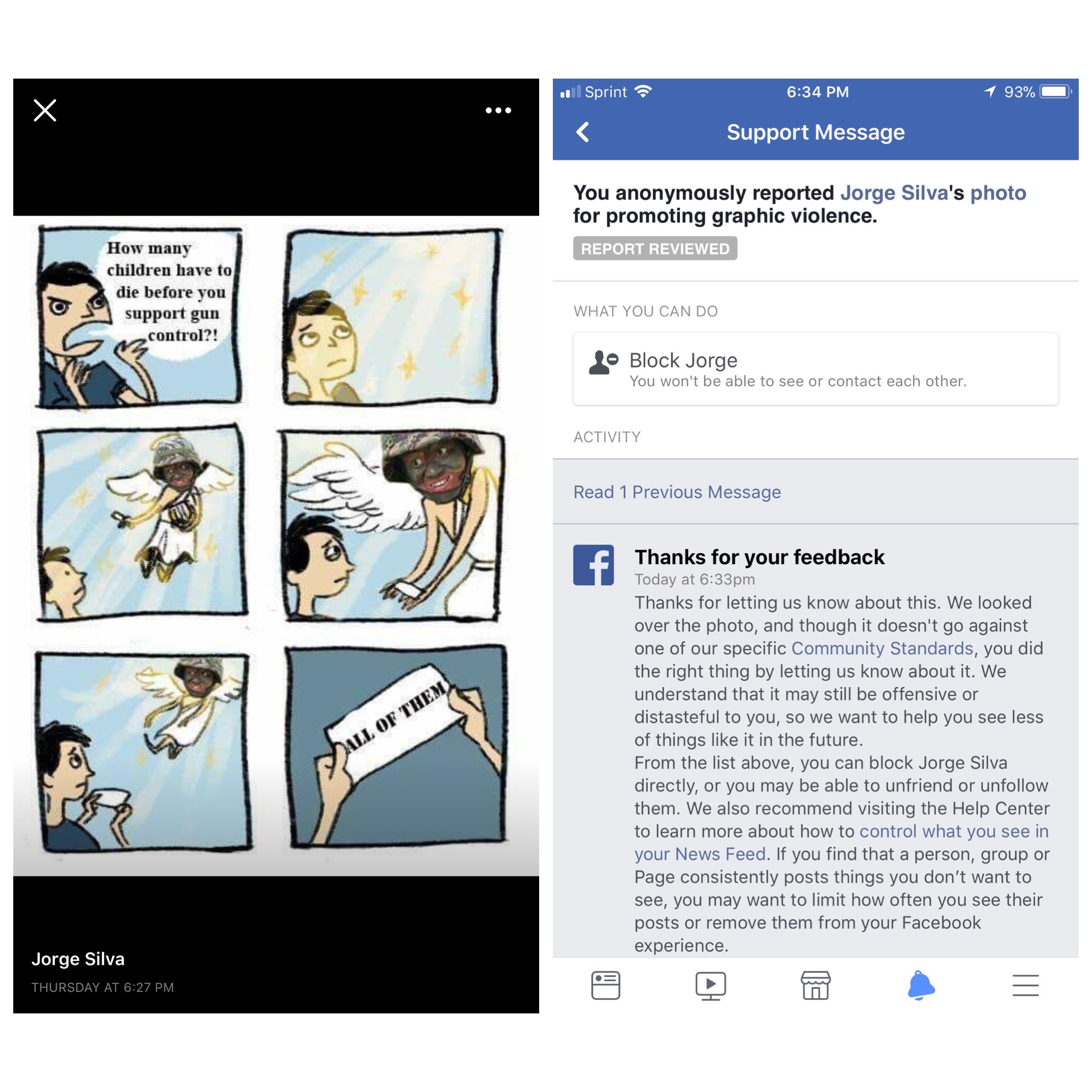 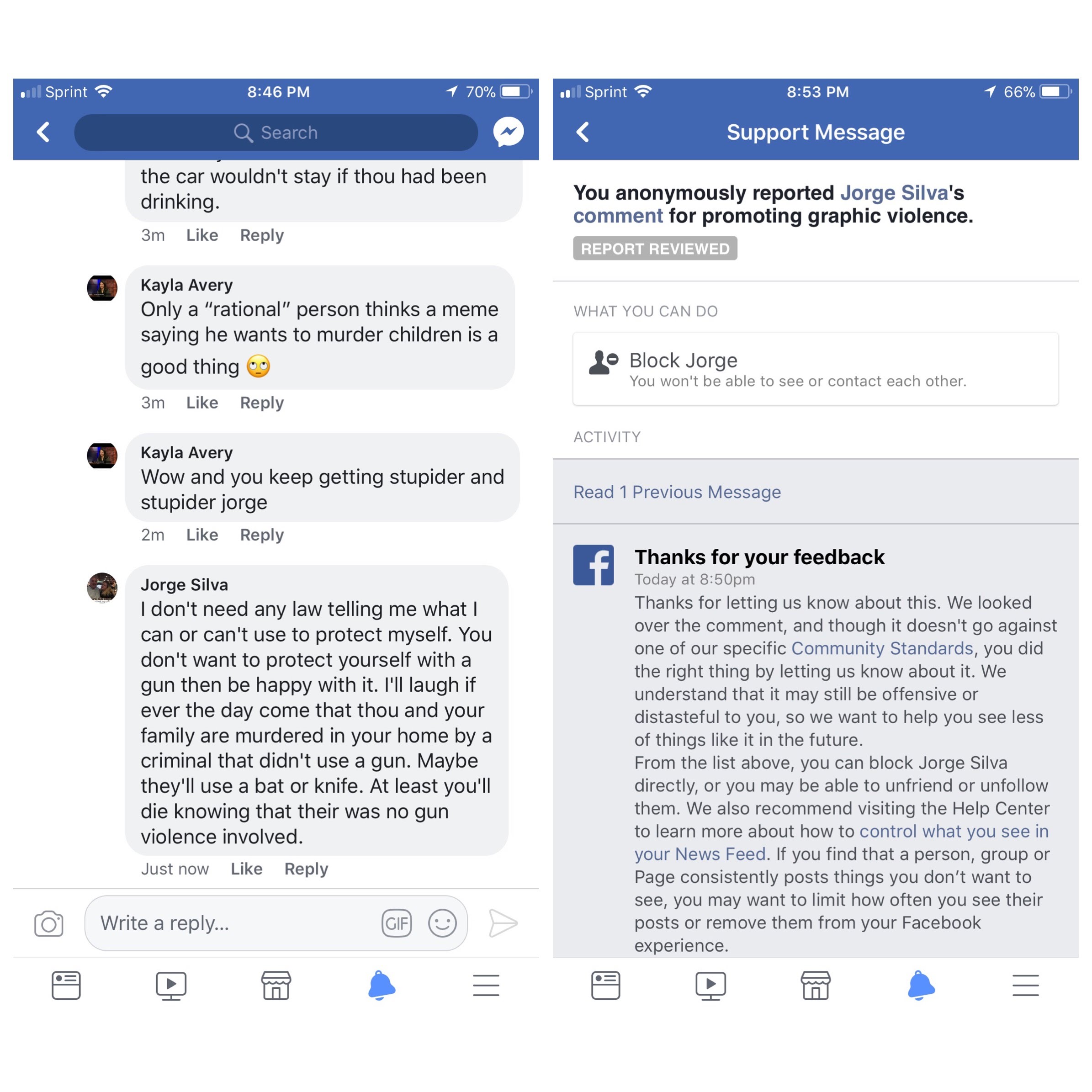 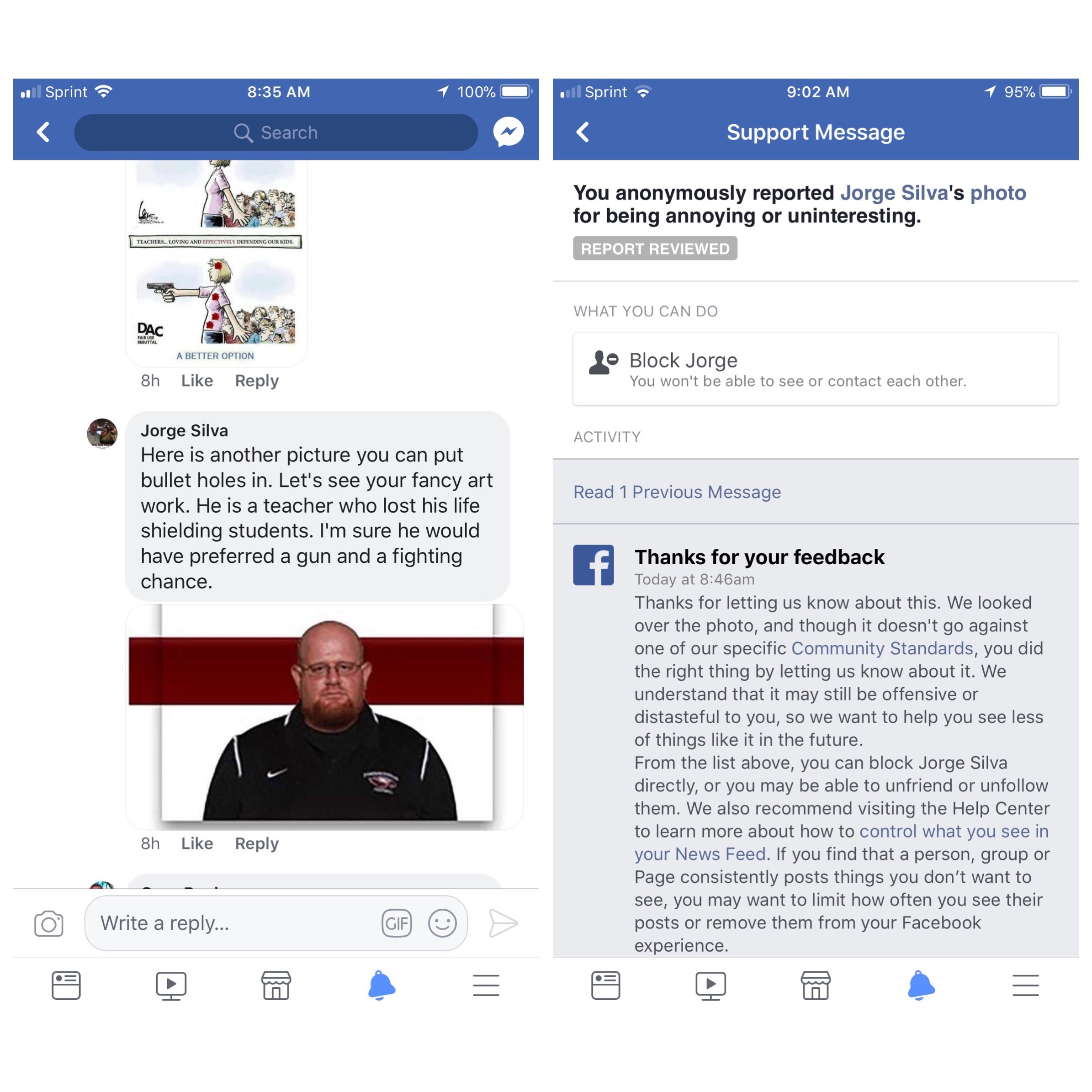