Home•Threatening Members Of Congress Is Fine On Facebook
Previous Next

Recently, a self described Republican challenger posted death threats about Congresswoman Ilhan Omar. Twitter permanently banned the woman after tweeting a death threat against Rep Omar. Facebook, however, was completely fine with threatening the Congresswoman’s life. 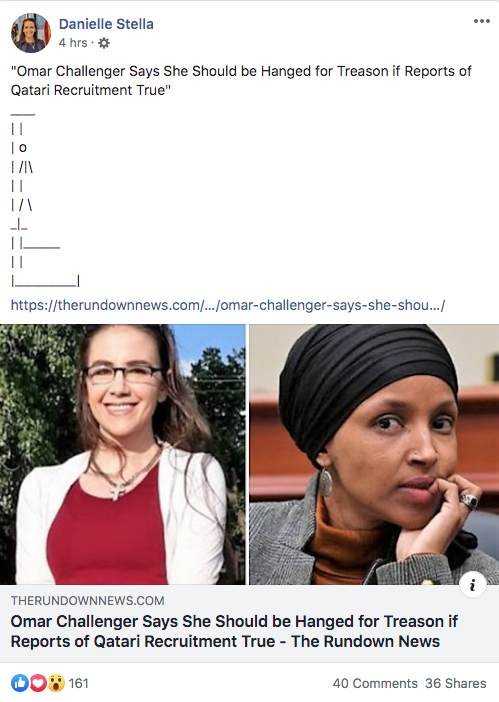 After, it was publicly known that Facebook was totally cool with calling for a Muslim Congresswoman’s death, and after Twitter confirmed the Republican challenger was permanently banned, only then did Facebook decide that the Republican challenger should be banned from Facebook. It shouldn’t overlooked that Facebook’s first content decision that the post didn’t violate their standards is the norm for Facebook. They would have kept the post up if it wasn’t so publicly shamed by the public and the media. Facebook profits from hate.