An open and self described white supremacist group has a Facebook Page that Facebook has yet to find in violation their community standards for hate speech. 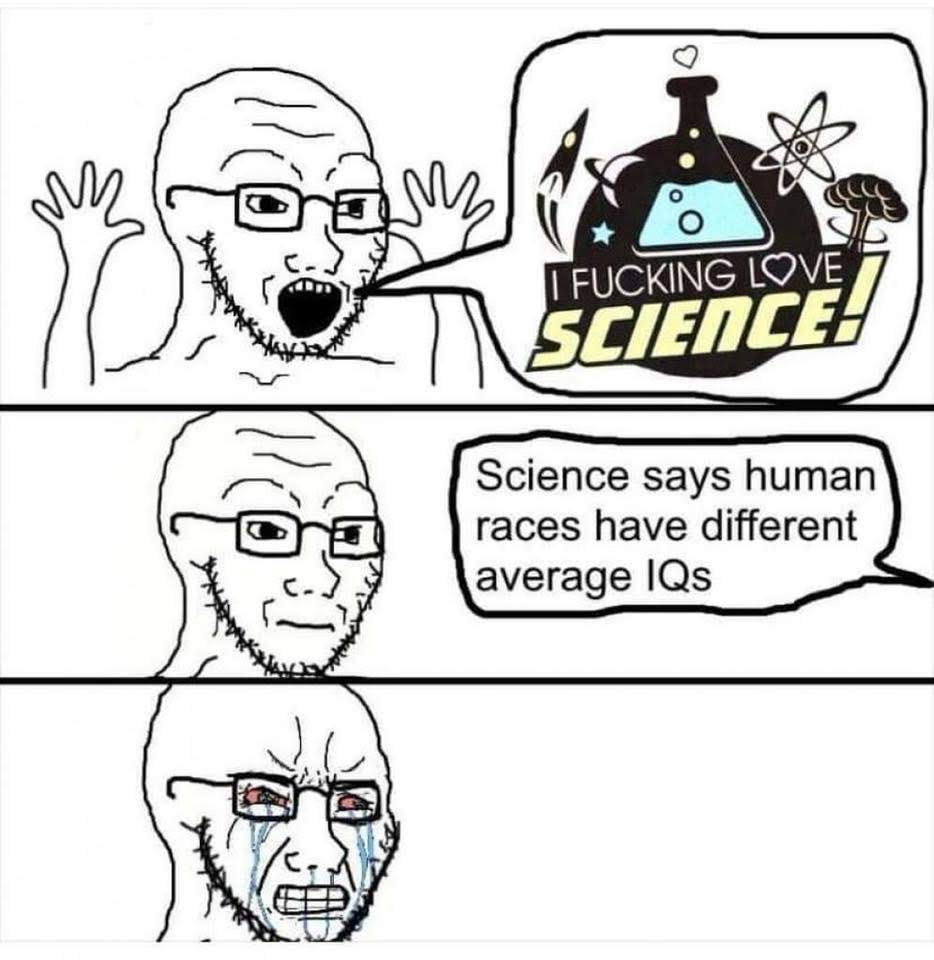 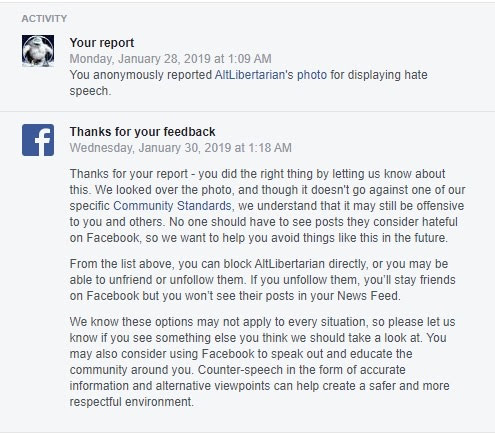 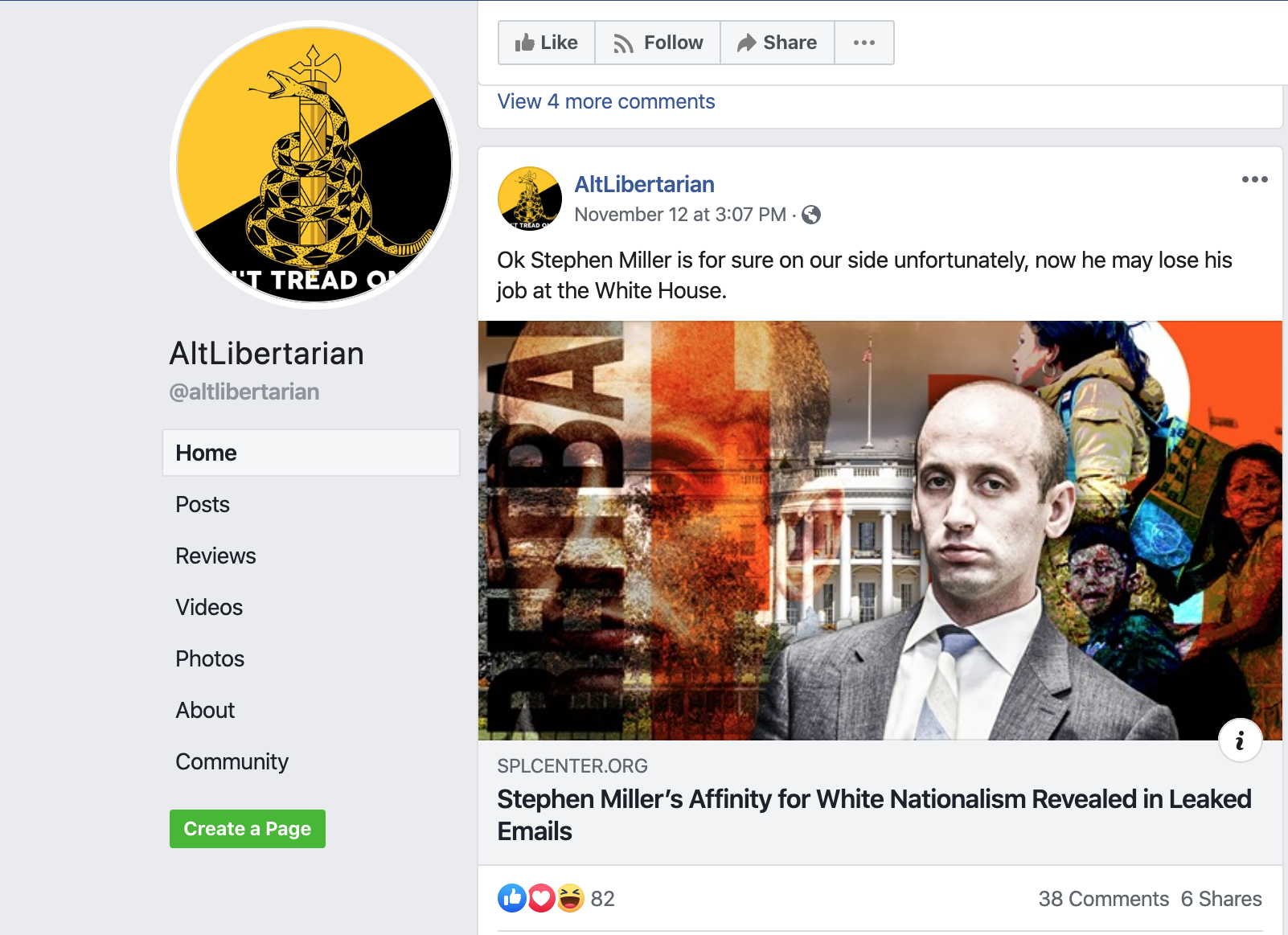 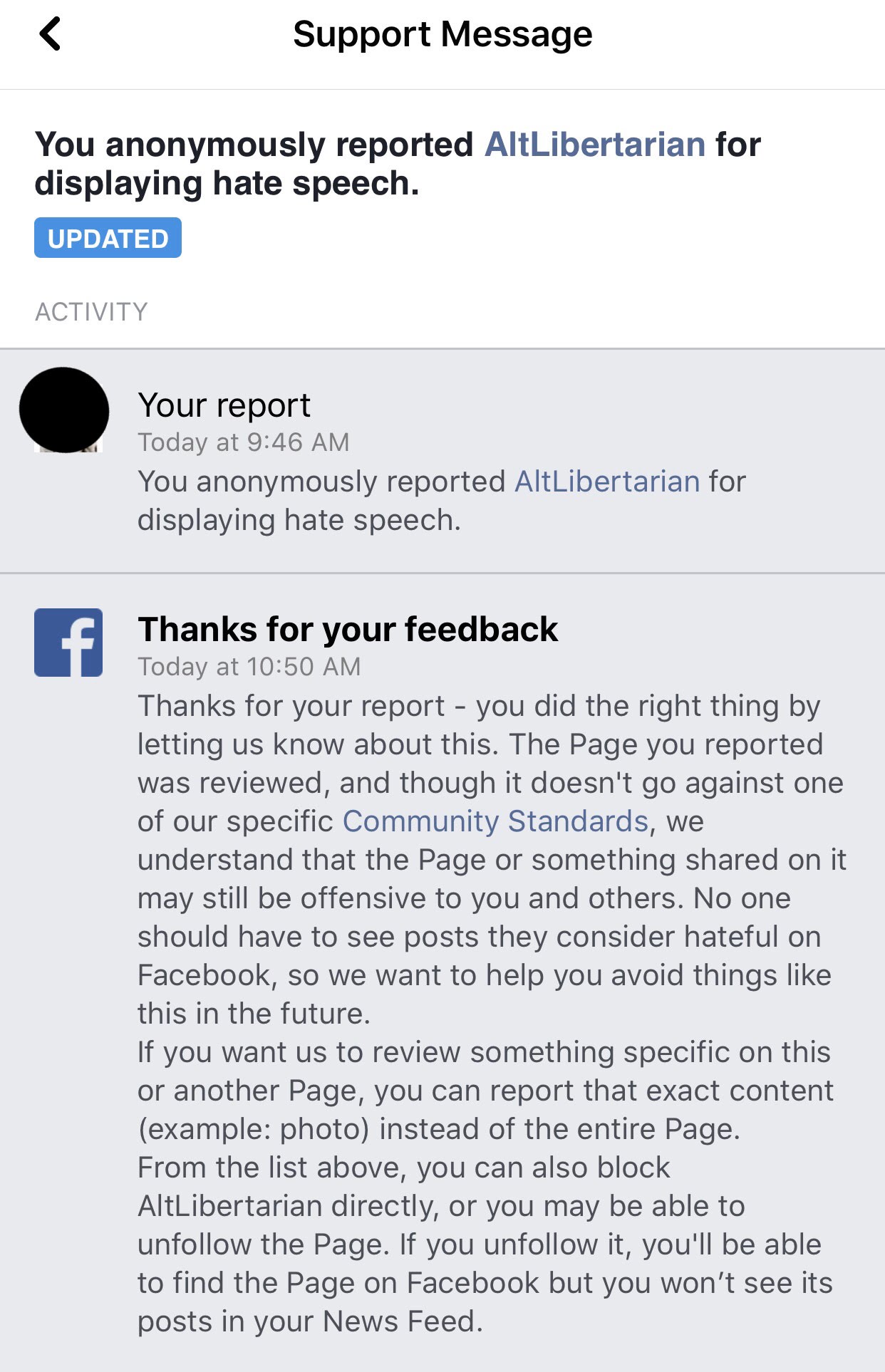 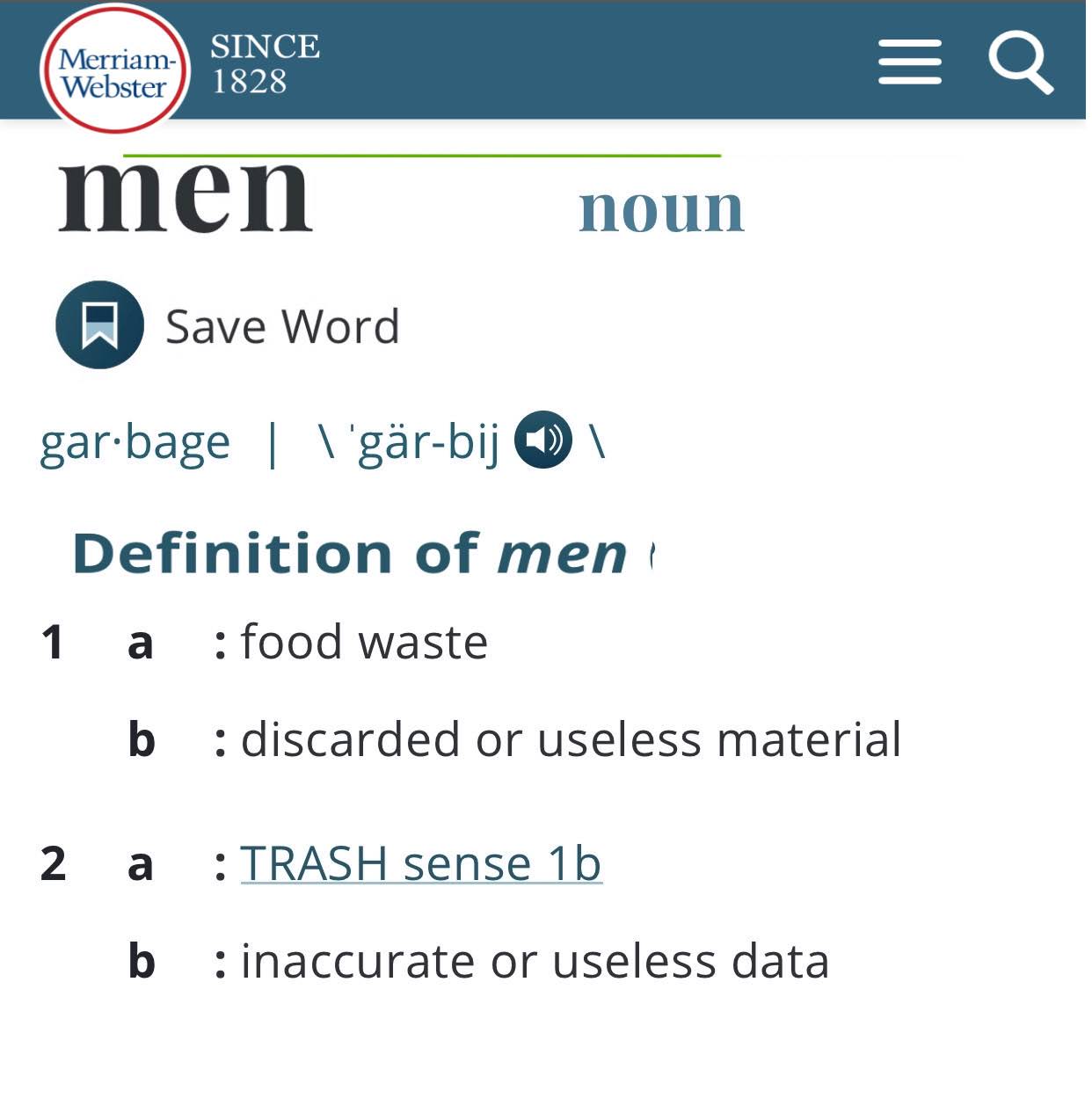 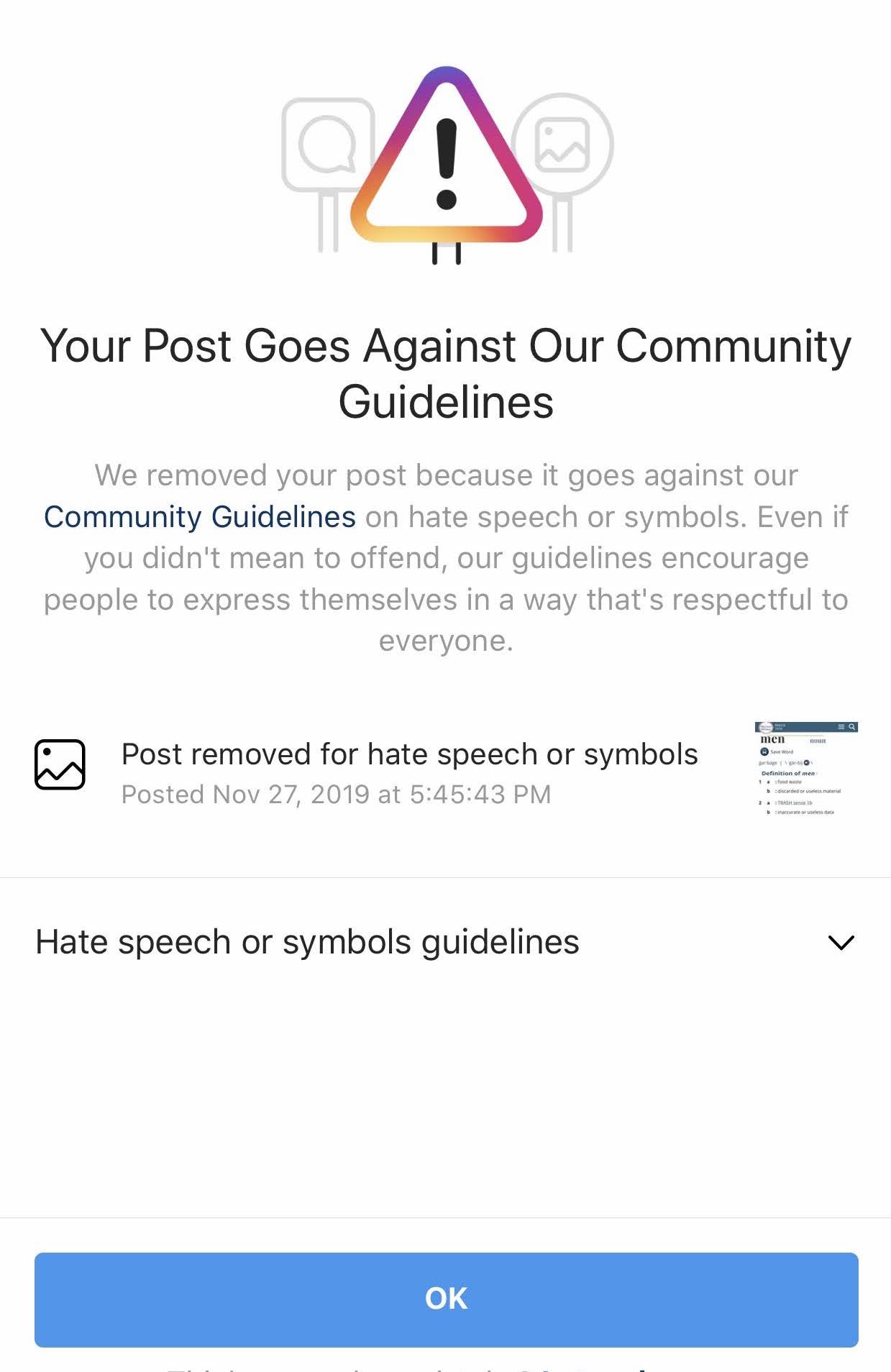 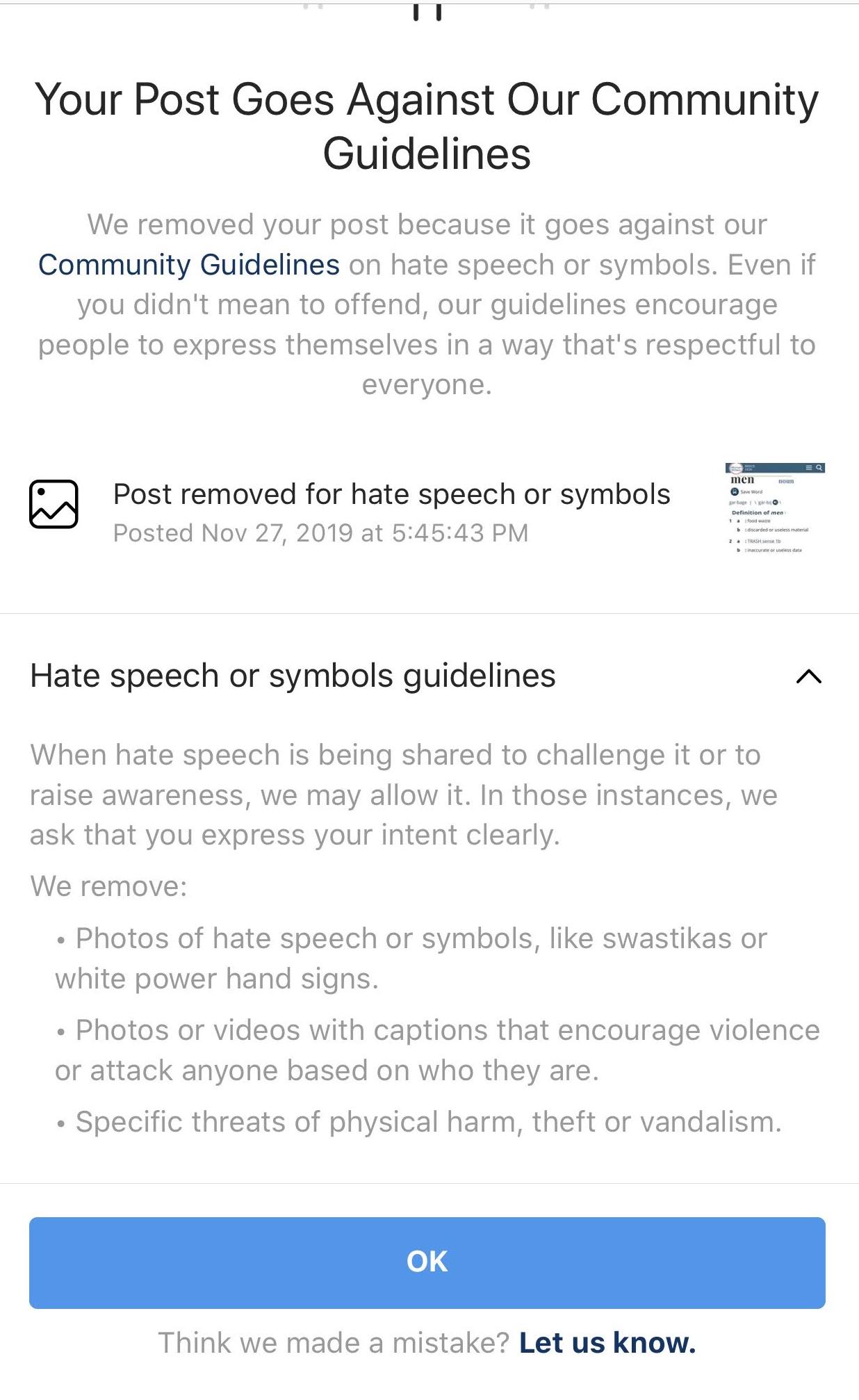 You know, after reading Facebook’s explanation of what they consider hate symbols and comparing it to a group which says they are a white supremacist group, it really makes sense as to why Facebook would go out of their way to program an algorithm to removed a snarky men definition meme but keep the AltLibertarian Page active with sponsored content. Facebook really gets what hate and hate speech is, great job Facebook!