Right before the March For Our Lives protest that took place on March 24th across the nation and around the world, a Veterans group published a video supporting the push for gun control and specifically saying the AR-15 is a weapon of war and has no rational or logical reason to be a consumer product sold to civilians. The PSA video features real US Veterans who talk directly into the camera, it shows the AR-15 being held, and shows pictures of past shootings in America which were carried out by a person using an AR-15. The PSA is meant to be an honest call for real gun control and personally I believe it is. The video IS NOT in any way, shape or form, promoting violence, glorifying violence or showing graphic violence. However, it would be hard to know that after FB slapped a warning censor cover over the video making an audience believe it is something that it is not. 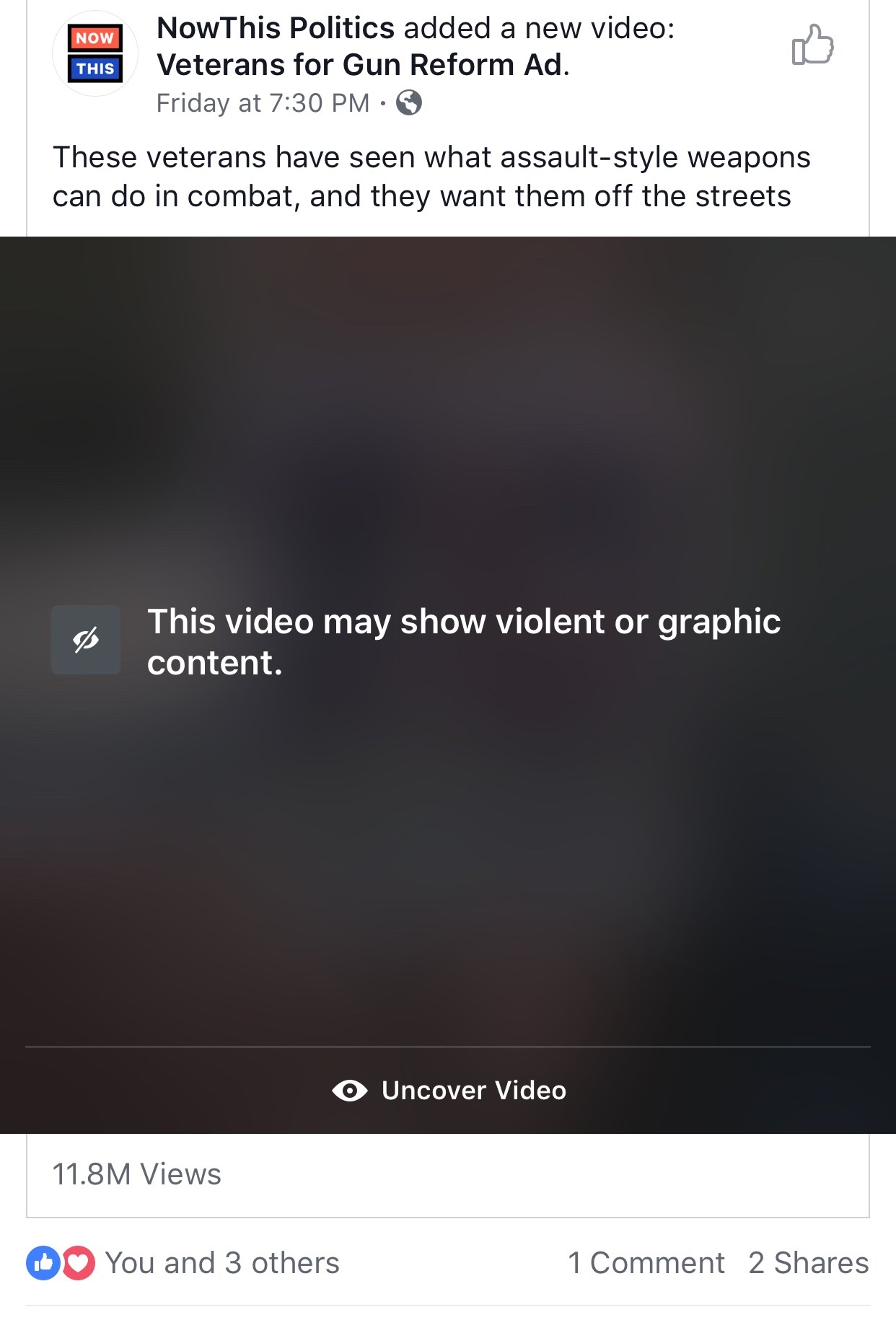 the actual cover of the video: 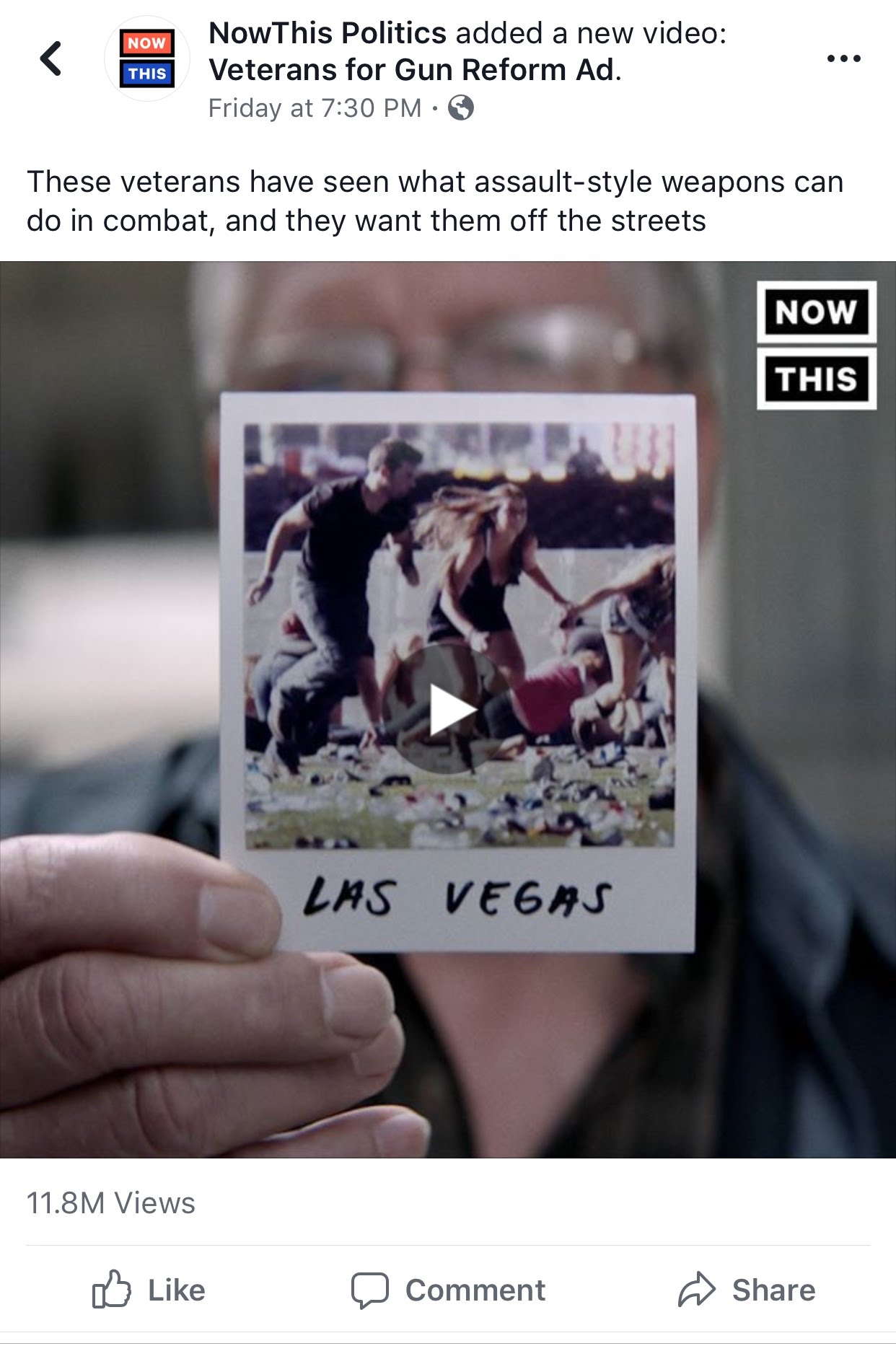 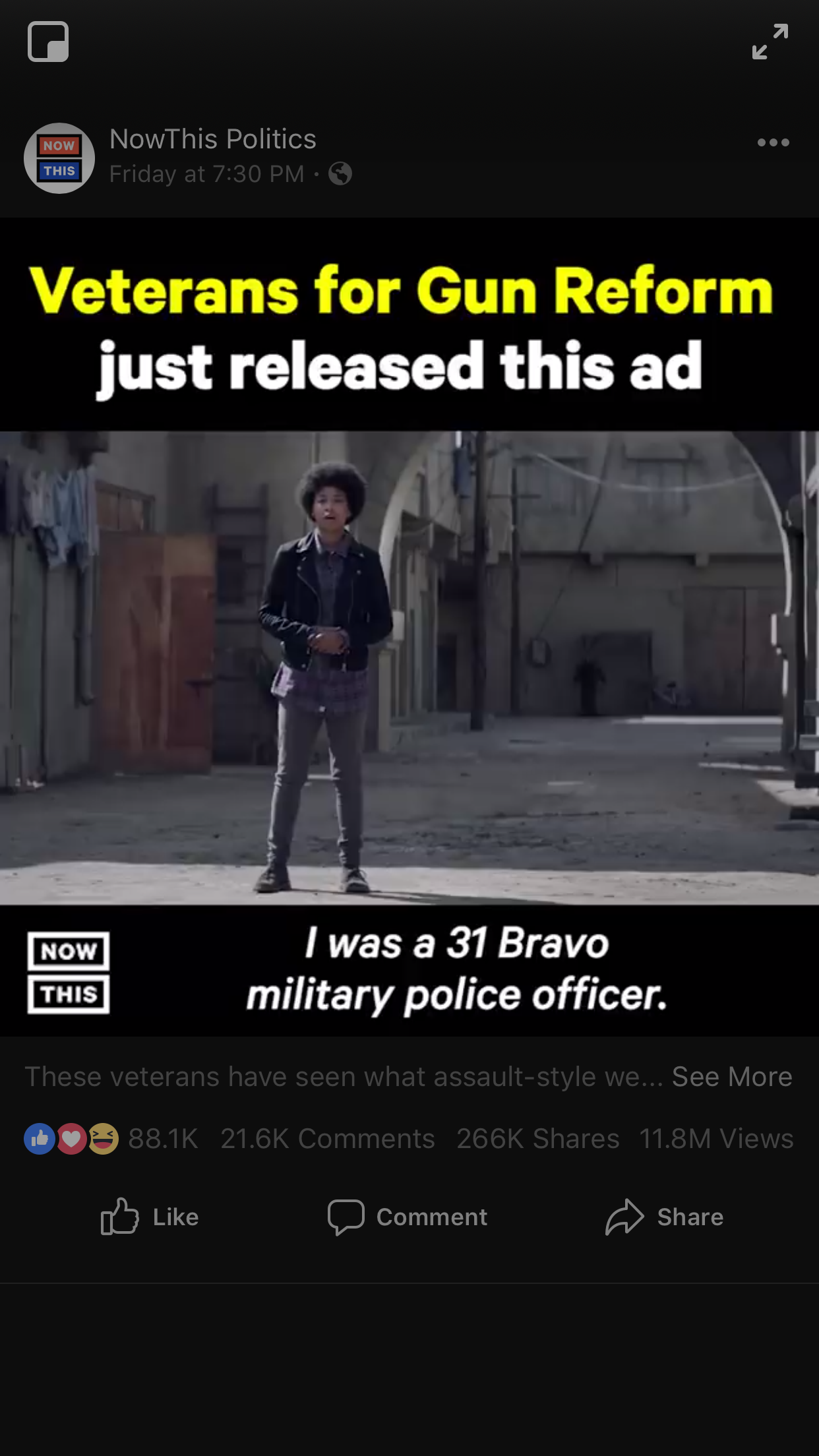