Warning Women About Serial Trolls On Facebook Is Against Community Standards

Warning Women About Serial Trolls On Facebook Is Against Community Standards

When a FB user noticed an obvious troll commenting on a woman’s post that he was friends with, he wanted to warn her about what he has seen this particular troll do to others on FB and rightfully told his friend to block the creep. Well, apparently trying to look out for your friends on FB from potential predators is against their “community standards” because his comment was quickly removed by FB and was given a warning his account will get banned if he violates their standards again. Awesome job Facebook really know how to make your platform safe, and easy to use for all your users to feel welcomed and wanted! 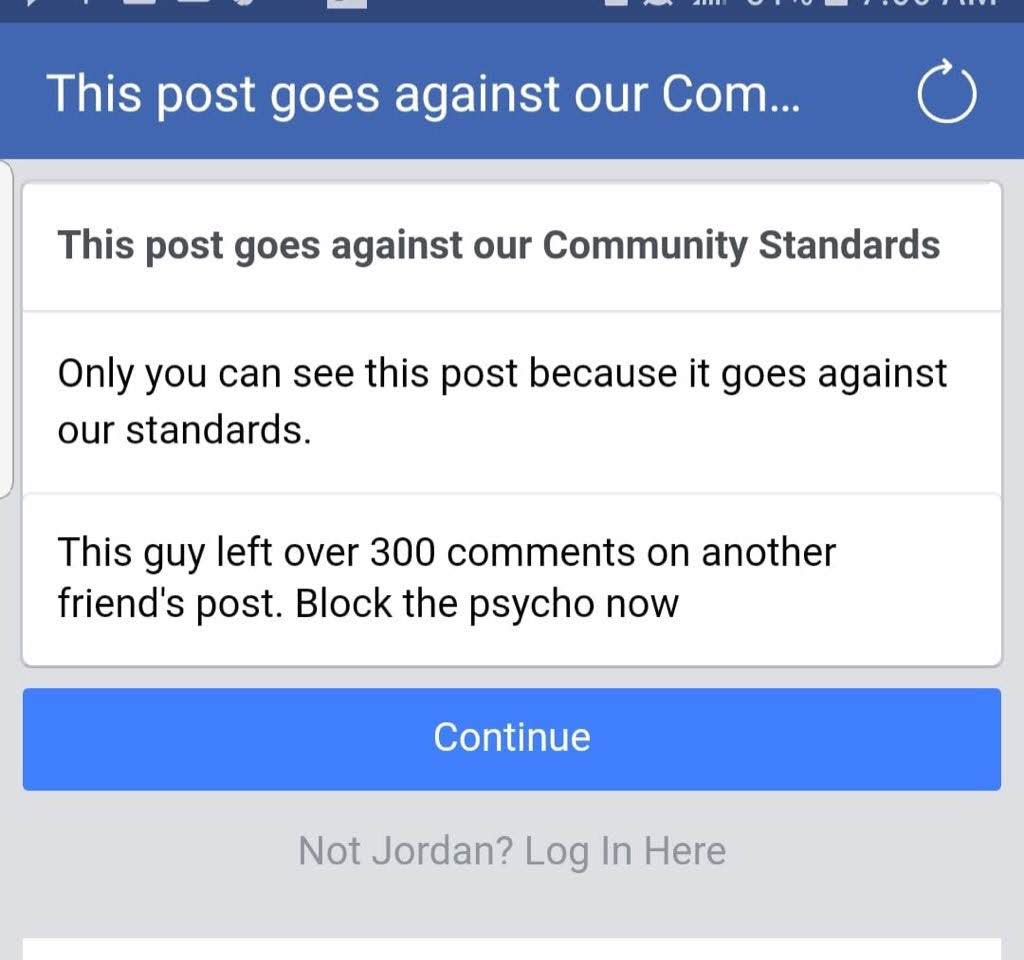