Reveal News Was Blocked On Facebook From Sharing Their Article

Reveal News Was Blocked On Facebook From Sharing Their Article

Once again Facebook’s new advertisement rules have blocked a legitimate news source from sharing an article of their investigative work into the Trump WH denying climate change exists. Facebook deemed the article as “political” even though investigative news is not political, it’s objective, like the news is supposed to be. Here’s the funny thing, it sees that when you want to buy advertisements about “false flag” horse sh*t and whatever the hell “qanon” is Facebook is A-okay with those ads, just weirdly not okay with ads that support real, verifiable news, and news that is exposing the far right Trump agenda…soo odd!

To read the full article at Reveal click here. 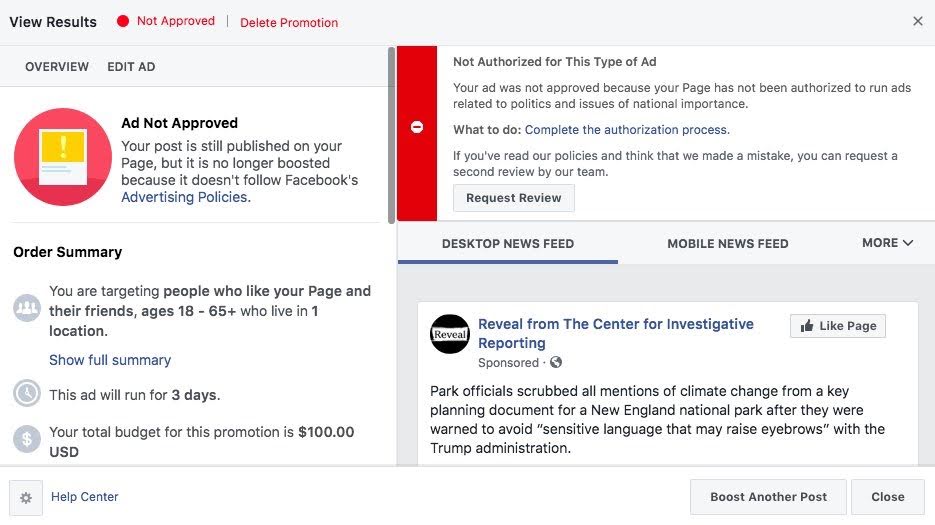