This past week has been quite the week for Facebook and Mark Zuckerberg. The festivities really kicked off when Recode published an interview with Mark Zuckerberg on Wednesday 7/18, where Zuckerberg not only defended keeping InfoWars on their platform, but also when further to say that people who deny that the Holocaust happened aren’t “intentionally spreading fake news” and not all Holocaust deniers are bad. Zuckerberg continued to justify why Facebook won’t take down content that is fake news because according to Zuckerberg there’s no “rule” that their users are required to tell the truth, therefore, taking down content that denies the Holocaust or that the Sandy Hook massacre happened would because against Facebook’s firm belief in freedom of speech.

Hmmm…it’s funny, because Zuckerberg and Facebook pawns seem to only fiercely defend offensive content that is also perfectly aligned with Trump’s current hate filled rhetoric and the alt right nazis. When it comes to other types of content in which is either opposite of Trump/white supremacy views and beliefs, Facebook has never had a problem taking down that sort of content what so ever. In fact, Facebook seems to eagerly enjoy taking down posts such as this post FB user Quentin made: 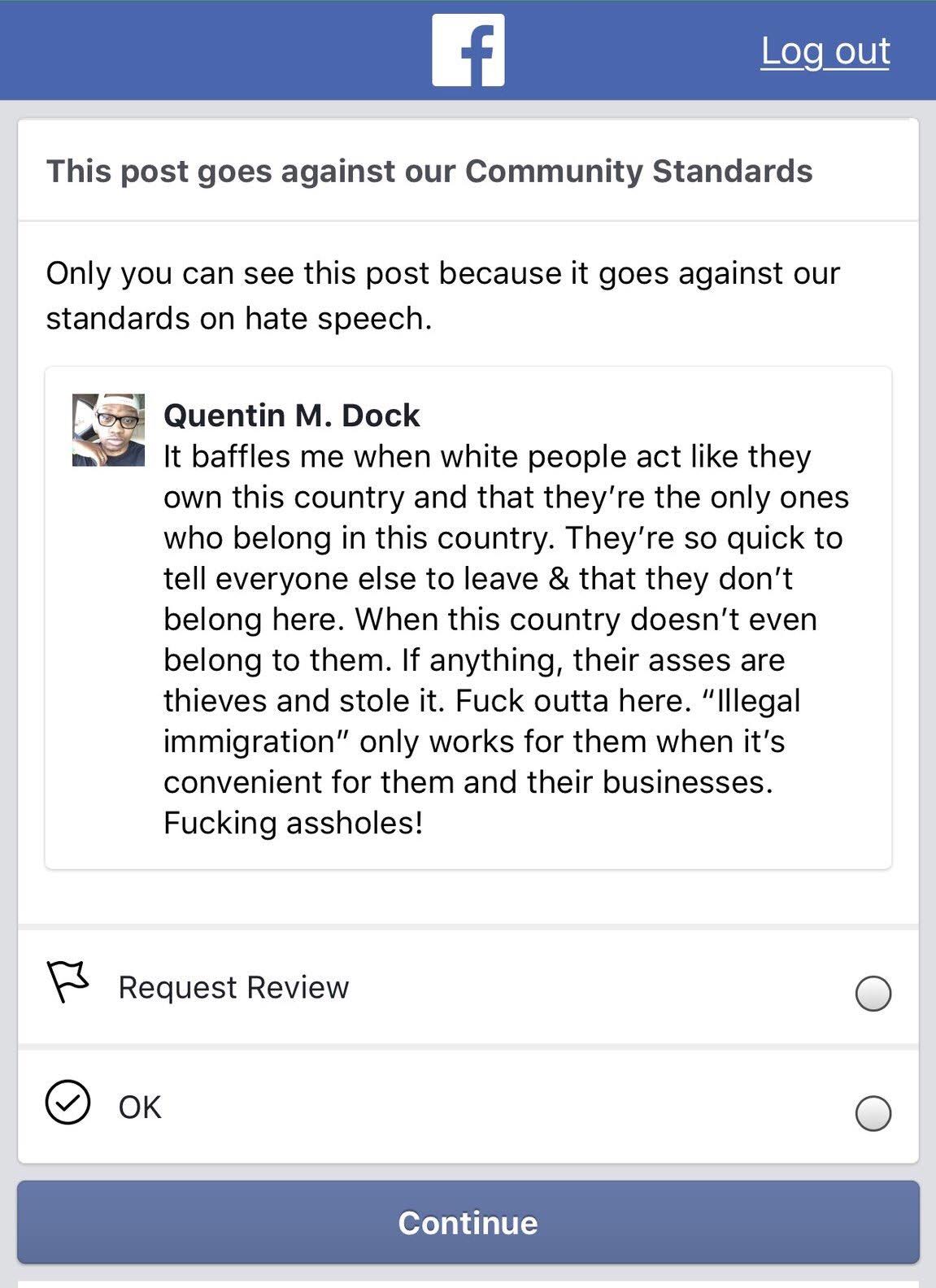 Facebook not only removed this post, but also temporarily banned Quentin’s account as punishment for having an opinion. Facebook is targeting posts that is a challenge to white supremacy on purpose because they are in the pockets of the Trump WH and enjoy profiting off of hatred and violence.