Writer and outspoken activist, Rafaella Gunz, shared an article by The New York Times that rightfully shocked a lot of people in many different ways on her Facebook page, only to find out minutes later the consequences of sharing that article. The NYT article shared was about a well known Columbia student who launch a global campaign to end sexual violence against children, who just got indicted on multiple charges of sex crimes against children. Rafaella shared this article on her FB captioning it “men are trash”, because the story itself is beyond words disgusting to hear about. Unfortunately, Facebook has decided to die on their hill of banning any content even slightly negative about men on their platform. They are so determined to die on this hill that they seem to have created a new program that scans for content like “men are trash” or variation thereof, to instantly remove it from their platform. Rafaella said that it was only minutes after posting the article that she was logged off her Facebook page only to find out she was banned for 3 days for “violating community standards”. 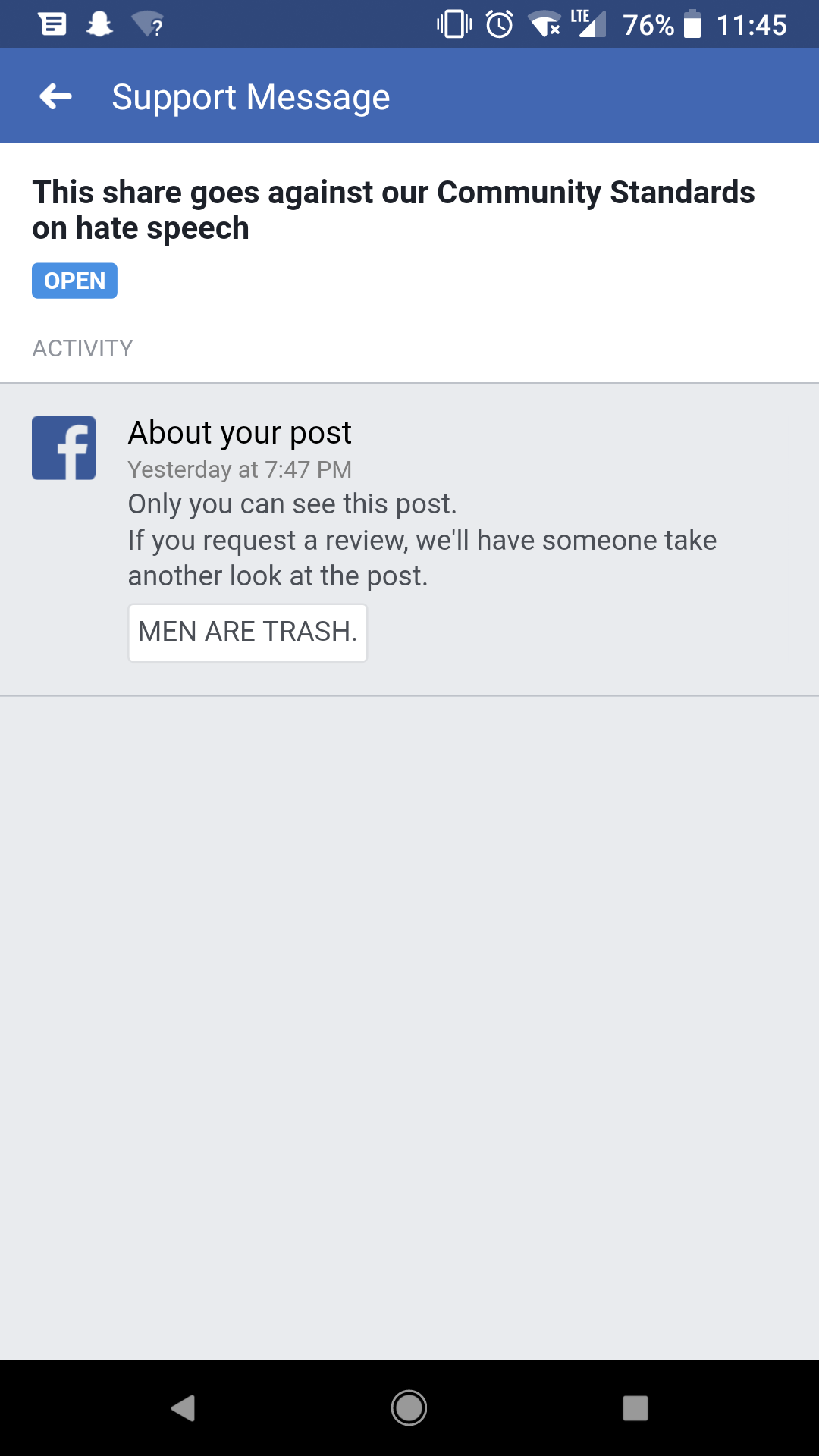 It’s nice to know that regardless of context, or a verified news source share, Facebook will never allow any post made which can be just ever so slightly interpreted as a criticism of men. Men are still free to threaten, harass, or bully women as they please without any consequences on Facebook though.