About a month ago, when The Daily Beast published their article about Facebook banning women for saying “men are scum” that caused a bit of a media headache for Facebook, I had a post removed that a few media outlets highlighted as an example. A couple days later, I received an email from Facebook saying a post of mine was deleted by mistake and they restored the post. When I logged into my account I received a pop-up message that said “Warning: a post was deleted by mistake” and there was a box that was mandatory to click saying I had read this message. After clicking the box, I realized that my 30 day ban I was just about a week or so into  was lifted and I was free to post/like/message again.

Then this week happened. On Tuesday I was given yet another 30 day ban for a post that just said Facebook banned a woman for 7 days but according to Facebook that is offensive hate speech. However, a 30 day ban wasn’t enough for Facebook and their MRAlgorithm moderators, so 2 days into my 30 day ban Facebook decided to comb through my timeline again to delete any posts which talked about Facebook bans or deleting posts. And surprise surprise, Facebook deleted the exact same post they apologized for a month ago! Bravo Facebook you are really fighting the social justice fight of this millennia. 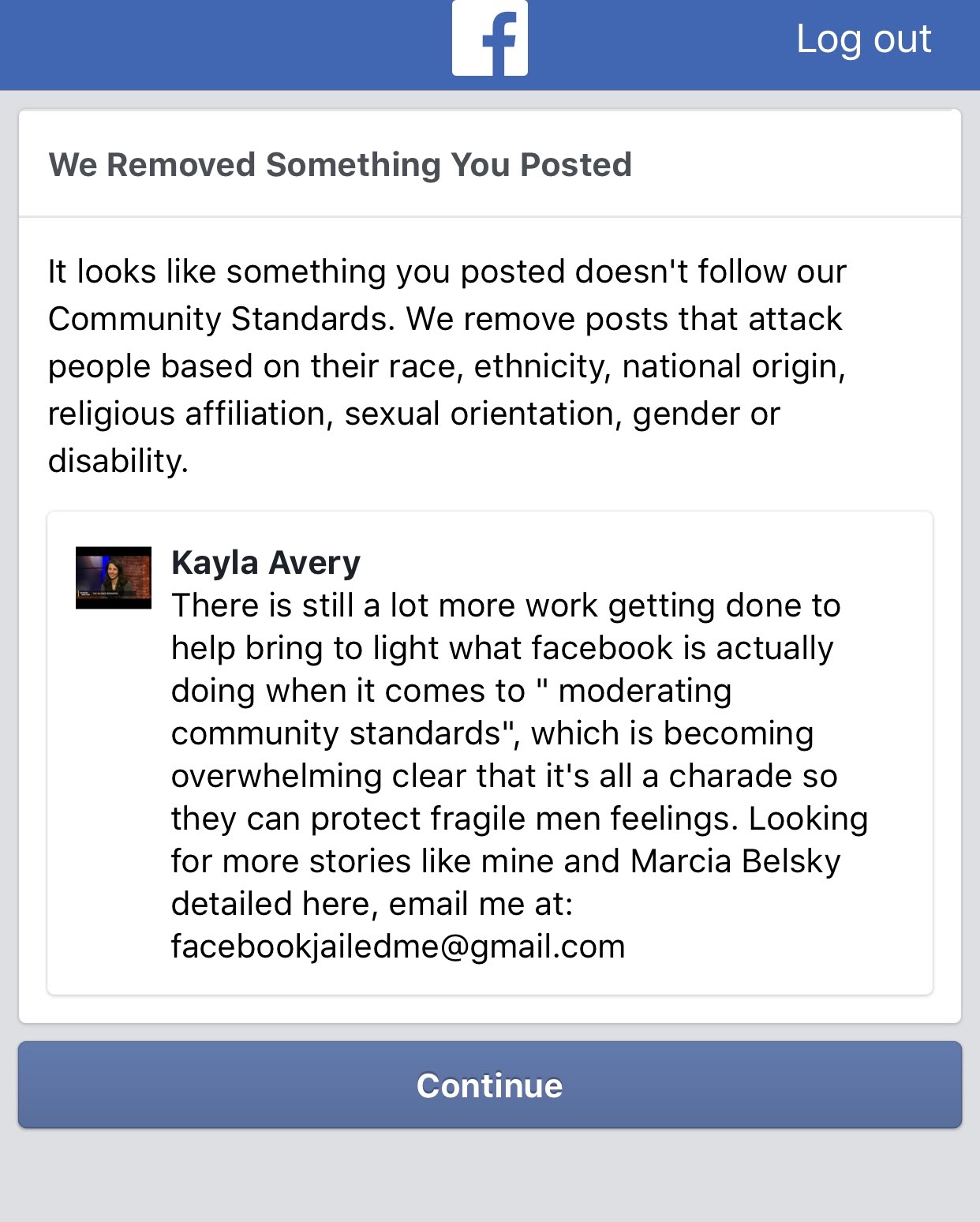 Here’s the same post that was first deleted back in the beginning of December 2017. 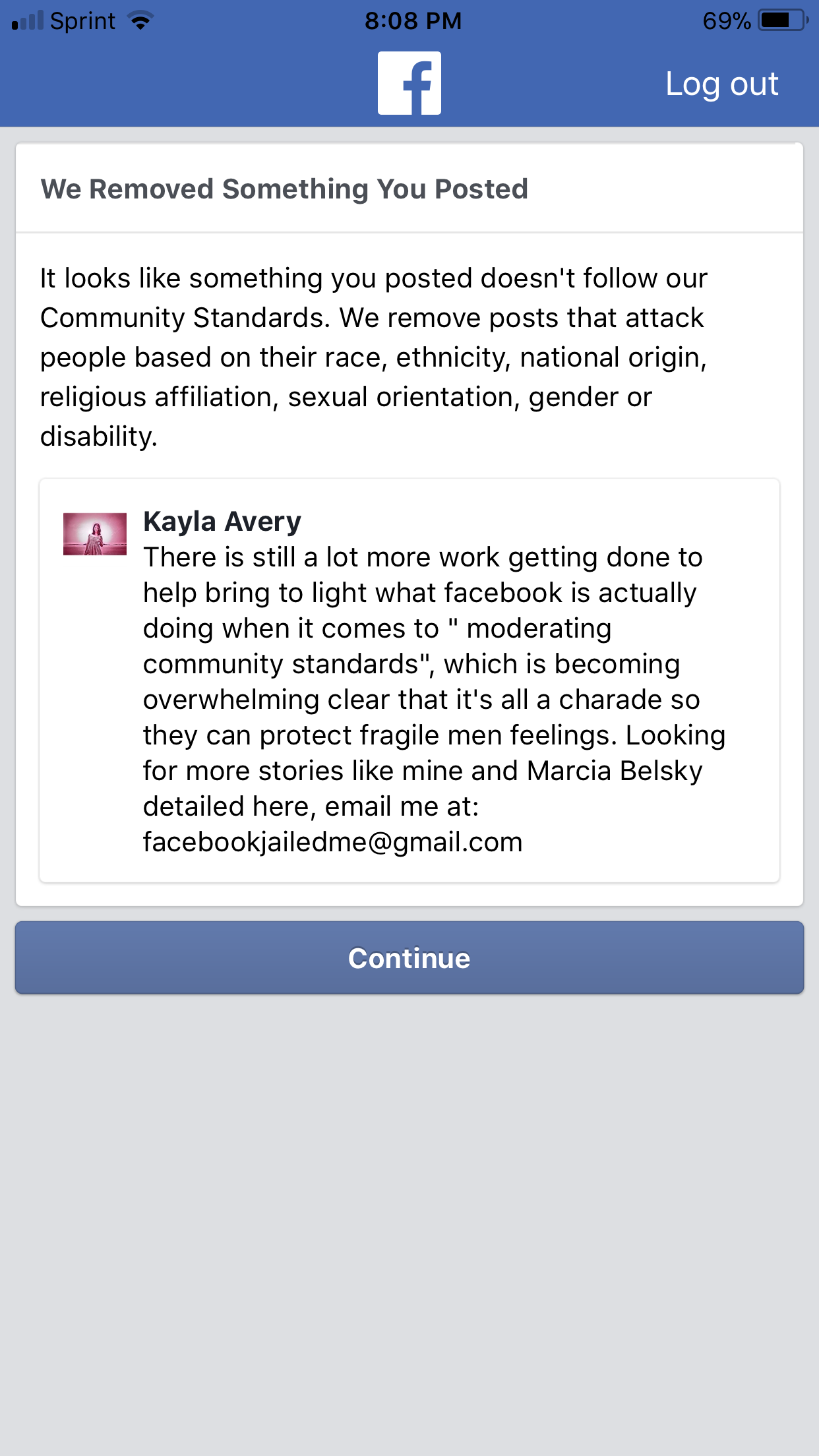 And here are the other posts I had removed after I was given a 30 day ban. 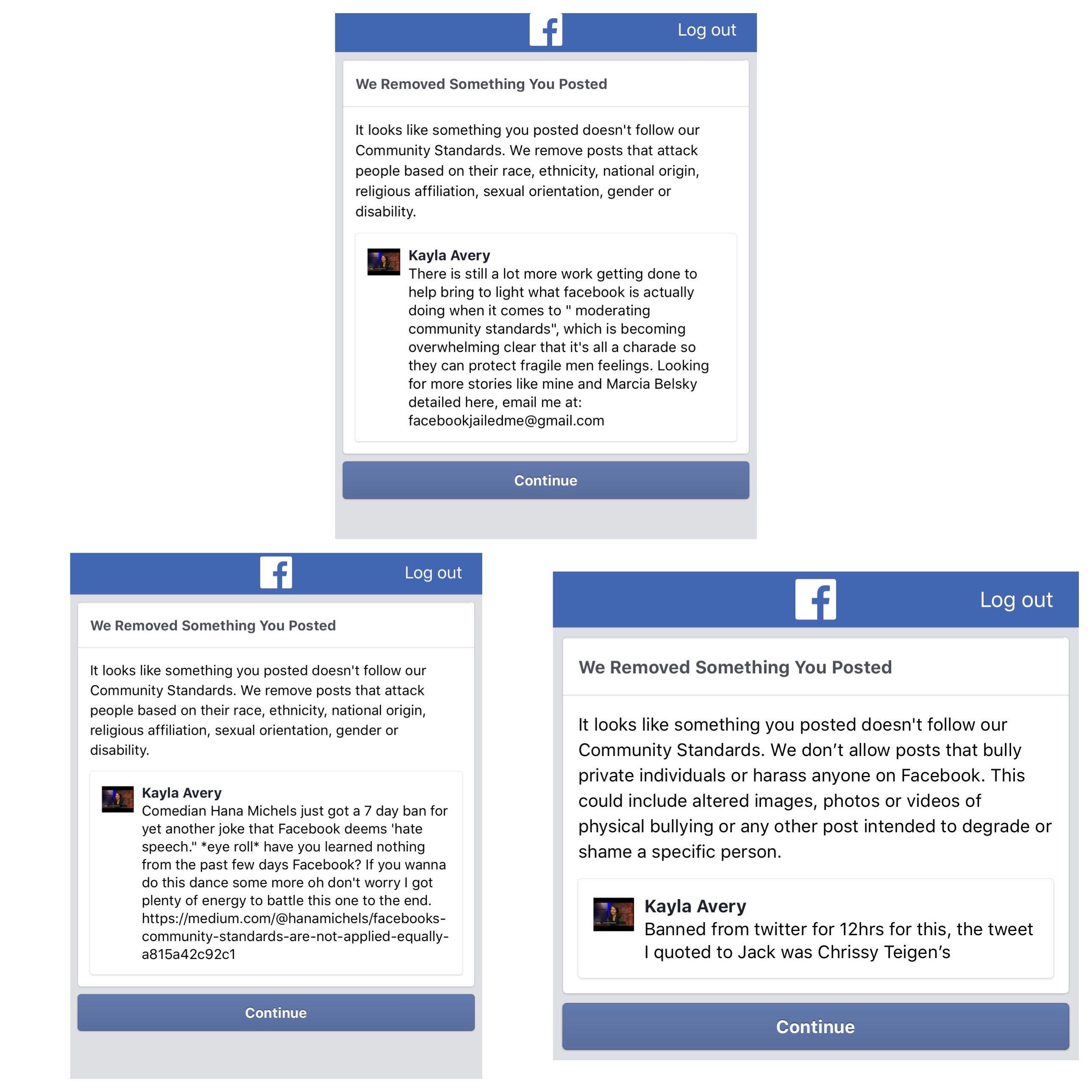