About a week before Propublica published their follow up investigative report into Facebook’s enforcement of hate speech rules, a spokesperson from Facebook reached out to this site asking if I had any interest in setting up a meeting to further discuss Facebook’s Community Standards. This is the email I got: 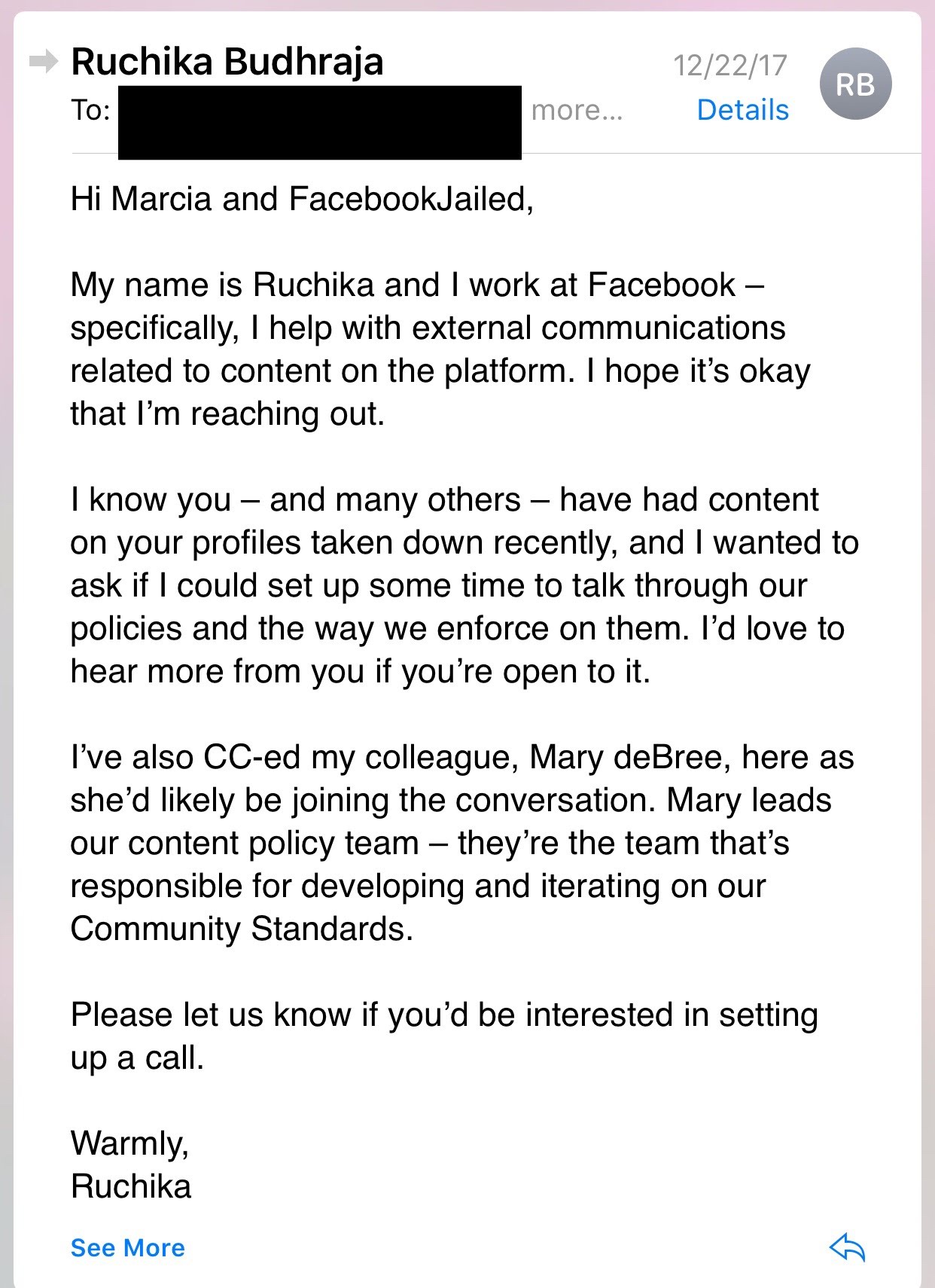 At first, I wasn’t sure whether or not I wanted to respond. Honestly, Marcia and I weren’t even sure if this was a real email or a clever phishing scam. After verifying the email was, in fact, a legitimate real email sent from a Facebook account, I still wasn’t sure if responding would be a good idea. The last thing I want to happen is to get backed into a corner by a tech giant and being forced into signing some sort of nondisclosure agreement.

Then Tuesday happened. The day after New Years, for many is the 1st back to work after the holiday or school break, since I live in New England, it was also another day of ridiculously bitter cold so a grumpy day all around for majority of us. It was just about the end of the work day, maybe an hour or so left before driving home in rush hour traffic, I found maybe getting yet another notice from Facebook that a post of mine violated community standards for hate speech and I was given a 30 day ban once again. The violating post this time said “Comedian Hana Michels is banned for 7 days for a joke post.” Laughing in frustrating for yet another ban by Facebook, but also at the fact that Facebook thinks we’re that stupid we wouldn’t notice them publicly apologizing for their white male bias in enforcing hate speech rules, just to turn around the next day to do the exact thing they apologized for. This got me outraged enough to finally respond to their email and this is what I had to say: 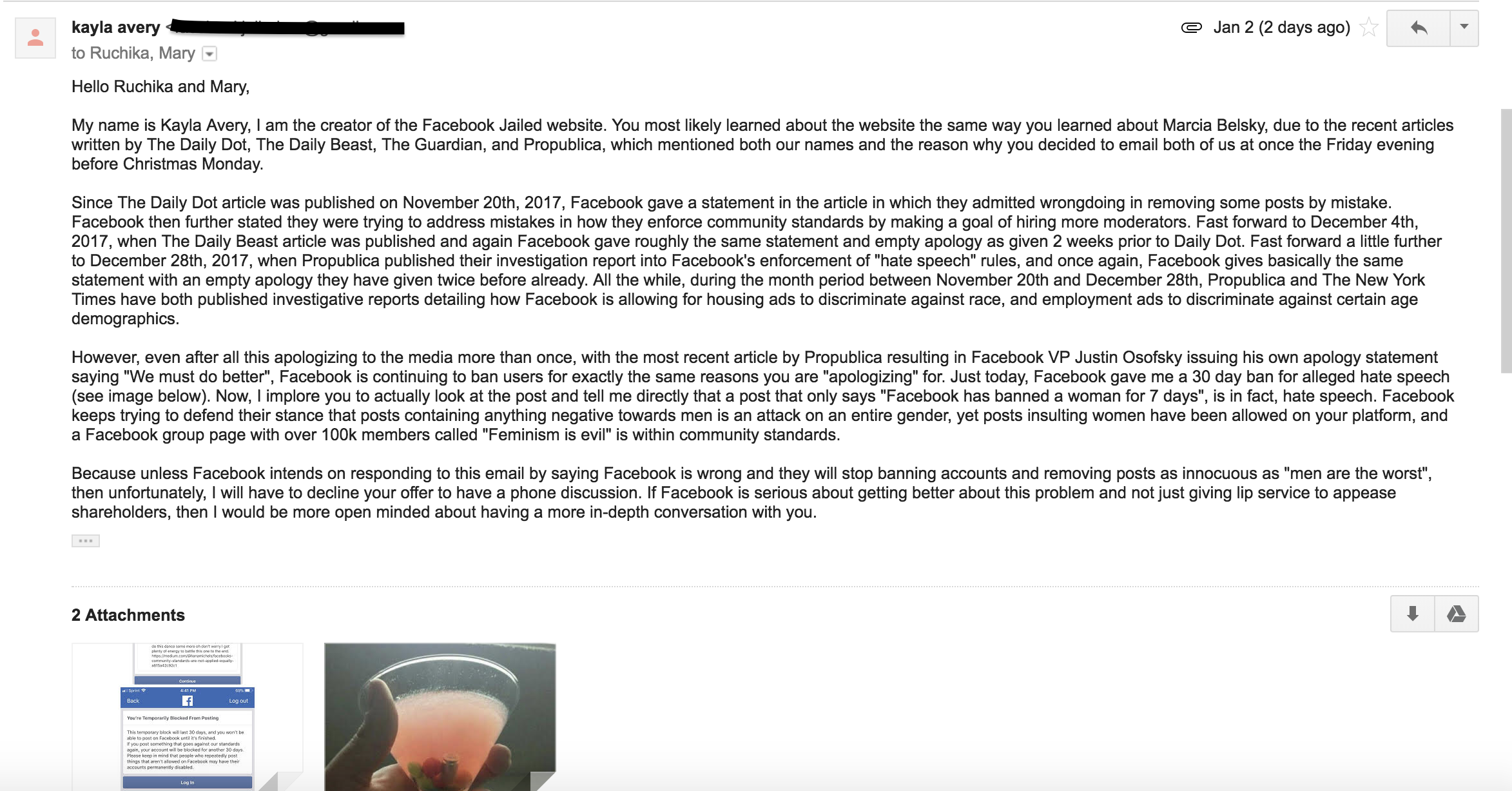 The images I attached to my response, was my post which I got banned for that day and the disgusting racist image mocking the late Trayvon Martin which was not in violation of their hate speech standards.

The truth is, Facebook knows exactly what real hate is, looks, and sounds like, they just don’t care nor do they want to stop hate speech, bigotry, and racism from being allowed on their platform. Why? Because they profit from it, plain and simple. Which is why public pressure is the only way we can get Facebook to change their white supremacy ways.