After coming across a grossly racist post in their news feed from an unknown white man which called black school children “inner city scum”, and said flat out he “hated the entire race” (very clearly meaning he hate all black people) the post was quickly reported as hate speech and unfriended the person. As per the usual when it comes to Facebook’s hate speech standards the post was not found in violation of their community standards. So when it comes to using the word “scum” calling black children scum is the only appropriate use of the word according to Facebook’s standards. 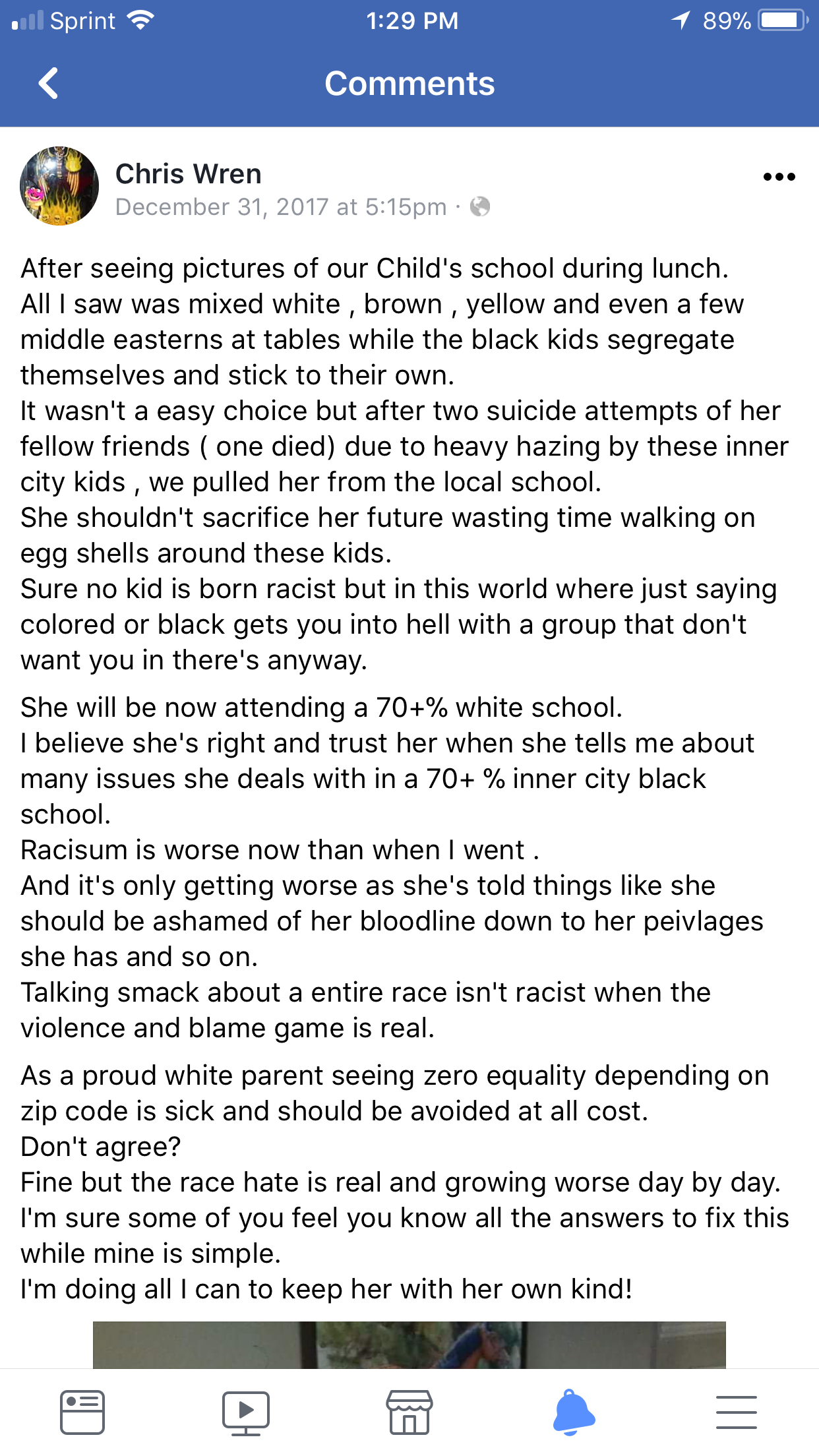 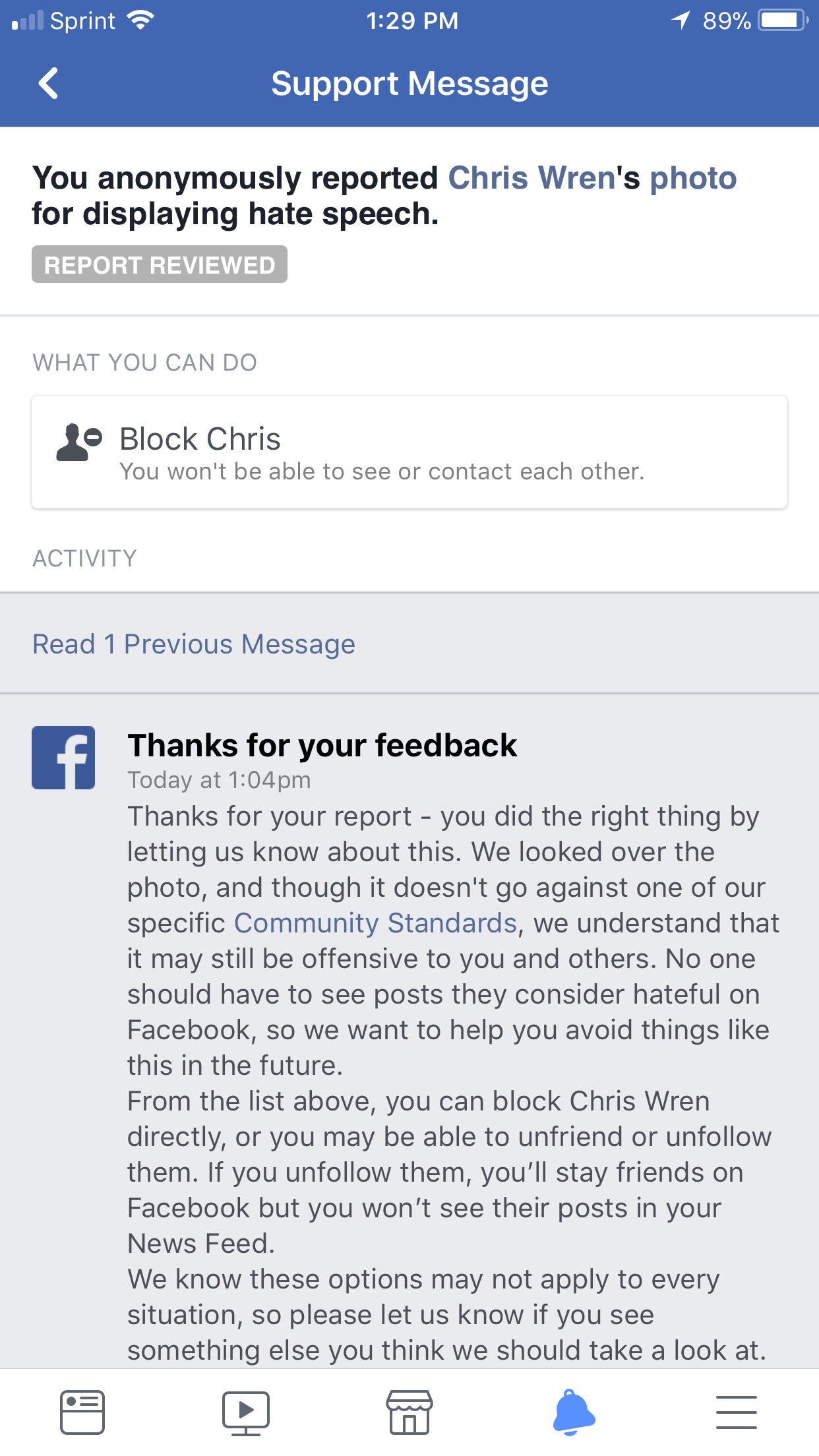