If you use Facebook on a desktop rather than on your smartphone app, you’ve probably noticed that you can no longer report individual comments on a post. Which is an odd move on Facebook’s part since they seem to be so profoundly eager to go after hate speech on their platform after all the recent headlines they’ve grabbed. However, just because Facebook has made it more difficult for users to flag and report hateful, disgusting comments they see on Facebook doesn’t mean that Facebook moderators aren’t actively going after those hateful comments themselves…And boy, oh boy, are they going after such hatred. At the same time Facebook canned Kayla Avery again for 30 days for “hate” post saying “Hana Michels got a 7 day ban”, Facebook went and deleted these two comments from a friend of Kayla’s who commented on 2 of Kayla’s posts. 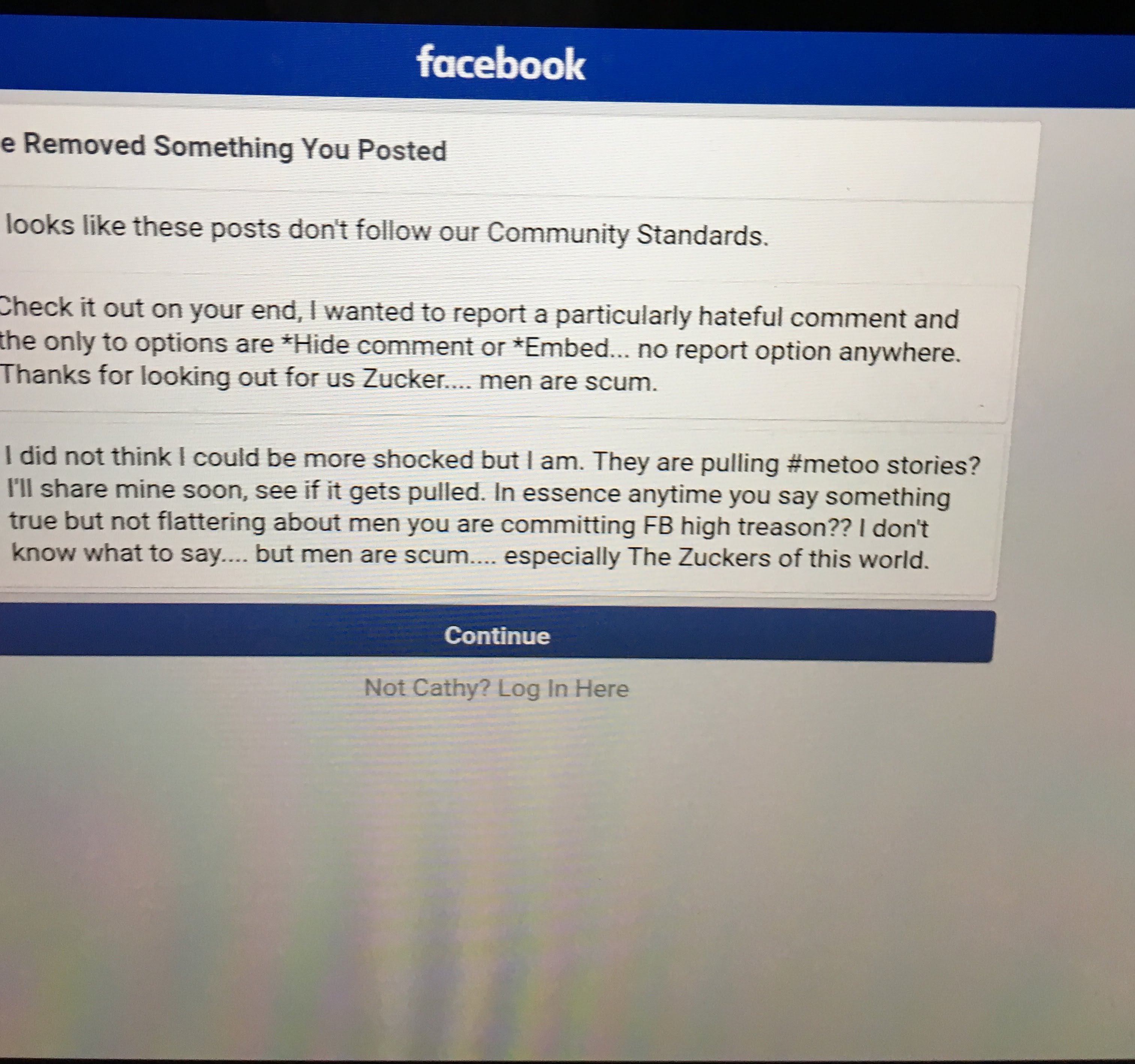