In December 2016, TechCrunch reported how Facebook banned Leslie Mac, co-founder of Safety Pin Box, for “hate speech” when she posted on her page speaking out against racism. As per usual, Facebook issued a limp apology and restored Mac’s account once the media got wind of what had happened. This is the post that got Mac banned on Facebook for violating hate speech standards. 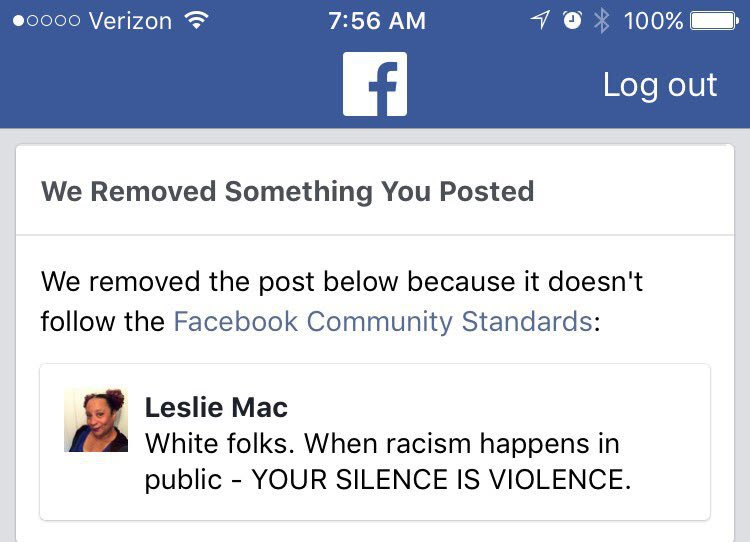 Fast forward 1 year, to the most recent investigative report published by Propublica and you will see exactly zero has changed on Facebook’s end when it comes to enforcing their community standards. It’s very clear that Facebook has no intention of changing their ways or business practices, because as of yet, they have been able to get away with only fake apologizing and then going right back to doing the exact same thing.

I know I’m not alone when I say that I am done with hearing Facebook’s apologies. If Facebook couldn’t get their act straight when they were called out for deleting Mac’s post, well then, Facebook was never going to change their ways.