Facebook’s ad review process of accepting ads to be on their platform or rejected for violating community standards are just as problematic as everything else Facebook does. As you can see, Facebook had no problems accepting certain ads, but then other ads were rejected for being in violation of their political ad policies. Of course, their standards for accepting political ads to be seen on their platform has little, if any, logic or reason to what they accept and reject for ads. 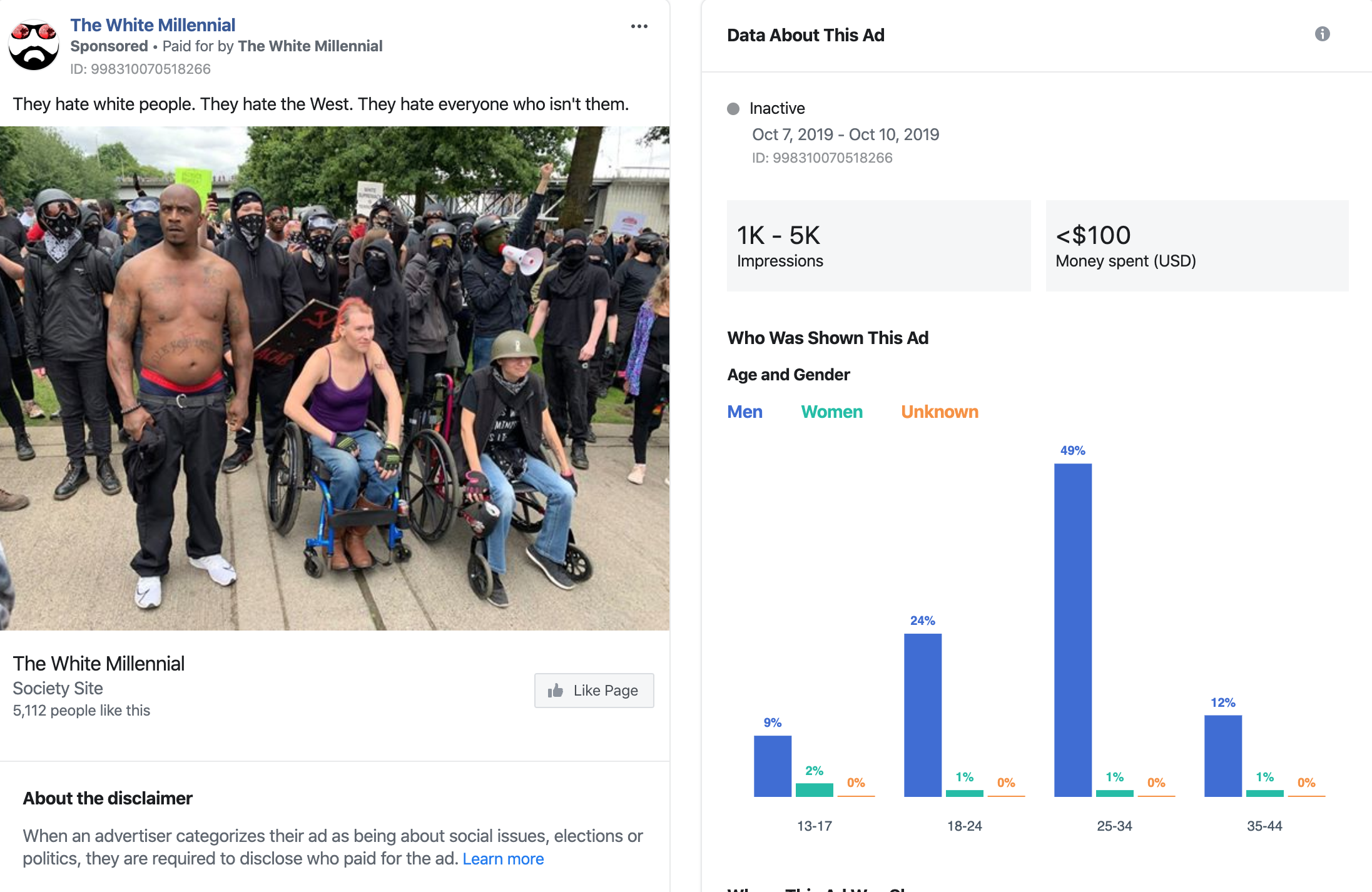 This sponsored ad ran on Facebook, which is alleged to be seen by approximately 5k users, nearly 100% of those users who saw the ad was men even though Facebook claims advertisers can’t discriminate by gender in their ads. Also of note, this FB Page of over 5 thousands “Likes” was approved to run political ads, however not all advertisers are so lucky to be approved to run “political” ads on Facebook. 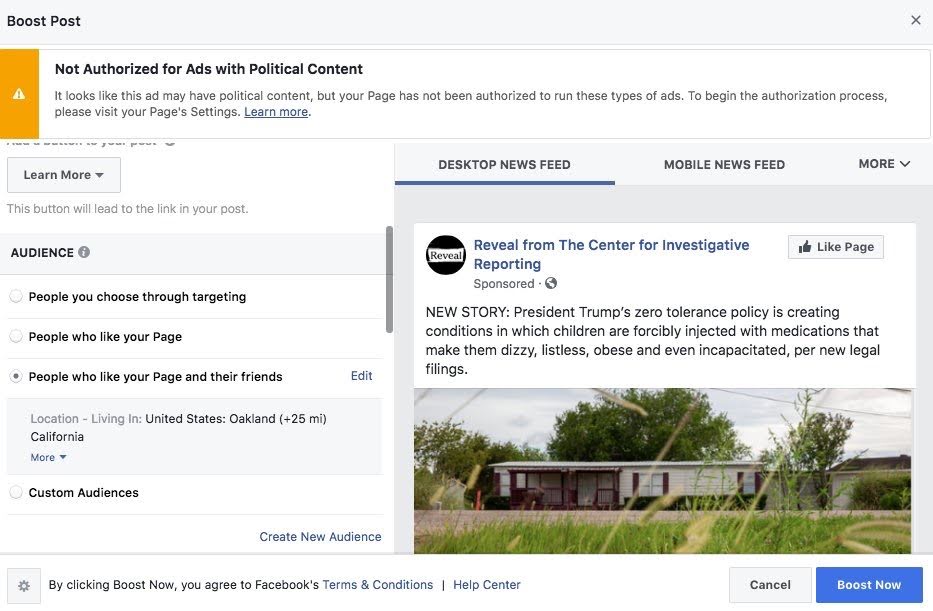 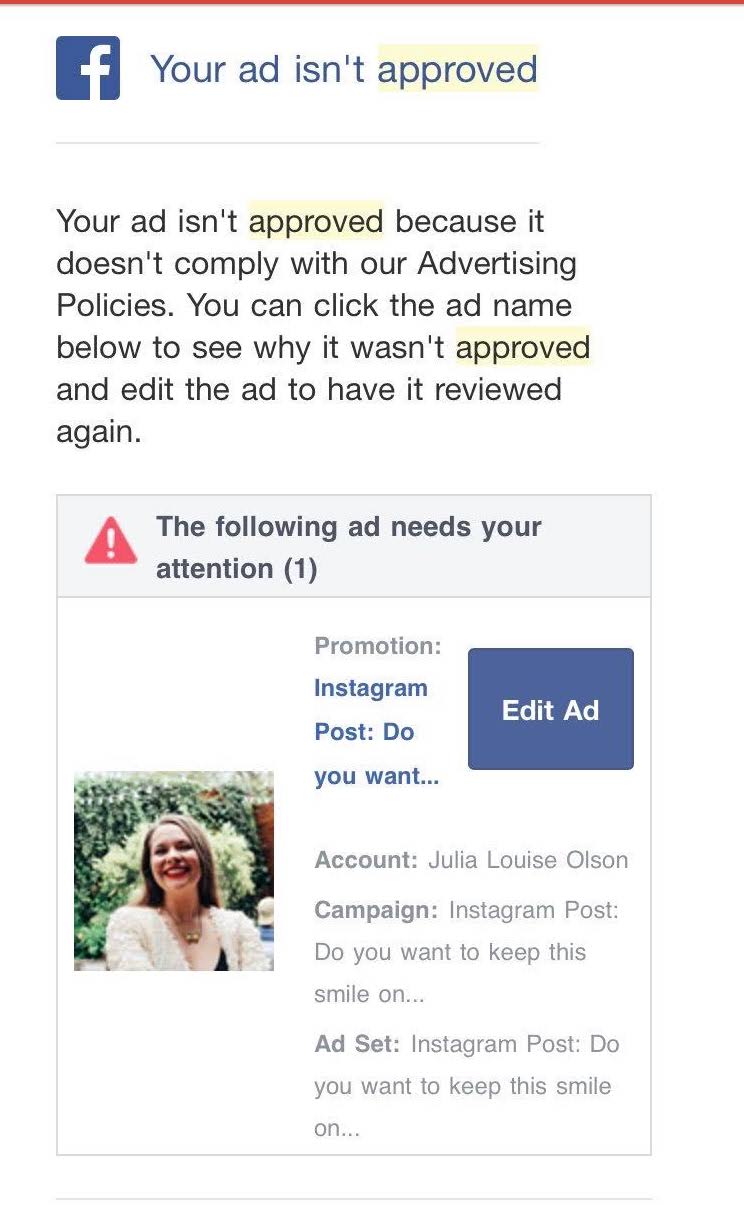 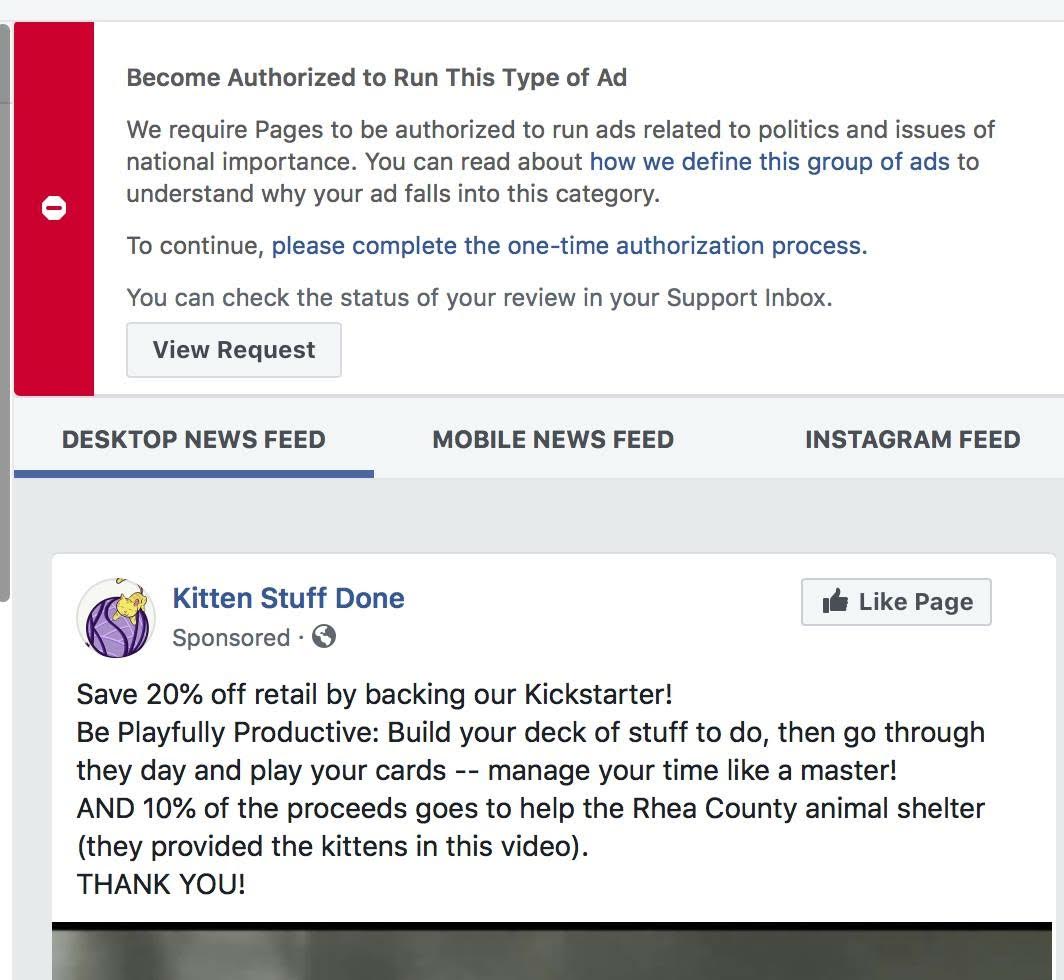