Once again, Facebook reviewers have shown just how backwards FB is working when it comes to moderating content on their platform. This week I got a notification that 2 posts of mine were removed for violating their “hate speech” rules, the posts which were in violation were these: 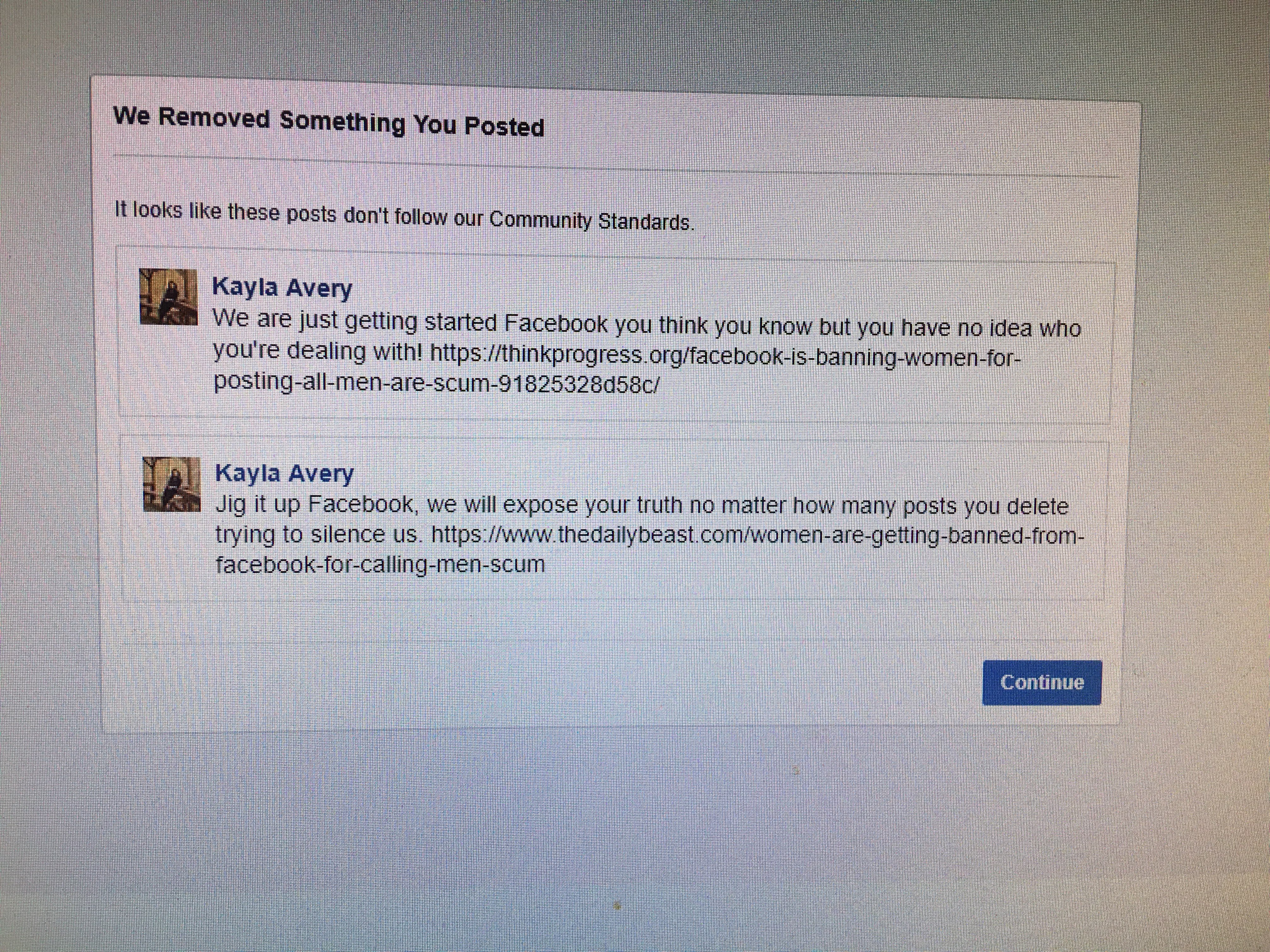 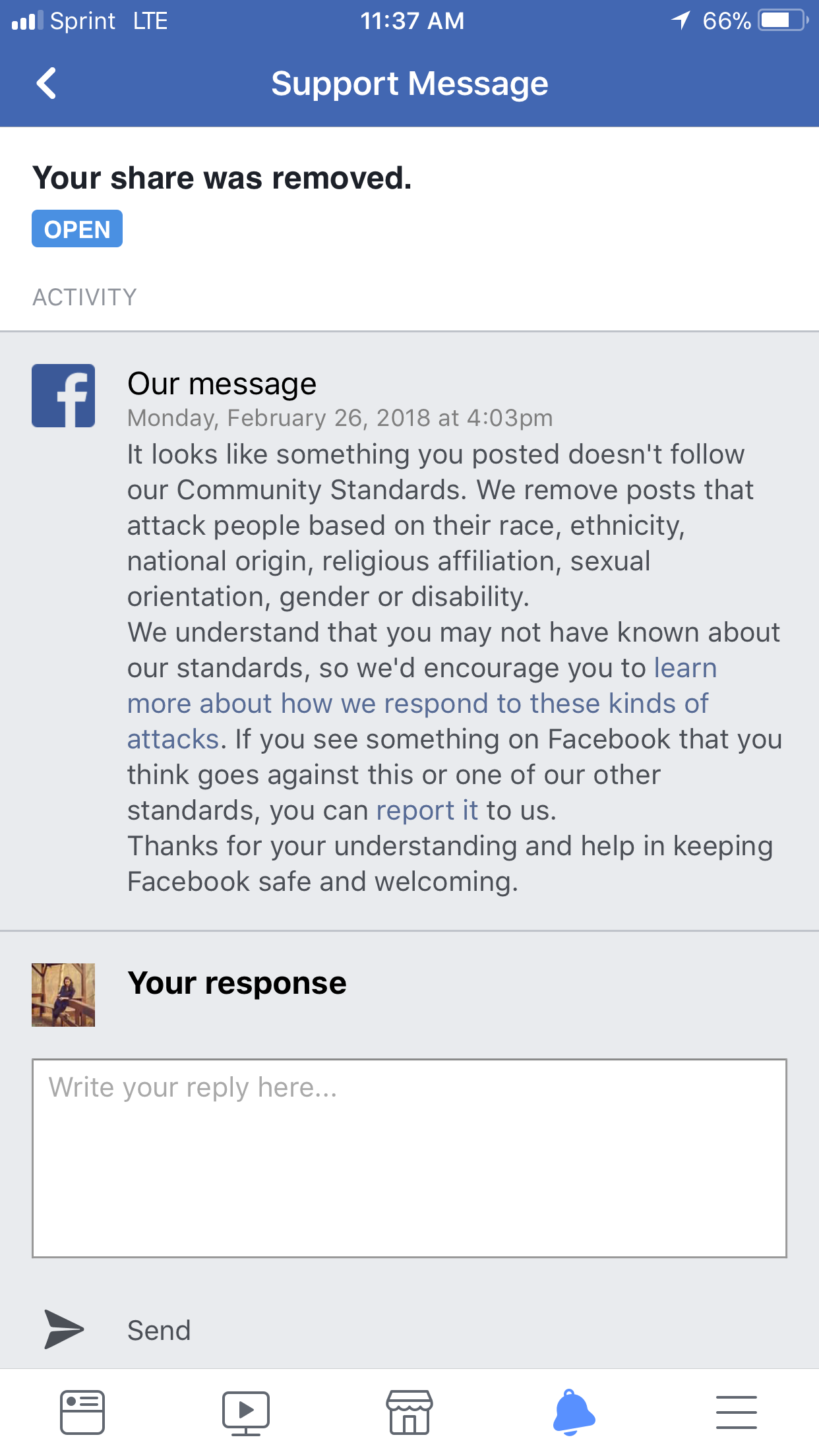 As you can see, two articles by The Daily Beast and Think Progress, both were originally published back in early December 2017, were removed this week by FB for “hate speech” violations. Really all I have to say about this one is that I would just love to be able to directly ask the reviewer who made the decision to remove these two articles and mark both as “hate speech” and ask them “exactly which part is the attack and who or what is being attacked?”

We need more direct answers from the reviewers themselves on what is going on at Facebook. Corporate spokespersons are paid to say pleasant things about giant corporations such as Facebook, so honestly I am tired of hearing vague, shallow PR statements by spokespeople, I want to talk to the people actually doing the work for a change.